A very similar wand accompanies the AAdrive transport. I'm always split between preferring a single remote which controls all of a catalogue's models or remotes specific to each component. In the first instance one gets redundant buttons, in the second one must juggle between two wands. Our front loader runs a modified TEAC CD5020 as one of the few remaining CD-only transports. Digits exit on coax and AES/EBU. That's perfectly sufficient in tandem with the stablemate DAC but I²S over HDMI would have been a nice value-added option. Of course then the  AAdac would have to mirror that.

To compare by contrast, I had a North Star Design Supremo DAC and Model 192 transport, an equivalent twosome also from Italy for mixed doubles. First of course the AAdac hunkered down next to my Antipodes S40 server whose equivalent width looked just right. How about sound? Aye, capisco! Audio Analogue the name isn't about formats but an aural aesthetic. Duh. Instantly their DAC flooded my room with sound pleasure as promised by their tag line. I had a shot of warmth, generous tone colors and wonderful liveliness the sum of which often goes by 'analog'. Right away it was clear that this machine wasn't about sterile number crunching but delectable tunefulness.

That began with generous and nicely sonorous bass. The AAdac seduces us from below with its bass registers. Take the Dave Brubeck Quartet Jazz classic "Take Five" from the Time Out album. Eugen Wright's stoic double-bass line carries it along. The Audio Analogue rendered that with proper substance. I nearly felt the presence of a big resonant sound body in my room. When Brubeck's piano takes over, the timbre shift was clean and clear. Luscious yet cleanly differentiated tone colors were definitely a forté. Likewise for Paul Desmond's alto sax; but first, Joe Morello's brilliant drum solo halfway through the track. Again the upright bass plays backdrop against which the percussionist works out furiously. The toms carried pressure and drove power and energy into the scenery to never allow any doubt that taut drum skins and not oscillating strings created this. Nearly as an aside, the output stage demonstrated plenty of headroom to work out even stout level changes with nonchalance. Macrodynamics won't have you look elsewhere. 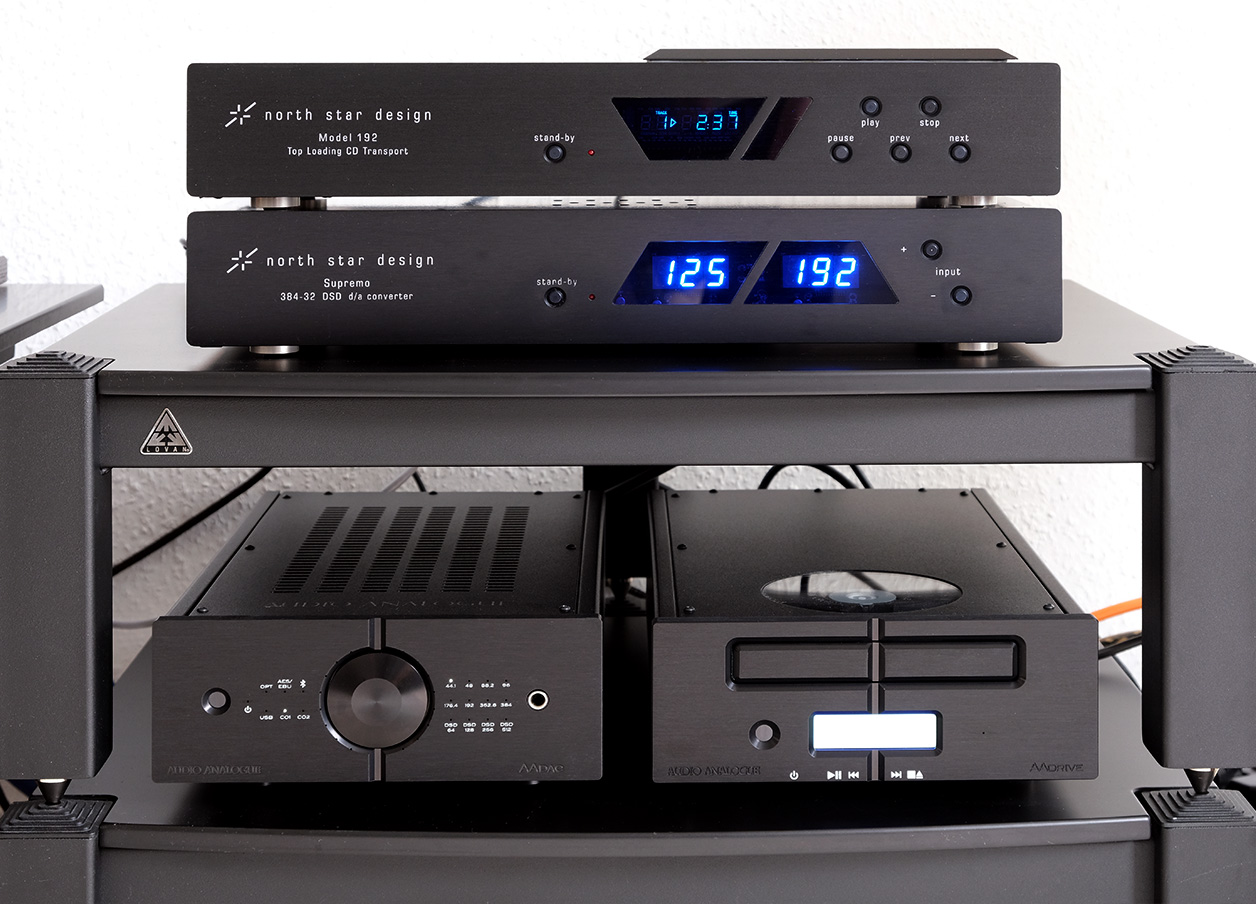 My €3'000 North Star Supremo made for a useful counterpoint. The percussion solo had equal appeal but worked out different accents. Here bass felt a bit slimmer, strings seemed to hold a tick higher tension, skins battened down harder. The drums expressed impulsive explosiveness more than timbres. Technically, the Audio Analogue seemed to emphasize the trailing edges, the North Start the leading edges. This surprised me about my DAC when a €2'750 Audiomat Tempo I'd compared to it earlier in the year had actually felt leaner. So these three converters express different personalities. The Merason DAC-1 might combine their diverse talents but costs rather more and is functionally more limited hence likely of lower general appeal.