Delivery was in two small Plywood boxes with drawer lids and twelve couplers each. With four per tier, I had enough to outfit our entire double-wide rack. 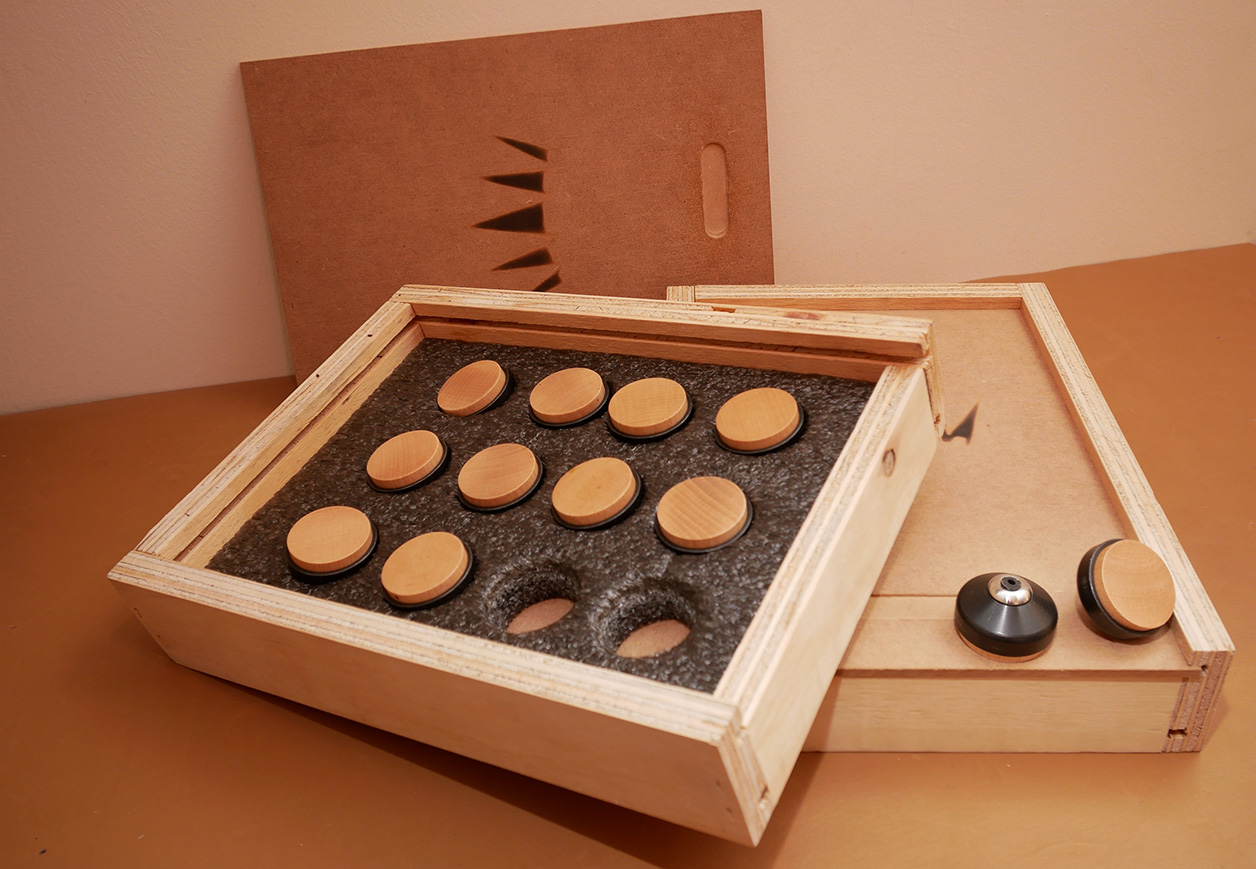 Just then I had a parallel review assignment of a complete Ansuz power loom—Mainz8 distributor with 7 matching Mainz8 power cords—plus an extended loan of Børresen 02 speakers to take the pulse on the combo and, upcoming, add the new Aavik U-380 integrated amplifier for the full Viking mayhem. But already these first two temporary Nordic additions had peaked our system on resolution, speed and dynamics. That made for the perfect test bed in which to conduct my neoprene/beech experiment. 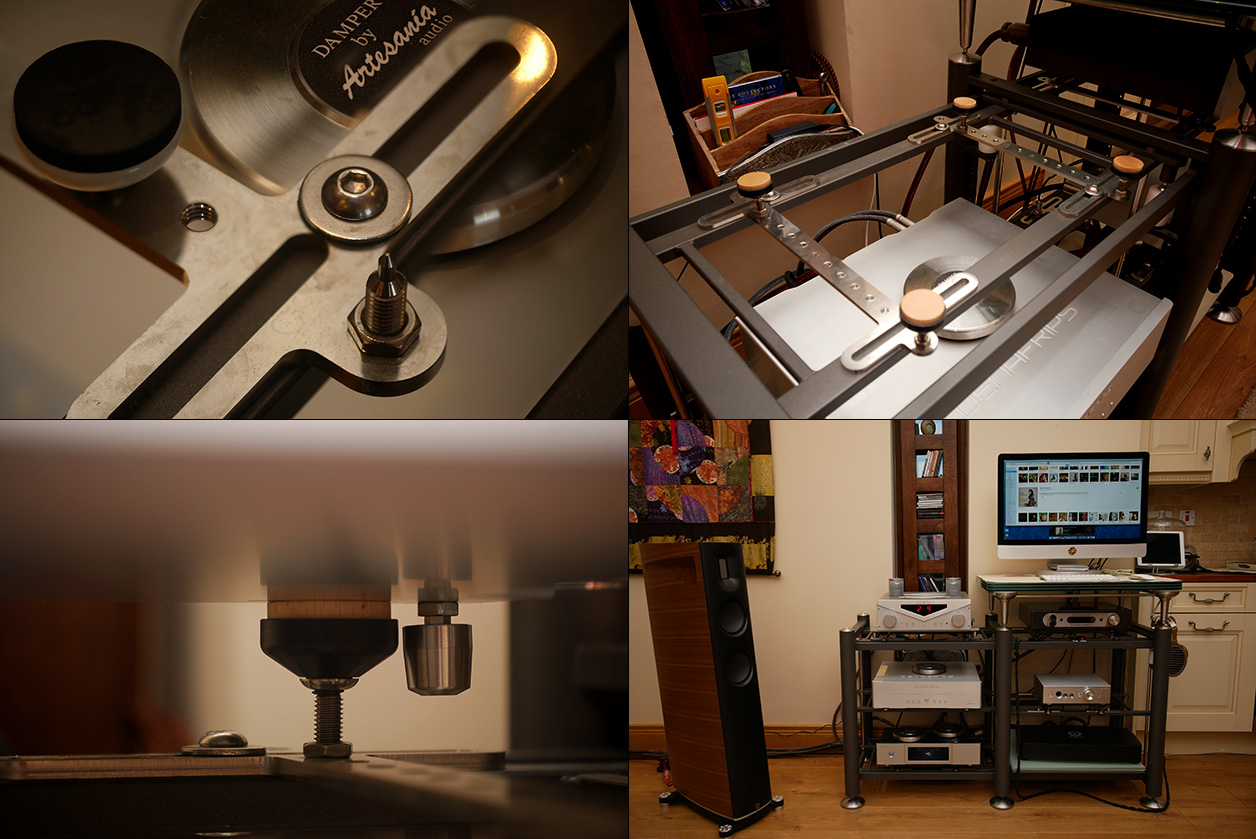 The supports for the disks had also changed color from white for our original neoprene units to black for the new beech variants. This could indicate a slightly different material makeup. Swapping them was still child's play of course.

The upshot of these easy trials was plain and simple. Everything to do with cleaner transients—rhythmic vigor, image specificity, microdynamic steepness—notched up a click or two. The softer interfaces bled out a touch of precision and rhythmic snap. They also mellowed out the crispness of performer outlines, thus reduced focus. 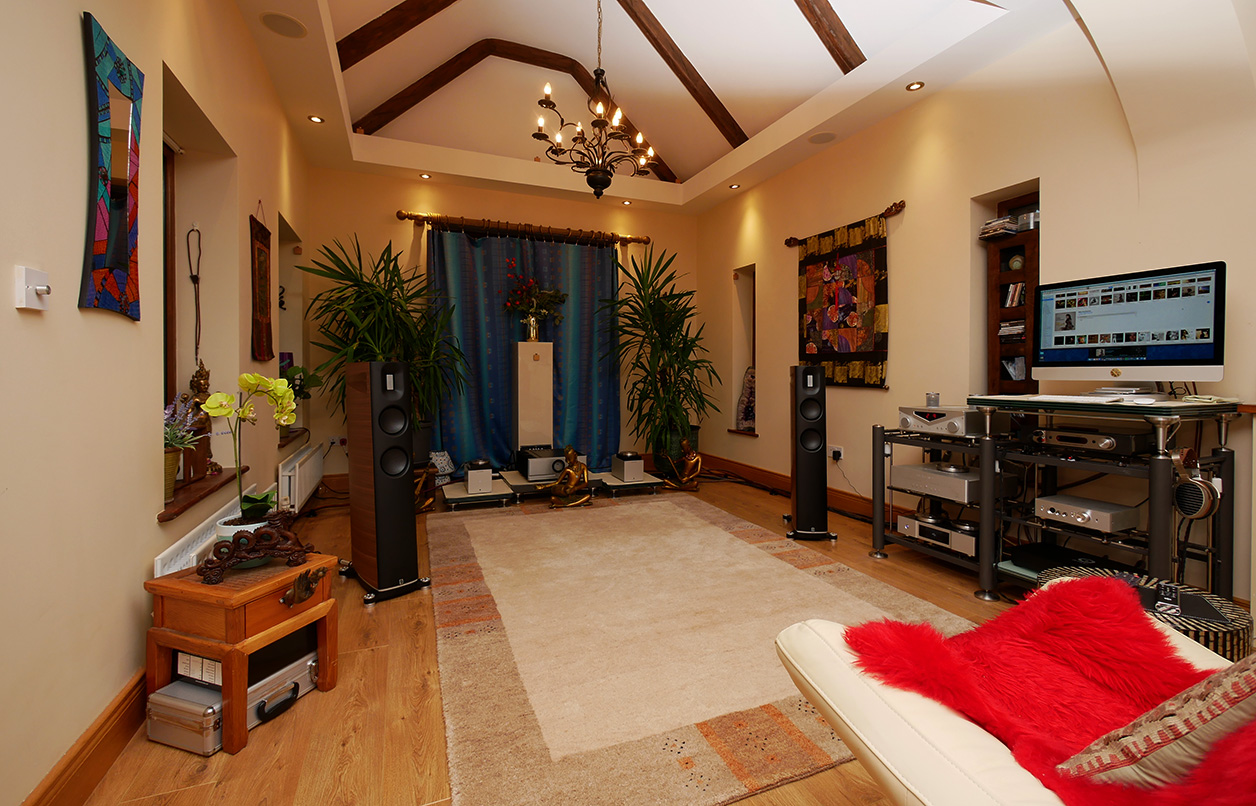 Applying very high magnification power to such apparently marginal changes, the shift between spicier/keener vs. mellower/softer was easy to demonstrate. With Year's End just around the bend by then, a set of these, for the Artesania-racked hifi buff who already has everything, would make a perfect stocking stuffer. Indeed, that's a suitable wrap. Having everything plays lovely shorthand for a dialed system in which all the primary and secondary hardware of sound-making then sound-influencing kit has already been sorted. It's that enviable juncture of the virtual Sunday when even God took a break from creating the world. Now one ought to eat lots of apples and rest in-between. But inveterate tweakers despair of running out of things to improve shy of making more big changes. Artesania's beech couplers aren't that. They're fine seasoning agents like swapping our Western Electric 300B for Elrog 300B or VT52 in the Vinnie Rossi Signature preamplifier. Where that example won't hold is that these footer changes stayed clear of tonal-balance shifts. As I heard them, they revolved exclusively around a different treatment of leading edges and the various ways in which our hearing interprets that.

So play footsies not under the table but under your gear. I bet your ears will have a say on the matter. What you prefer I can't predict. That you'll hear a difference I'm quite sure of. So it's something to investigate for yourself…