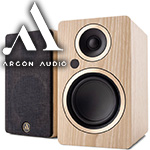 This review first appeared in May 2022 on fairaudio.de. By request of the manufacturer and permission of the author, it is hereby syndicated from the German original to reach a broader English audience. Ed. 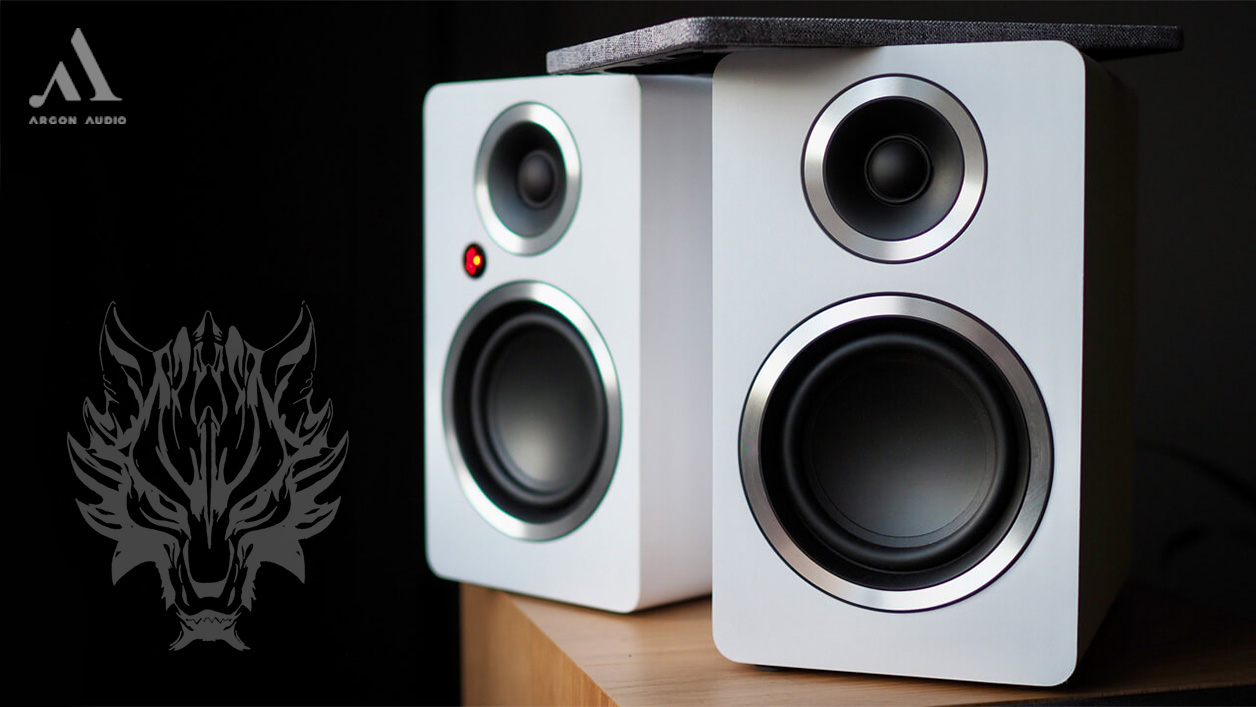 Modern gods. In Nordic myths, the Fenris wolf aka Fenrir was the first son of the god Loki and the giantess Angrboda. The other gods feared Fenrir's boundless strength to restrain him with their magical Gleipnir shackles. They managed too even if ol' Tyr, god of war, lost his right hand in the ensuing scuffle. Let's hope then that nomen isn't omen with Argon Audio's €329/pr Fenris A4 so its snappy 75 watts of class D power won't endanger me, my friendly neighbors or any surviving Nordic gods. 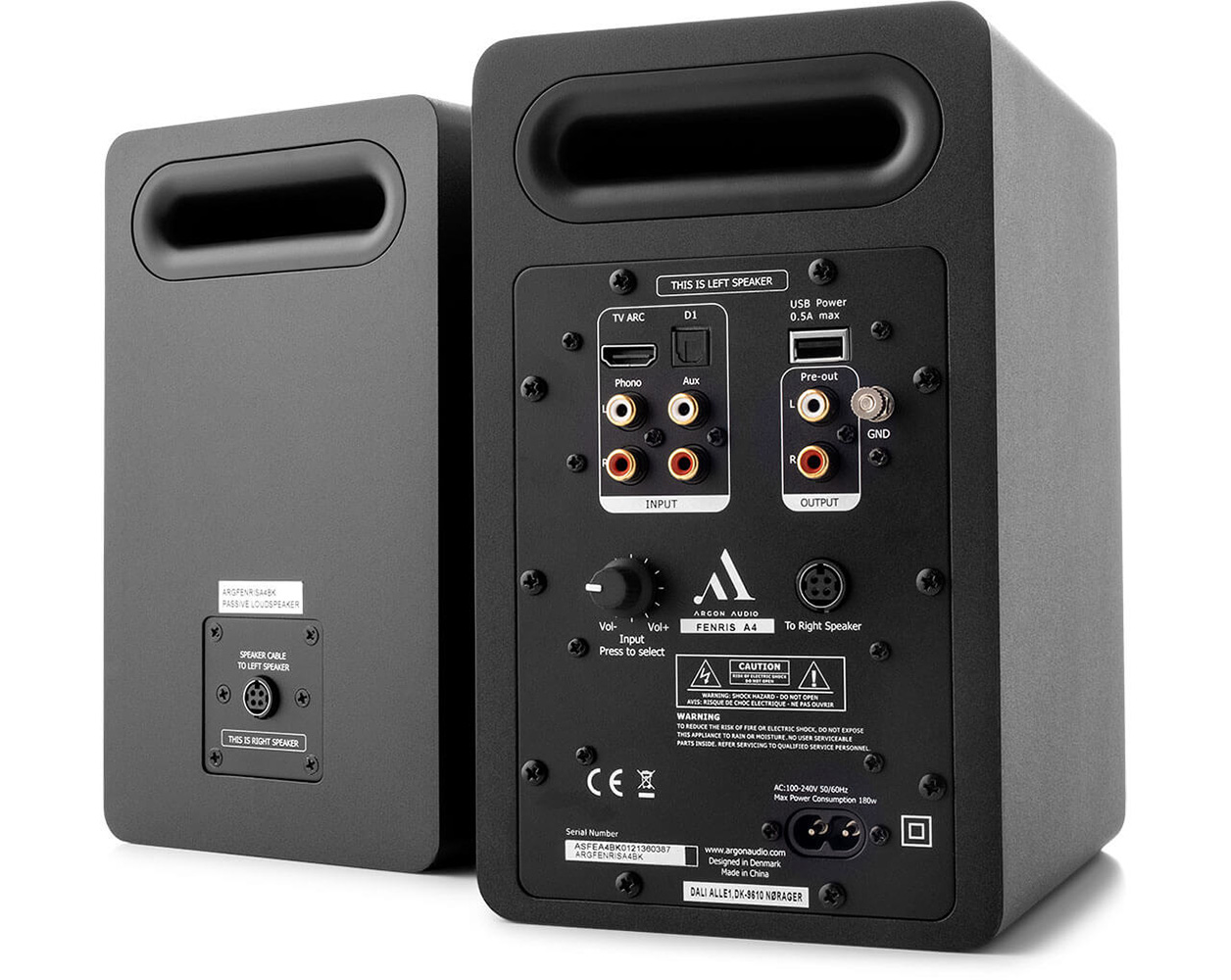 Of course neither my neighbor Herr F. nor I are superstitious types; nor are 75 watts in this class overdone. 50 watts reach the mid/woofers, 25 the tweeters. That means a bona fide active speaker whose filter network sits ahead of its amps which connect directly to the driver voice coils. There are no passive energy-robbing filter parts in the signal path and each driver sees power which is custom-tailored to its needs. 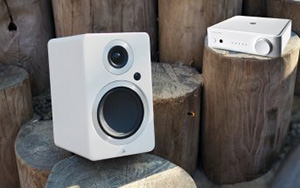 The paper mid/woofer is a 10cm sort i.e. 4 inches across as the model name implies. Even 50 watts of go juice behind it shouldn't endanger anyone with infernal pressures. The driver in its unspecified metal basket vents through a rear-firing slot port purportedly good for 52Hz from a 14 x 24 x 22cm WxHxD enclosure volume. We'll see. The 0.75" soft-dome tweeter is smaller thus of lower moving mass than the 1-incher of the $€499/pr Forte A5 [right] which had served me reliably and without any conniptions during its review. Lower mass also reflects in the 22kHz reach so higher than bigger brother's. The motor even gets rare-earth neodymium, far from a given in this class. The lot is housed in an MDF cab of attractive dimensions whose vinyl wrap wasn't quite as dialed. On my loaner pair, the plastic skin's edges could have been trimmed a bit smoother and less obvious which fortunately was played down by the magnetically attached stylish grey-silver grills.

This enclosure is the only area where cost-cutting measures are obvious. On connectivity meanwhile, Fenris A4 exceeds the costlier lacquered Forte models. Aside from Toslink, MM phono and line level on RCA there's a stereo pre-out (the Forte A5's was mono) plus HDMI ARC (audio return channel) in lieu of the A5's second Toslink. Howdy convenient integration with a TV and its volume control. Of course there's Bluetooth and in 5.0 rather than the Forte's 4.2 incarnation. Gone is 'audiophile' aptX support which in this weight class I thought just fine. The physical volume control is on the master speaker's back to augment the included remote control or a smartphone's Bluetooth slider. That's practical not just for a desktop. 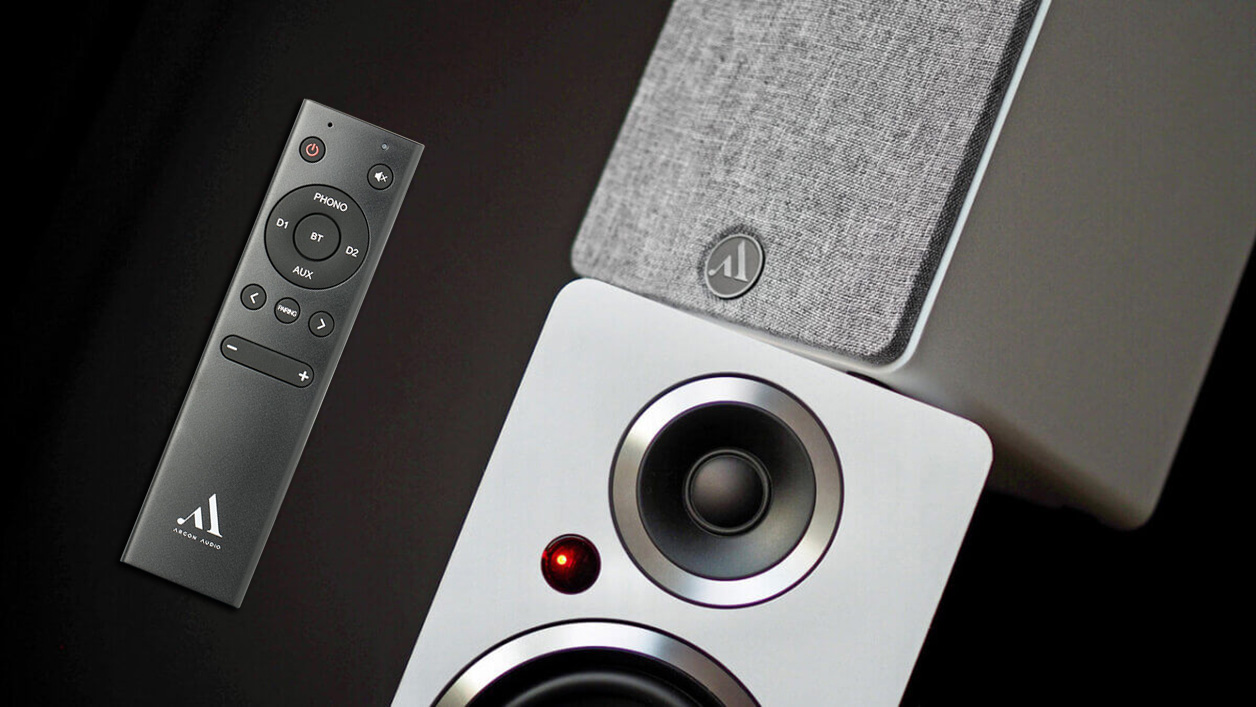 Where there's a master there must be a slave. The passive box connects via 3-meter 4-pole umbilical. 6/10-meter specimens are in the Online shop's accessory pages; or with Hifi Klubben dealers. Likewise for two apparently new wall mounts suitable for all compact Argon models. Wall mounts, HDMI – one suspects that Argon Audio don't just position the Fenris range as quality 'true' stereo competitors to soundbars. Let's find out whether that aim found its arrow and how music came off.