Could we explain that? Each Pandora had been fed from a different power distribution block which shared the same wall outlet. The Lara preamplifier too ran off one of the power distributors. Trafomatic are known for their excellent power supplies but ground still remains ground as it comes from the wall. We think that with Castello in place, all three components had their signal grounds harmonized – leveled out as it were. 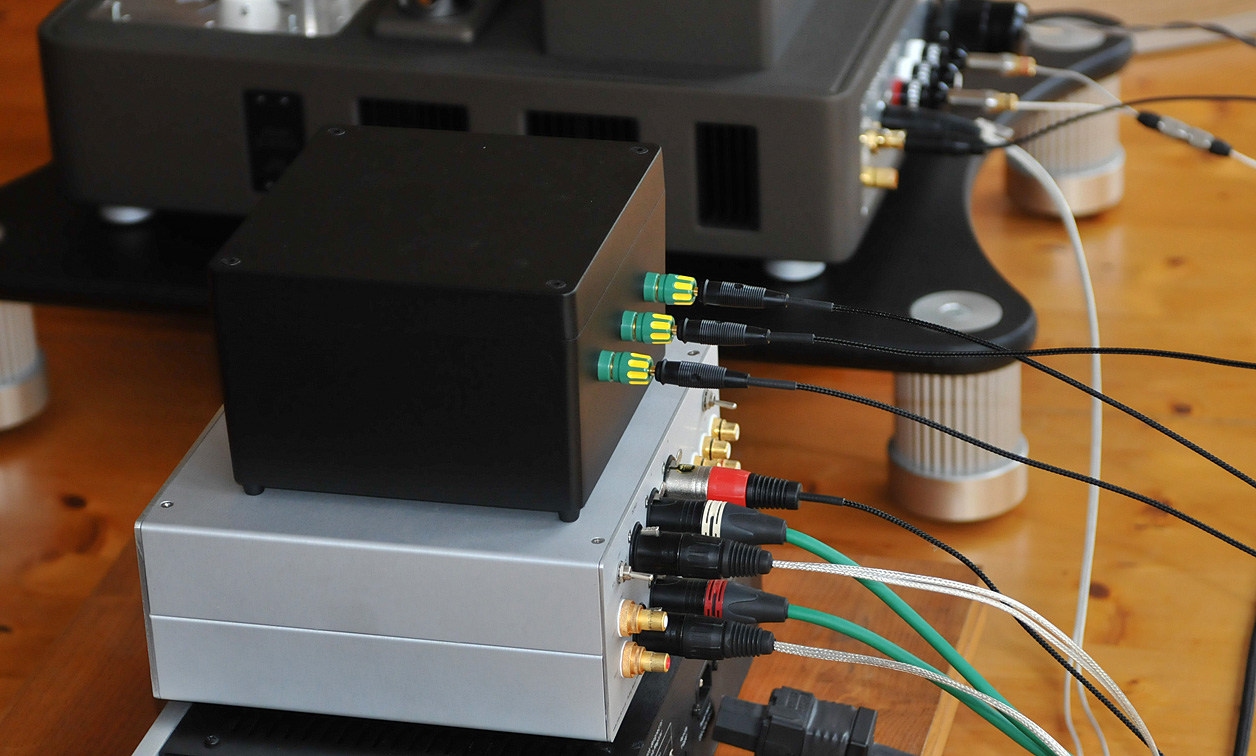 In another setup, we replaced Lara with the Music First Passive Magnetic preamplifier. Adding the Castello repeated the same result. Time for further experimentation. Upstream in the system sat the digital source of SGM streamer and T+A DAC8. These were powered from a different wall outlet from where an AudioMica Allbit Consequence power cable fed another power distribution block. That Polish cable has a built-in power filter which also takes care of protective earth (ground). The streamer connects to our home network via a Pink Faun LAN isolator providing galvanic separation which includes the ground connection. A balanced cable connects DAC to preamp. We now swapped that filtering Polish power cord for a Nanotec without filter. What was the result? Mind you, the filtering of the cable is executed before any equipment power supply gets involved. 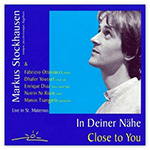 After rebooting the SGM and DAC which were now running unfiltered, we listened to the system without the Castello. Music signal was Dhafer Youssef’s Sounds and Mirrors followed by trumpeter Markus Stockhausen In Deiner Nähe which also features the Tunisian singer/oudist. Once the Castello returned, the difference was obvious again. A last trial moved the Castello further up the food chain to treat just to the DAC with some trip wire to overcome the distance to the preamp. You might have guessed that the result was beneficial once more.

Cleaning up signal ground does make a difference. Passive filtering of the common/shared ground of a system's components, or at least some of them, results in a more coherent and natural sound that does not fatigue. So where on the list of things to have sits this Castello? One of the biggest if not the biggest factors in home audio is the room itself. Unfortunately for most of us, that's the immutable given. But we can gain a lot with treatments. Adding acoustic panels, absorbers and the like will adjust the room’s influence on the sound. On the downside, these additions to one's decor are not the best way to keep a spouse happy. Less invasive but at a very different budget are the likes of Acoustic System resonators.

Adding one basic, one silver and one gold resonator to a room behind and between the loudspeakers improves coherence not much different from adding a Castello though you will have to dig deeper into the pocket. Following the list of gravity on sound quality is your type of loudspeaker. For an average 30-40m² room, we prefer a nice stand-mounted monitor with its directivity, agile character and non-invasive placement options. Augment with a subwoofer if needed. Put a ported 3-way loudspeaker in the same room and things can quickly overload. With the Castello in place, one can fix the discrepancy between room and too heavy a speaker towards a more monitor-like presentation but only at low volumes. Power line conditioners work on a different basis than the Castello. Most address the live and neutral lines, some include ground. From our experience with the PS Audio PowerPlant, regenerated or galvanically isolated power creates a blacker canvas for the soundstage. That is something Castello and its brethren don’t address. As an add-on, a Castello will instead focus on the details of a sonic painting, on the fine brushstrokes and nuances of colour. Subtlety is key.

Software like HQPlayer offers a mind-boggling variety of digital filters and conversion math. They all have an effect. It takes ages to go through all the combinations and pick what one prefers. Some make big differences in a negative way. Others are very subtle and dependant on the music. A well-recorded classical piece will reveal those subtleties while a hard rock track is completely oblivious. The same is true for Castello’s influence though it is a set'n'forget affair without any adjustments. If completely going off the grid is not an option and your system is mature and to your liking—meaning you have addressed the bigger influences on the sound already—this ground conditioner goes a long way toward adding coherence to how well your components work together.