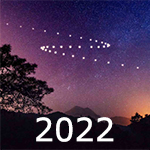 Given booked loaners on hand, my year 2022 had essentially concluded. That stimulated retrospective. Though hifi shows made a big comeback, I attended none. So I won't comment other than being done with traditional reports. As trialed with my Warsaw pre-show report this year, if sufficient manufacturers show their cards early—on what novelties they'll release in Munich or Warsaw in 2023—I'll host more such advance pages. I find them more useful than classic after the facts. That gets us to a little experiment I made this year. With my sex change to stereo 2.1 in full swing, I wanted to know how small one can hang to still climax. I mean speakers atop subwoofers; not physically atop but in bandwidth. Whilst head shrinkage already factored with my resident sound|kaos Vox3a and Acelec Model 1 monitors, I wanted extra pin-headery. Raidho's Xt1 fell into my existing ballpark, MonAcoustic's SuperMon Mini finally topped it by being smaller still. Actively high-passed with an icOn or Sublime filter, Dynaudio's sub from their Pro division sees a mirror-imaged signal to bypass its built-in DSP filter. Then it sits forward by 86cm to compensate its 2.5ms latency. Now I enjoy fab full-range time-aligned success with minimum visual impact in a small room. I think more households could love such a system. To pursue it requires that deeply entrenched audiophile thinking first dig itself out to consider proper subwoofer integration and what that means for prospective speaker mates. A steep 80Hz transition does not require stereo subs to come off invisibly. It isolates mini speakers from any LF to even present at their voice coils. Hello more dynamics, lower excursions, lower distortion plus all the advantages of active adjustable bass. Not everyone wants to stare up a Wilson Alexandria; or has room and board to host two in the first place. And – these mini aluminators from Seoul are still proper isobaric jobs so house an internal driver to rear-load the visible cone. 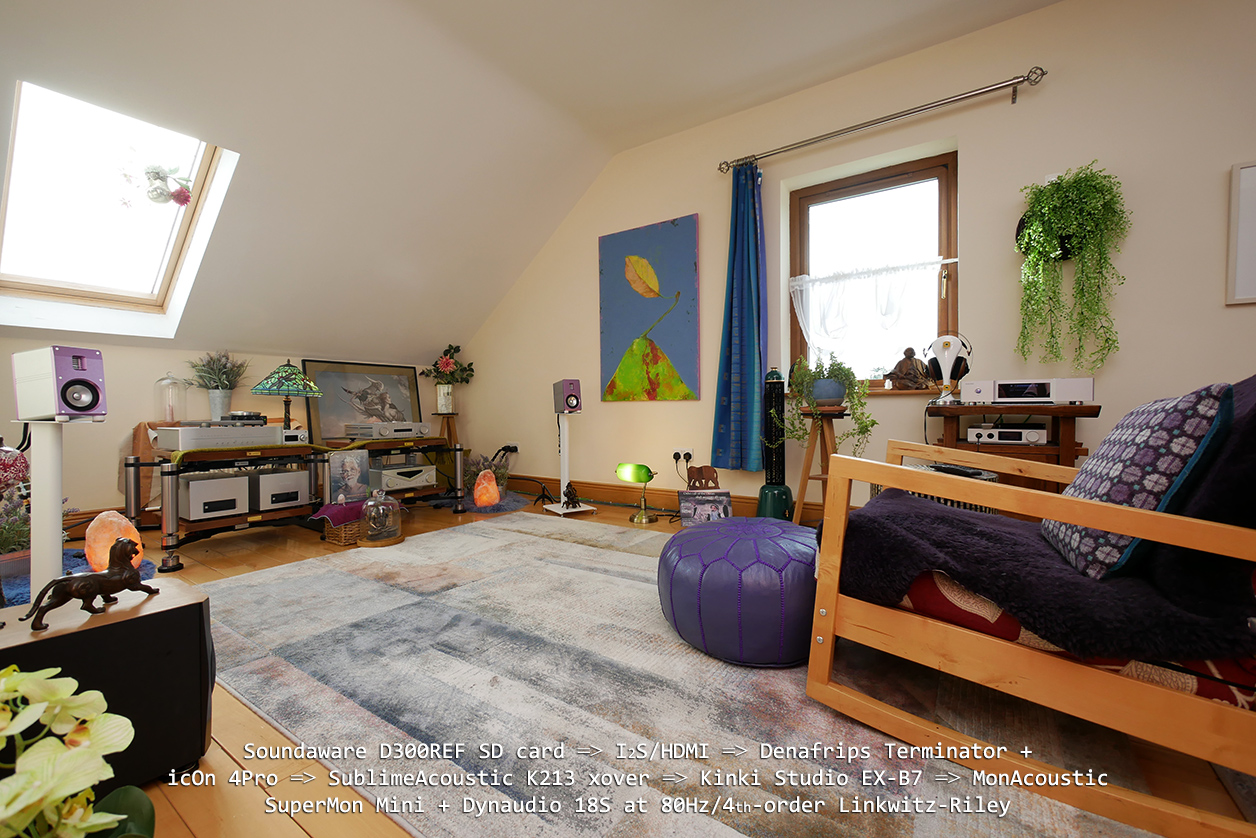 My second little experiment looked at whether I could equalize the playback quality of cloudy files with my local-files sound. As it turned out, I could. It cost all of 700 retail euros delivered. It's LHY Audio's SW-8 network switch plus 1m CAT7 cable with proper Telegärtner plugs sourced from e(u)tailer audiophonis.fr. LHY are a subsidiary brand of Jay's Audio and named after the combative tiger fish. They're dedicated to accessories like linear or battery power supplies, a master clock and more. I parked my carved-from-solid switch right on the iMac's lazy Susan stand, Apple SuperDrive sandwiched. Now the iMac's network card no longer sees our commercial fibre-optic router at the hardwired end of a 20m CAT8a wire. Instead it sees a buffered/reclocked signal at the end of a short leash. Finally streaming Qobuz Sublime subscription files sound as good as their locally stored brethren. Don't believe that a quality PC/Mac with extra RAM is no proper solution. It just needs little helpers. What those are—proper player software, a USB bridge on the output, a good network switch on the input—I've detailed elsewhere already. 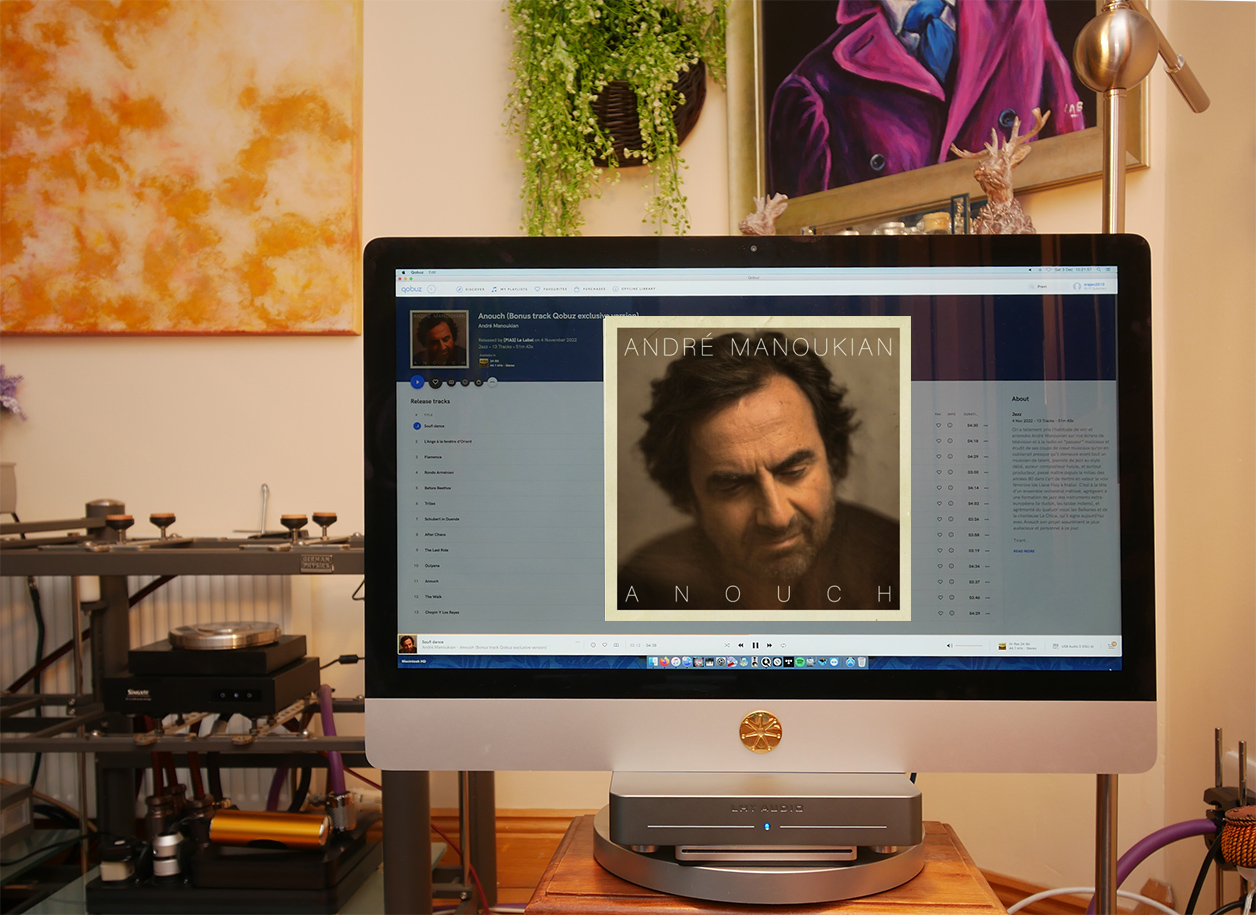 Vitamin C could be good all'round is a suspicion 2022 fostered. Hear more signal less room is the gain; cardioid dispersion its enabler. I'm already a staunch believer in cardioid bass. My enthusiasm for Ripol subs is well documented. But Dutch&Dutch's 8c already years ago proposed doing it for the midrange as well to minimize sidewall bounce. As I learnt from Warsaw, my contender for weirdest name in the biz—Silent Pound!—propose their own take on it with the Challenger. I've not yet heard it. The concept of 'invisible' room treatment simply makes sense. I hyphenated invisible since speakers/subs whose controlled directivity minimizes reflections aren't transparent ghosts but very real physical objects. Still, if effective they decommission extra wall treatments. And like miniature high-performance speakers mated to one compact sub, that's happy days for domestic peace. Who wants their crib looking like a recording studio? With two hindsights across 2022 plus one foresight into 2023, this now wraps my little retrospective; and not in egg crates!