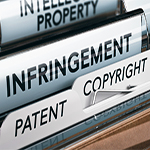 Adidas loses NY trial against Thom Browne over three-stripe design. That was the headline of cnnstyle's January 13th news post. "A Manhattan jury on Thursday said Adidas AG had failed to show luxury brand Thom Browne Inc's use of stripes on its clothing infringed the sportswear giant's signature three-stripe trademark… Thom Browne had argued that, among other things, its designs have a different number of stripes." How much were Adidas hoping to sue for? "Adidas had planned to ask the jury for over $7.8 million in damages plus additional punitive damages and a cut of Thom Browne's infringing sales according to a court filing. It also requested a court order stopping Thom Browne from using the designs." How litigious are Adidas in general? "Adidas has filed over 90 lawsuits and signed more than 200 settlement agreements since 2008 related to the trademark, according to court documents in the case. Thom Browne previously used a three-bar design on its clothing, changing it to the four-stripe design after Adidas objected in 2007."

If we unpack the above as it relates to hifi, we appreciate why patents don't get filed more often. 1/ it's expensive. 2/ unless you're super litigious and have deep solicitor pockets, patents don't afford real protection. I'm told that to enforce patent infringements, one must pursue all known offenders. If one pursues one but not another, subsequent protection can be revoked. So not only does it cost money to secure a patent and a lot more to get coverage in all of one's core markets. To enjoy any protection from patents, one must actively pursue infringements with costly lawsuits. Add the fact that to have a patent awarded in the first place mandates disclosure of what makes the invention different enough from prior art. That could reveal more than is practical if one wants to maintain secrecy. It's why particularly smaller companies don't bother. Patents and real protection from them are mostly a game which only big players can afford to play. Everyone else could feel better off keeping schtum about their IP or making it too difficult to replicate. Of course when it comes to a company or model name, registering your trademark is key to avoid subsequent copies especially in the same market segment.