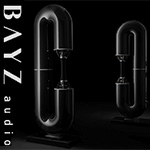 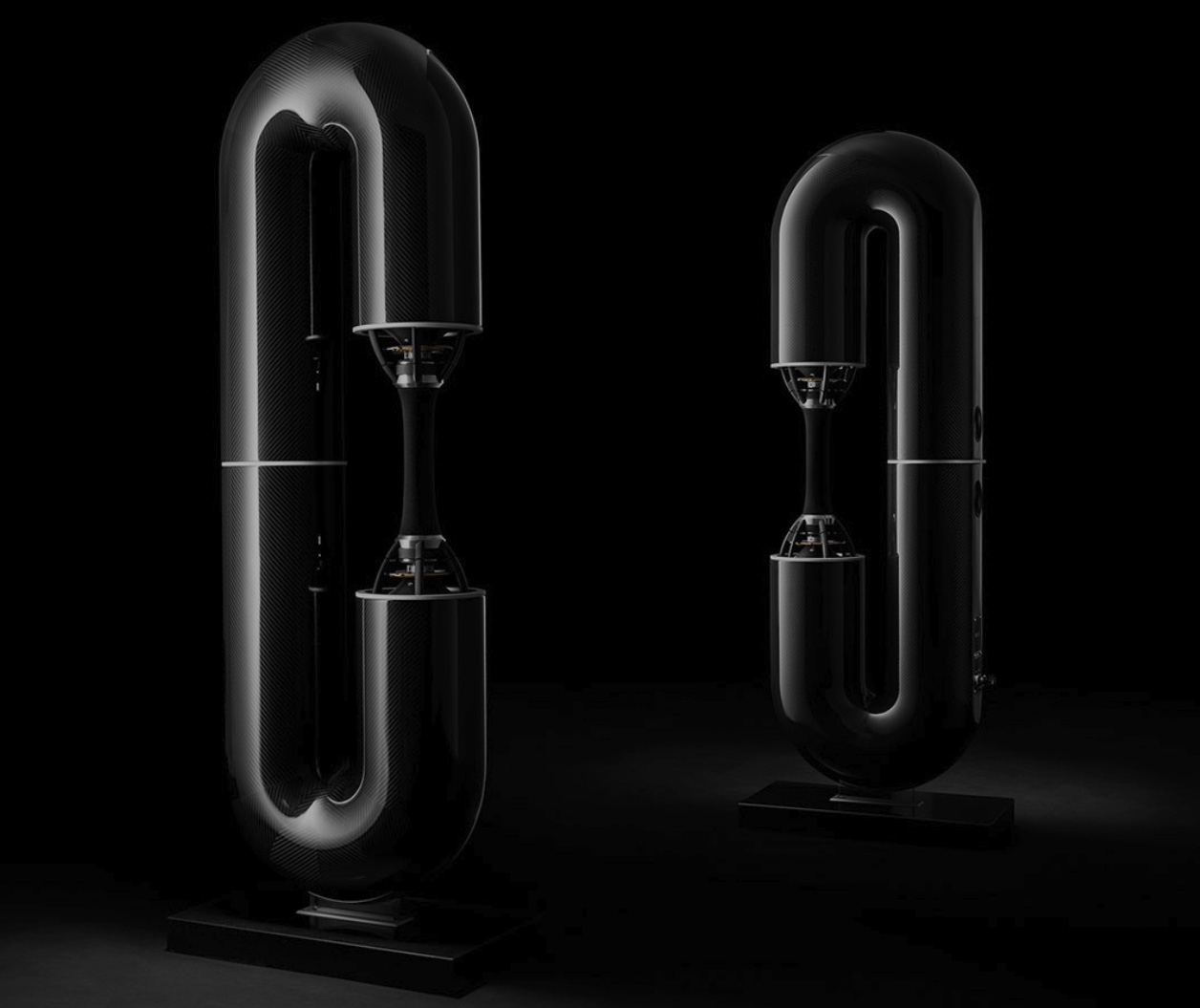 As covered in last year's show report of the HifiDeluxe in Munich, Bayz Audio there premiered their unique omnipolar Courante speaker which curved a thin-walled carbon-fibre tube into an upright C whose open section was bridged by their proprietary pulsing-rod tweeter. For this year, inventor Zoltán Bay has announced his flagship Counterpoint model. 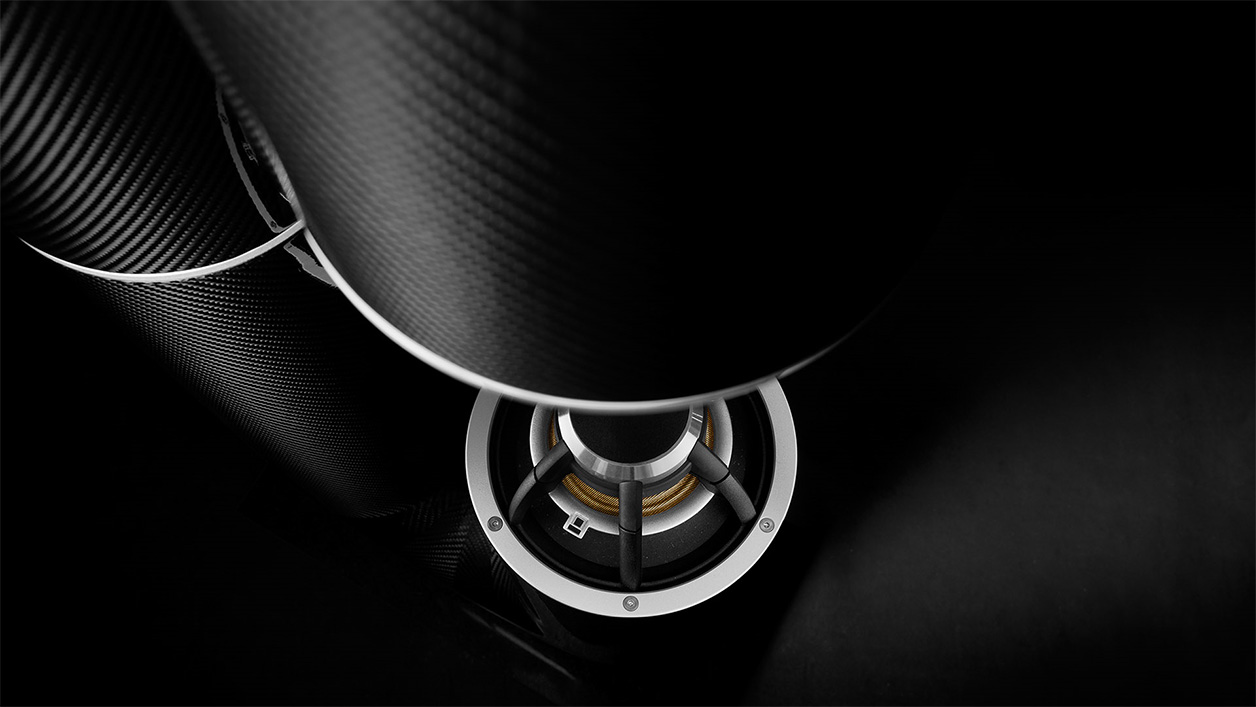 His now internationally patented driver goes by the BRS acronym for Bays Radial Speaker. "The Counterpoint is a radical design change and marks a quantum leap in loudspeaker technology. The BRS was developed by inventor Zoltán Bay as an idealized way to provide a superior phase-coherent pulse that radiates a sound field in full 360° dispersion with vanishing low distortion and inaudible ringing. The development of the BRS took over a decade of painstaking development."

Per Zoltán: "When compared to other state-of-the-art speakers, the Counterpoint has a faster impulse response, much cleaner decay and very low ringing. My intention was to design a speaker with the lowest distortion signature and an idealized pulse with perfect frequency response in all direction." Renowned Danish electroacoustic engineer Frank Nielsen was tasked with building custom-designed woofers to match the speed of the BRS. His solution uses two ultra-quick 9½" woofers for powerful bass, fast transients and detailed resolution. The Counterpoint enclosure, sculpted by race aircraft designer András Voloscsuk, is entirely of carbon fiber and lined with a proprietary damping compound to completely eliminate unwanted vibrations.

As a small-production novelty with unique tech, a pair of Counterpoints is expected to sell for a whopping $97'100/pr. Since most of us couldn't apply, the show at the Marriott hotel will be our only chance to hear one of these in person. Don't say you've not been put on notice…