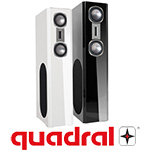 This review first appeared in March 2020 on fairaudio.de. By request of the manufacturer and permission of the author, it is hereby translated and syndicated to reach a broader audience. All images contained in this piece are the property of fairaudio or Quadral – Ed. 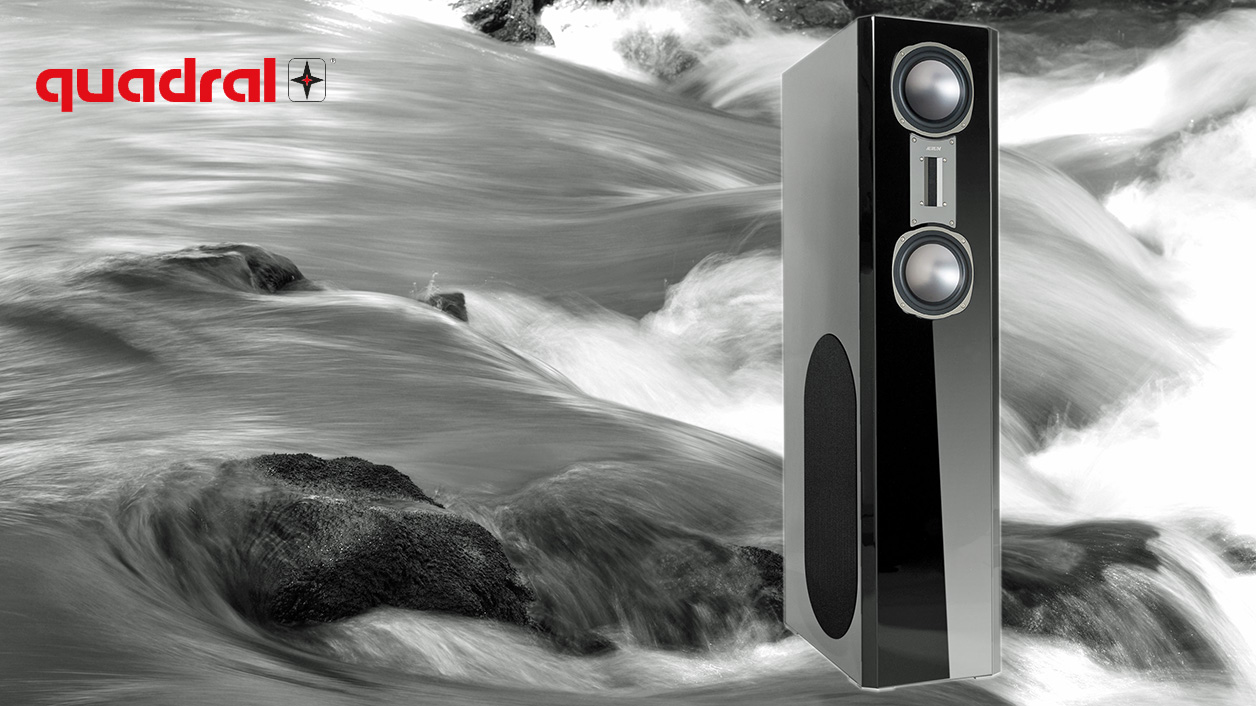 Honest. Unpretentious. Linear. Technically solid, even engineering-level tooled. That's how I look at the premium Aurum range from our traditional German loudspeaker house, Quadral of Hannover. Their first-gen Titan flagship bowed nearly 40 years ago. Since then, the company's proprietary solutions have included in-house built ribbons and special Altima alloy diaphragms. 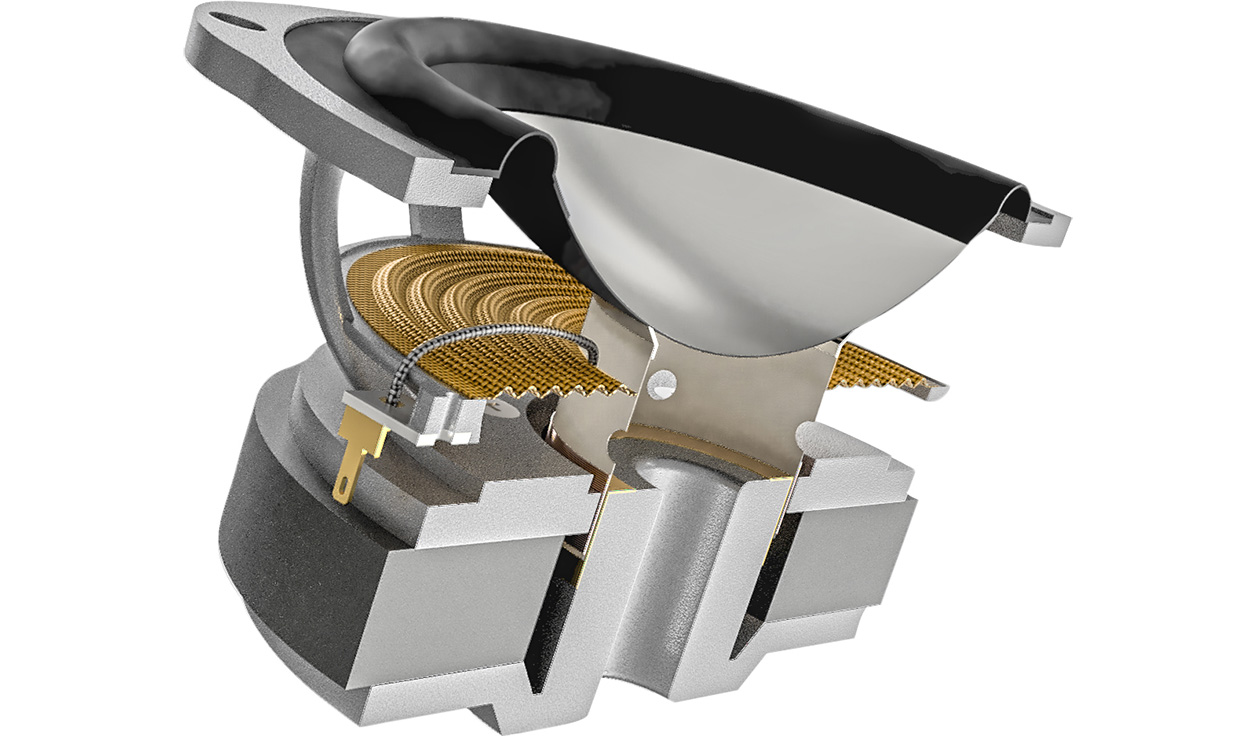 For all this I like Quadral. So I'm occasionally bewildered when their Internet presence points in another direction with romantic nature photos or lifestyle imagery. And, I was just a bit disappointed that today's €12'000 active Aurum Gamma showed up at my door in polish-me-daily gloss black. Aside from bling-bling white, that's the only stock finish. Matte gray would look très chic but like the entire RAL palette, demands a surcharge. With its signature Quadral driver array, the streaming-ready Gamma would do well with the type finishes which endear themselves to modern loft dwellers. But then, tastes do differ. I'm better off discussing whether Quadral's Aurum Gamma hits all the sonic rather than designer highlights. But first, the obligatory look at its tech.

Let's start from the top down. That would be Quadral's own quSense ribbon tweeter. It first appeared four years ago with the 9th generation of the flagship Aurum range. "Peak dynamics with minimal distortion" is how company designer Sascha Reckert condensed his project brief for this driver. He also added "avoidance of hyper brilliance" which accompanies certain ribbons and, according to Reckert, also many air-motion transformers which are presently quite popular. Relative to their ribbon's 70mm width, an equivalent AMT also would be less happy with the 3'000Hz filter hinge where the quSense kicks in. 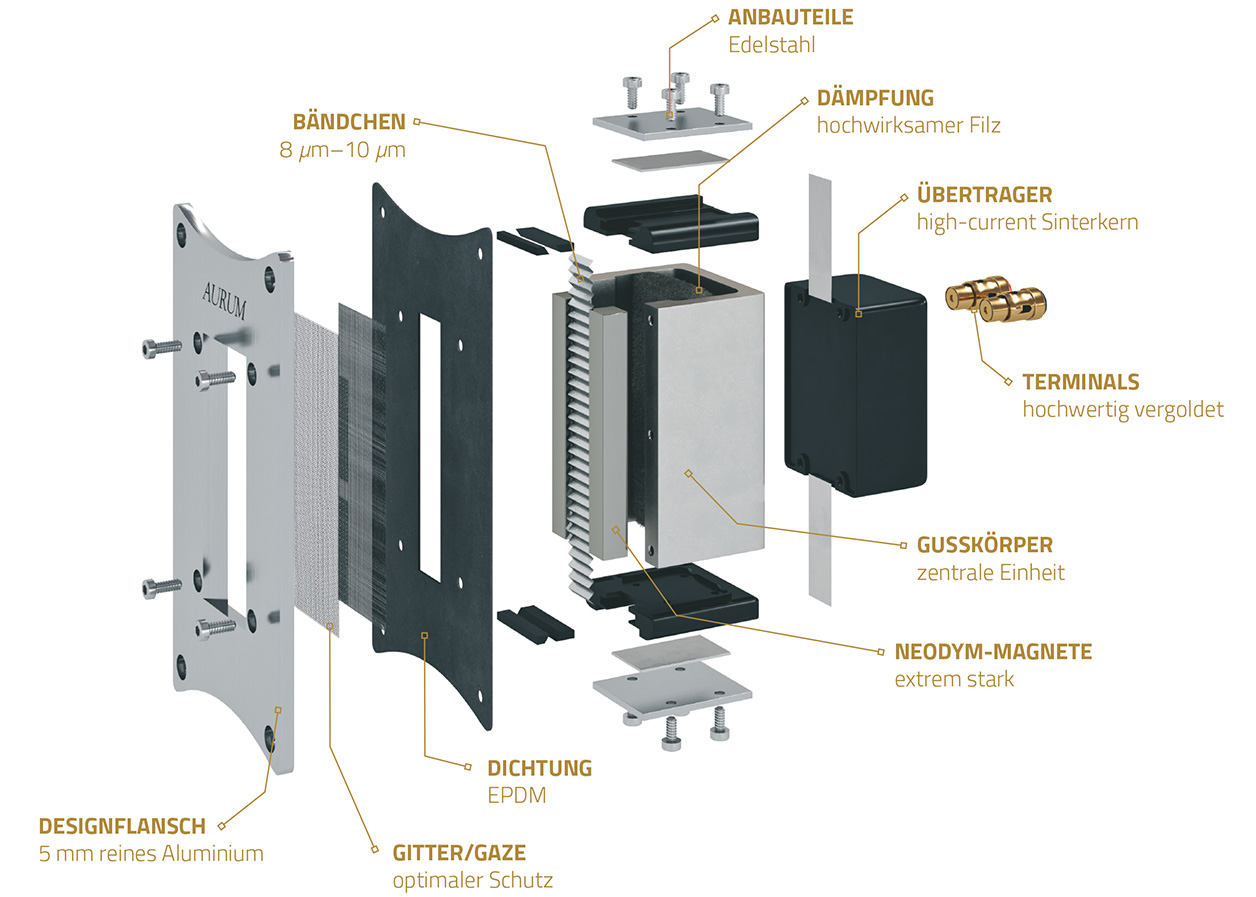 That such bandwidth demands solid backup from on-board electronics is clear. Here the inevitable output filter of class D wouldn't be the last word in super-treble airiness. Instead we get classic class AB of a whopping 50 watts which greet the ribbon inputs over industrial gold-plated terminals. For their other drivers Quadral then eschew inferior push-on terminals in favor of solder joints for lower contact resistance, more stable contact quality and improved sonics. In my experience at least, listeners willing to elsewhere replace push-on terminals with solder joints will enjoy an often surprising sonic uptick. So a small shout-out to Quadral for doing it right. The contacts with the drive electronics are via stout screw terminals.