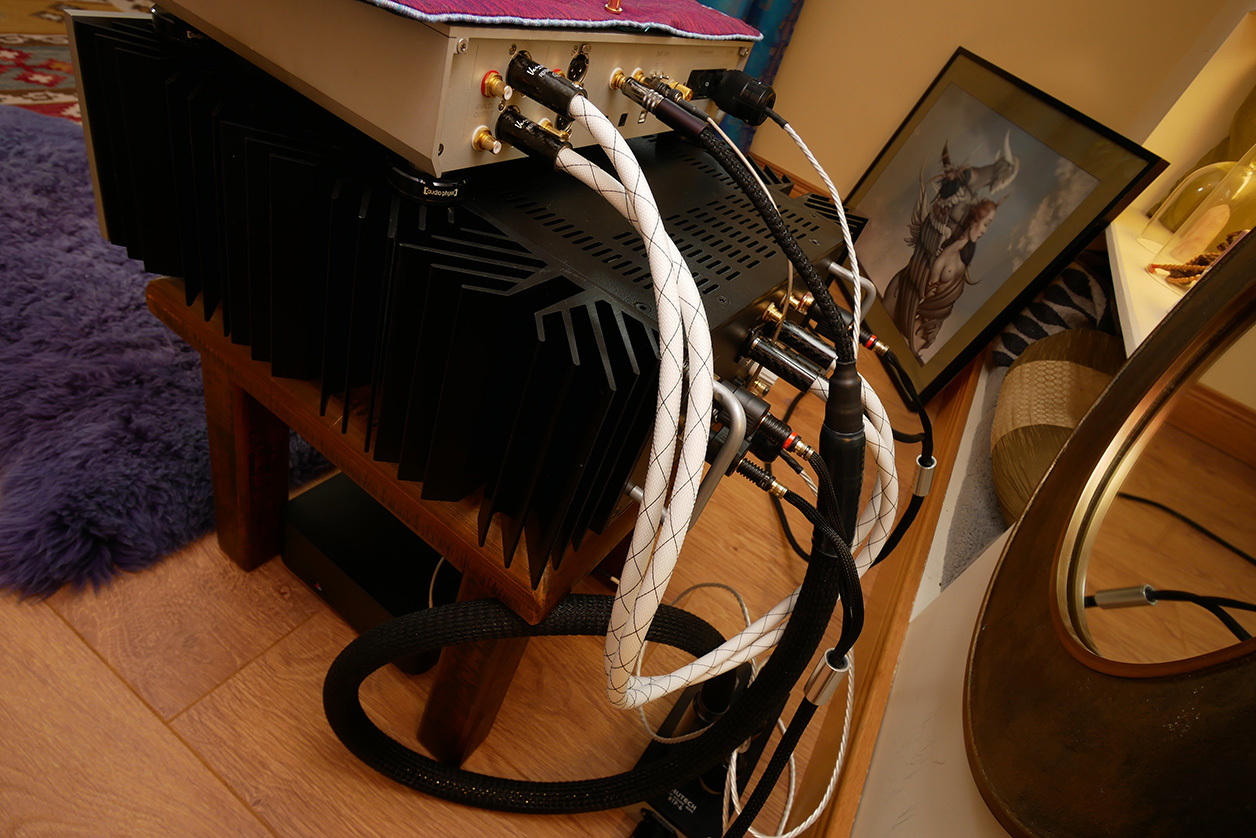 Consider the Crystal Cable power cords by contrast. You'd fit eight of them into one Gutwire. Or as Glen put it, "the lack of flexibility will astound. You will be forced from Yoga finesse to strong-arm tactics. Have fun."

"This also explains why a ground box without wall connection saturates over time. The longer it remains connected to the system, the lower the ground differential becomes. When it gets to where the ground potential between ground box and system is equal—zero difference—the flow from system to ground box stops. You now must 'reset' or discharge the ground box so its ground potential returns to its original level below that of your system. As you knew, some ground boxes already had a wall connection. Others gained one in their second version. That's because the accumulated potential must have a path to mother Earth to discharge the box." 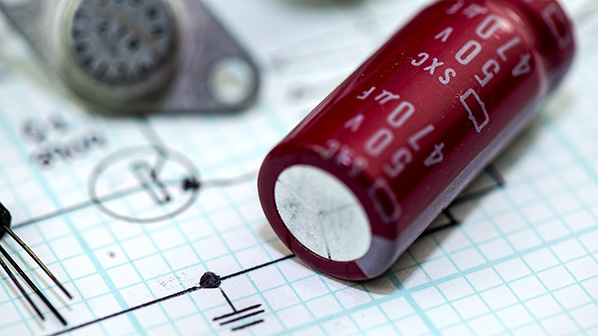 That was Herbert's golden ground rule. He claimed that the connection's one-way effect was assured by an external voltage reference whose impedance was (a lot?) lower than your component's own. It also implied that the circuit boards of many components fail to establish an effective noise drain to benefit from Gutwire's additional ground cable.

From that one imagines some variability in effectiveness depending on exactly which free connector of multiple options one picks from on a component.

Requiring no imagination was mistaking this cable for an ultra high-current power cord when it first uncurled from its shipping carton. It was thicker than our fattest Allnic ZL5000. It was bigger than the just reviewed Vermöuth Reference. Tasked to filter not conduct, this girth had to be a function of noise-absorption ingredients that took up space.

With the loaner terminated in a locking RCA with center pin—why would a ground cable need a center pin?—and US-style plug which is how all our power delivery runs despite our current UK-plug Irish location, I had two places for it. First up was the spare coaxial input of our COS Engineering D1 DAC/pre. That fed a Pass Labs XA-30.8 amplifier in an upstairs system sans computer, Wifi or networking. The other coax had a Chris Sommovigo S/PDIF leash by its collar which received digits off a Soundaware D100Pro SD card transport. Next I'd move the Gutwire to an analog RCA output on the same COS which connected XLR to the amp. Would I hear any difference? Would I hear a difference whether I tapped a digital or analog RCA socket on the same component? Would there be—I was getting nervous—a loud pop, cherry, poof, gone? 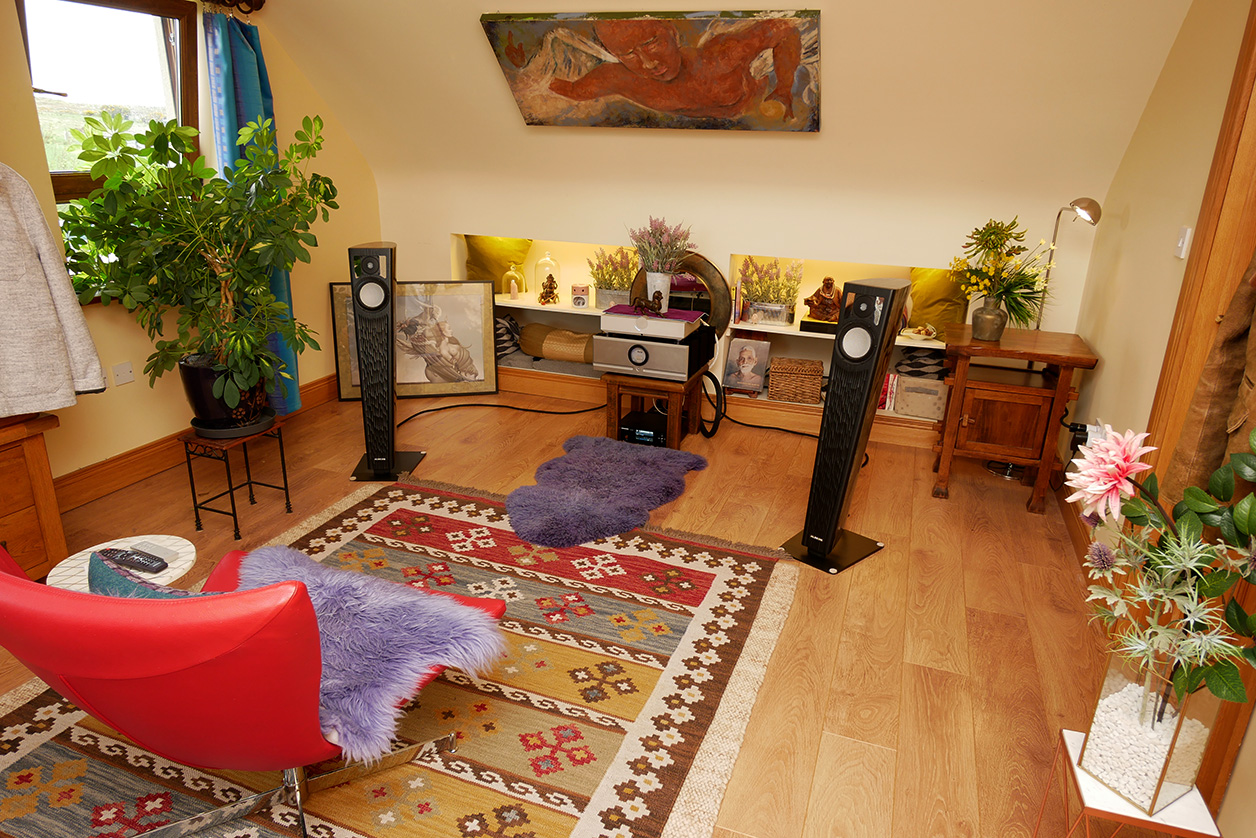 I framed this humorously. I had zero notions on what type performance delta to expect. If this was to be on the order of digital filter changes, it'd be exceedingly subtle. I might not reliably hear it.

"It didn't do anything" isn't a conclusion reviewers look forward to. It invalidates all else. One might as well erase everything that precedes it.

For a reality check at Munich's HighEnd event running just then, I talked with Scott Berry of Computer Audio Design. His concept for the Ground Control differs from Herbert's. Proprietary laminations operate in the 700MHz-10GHz+ range and don't charge up over time. They categorically do not require a wall connection. They simply convert ultrasonic energy into unmeasurable heat. "I see zero valid reason why manufacturers should work so hard to isolate signal ground from safety earth in the first place only to have consumers re-establish such a link." He too didn't grasp why you'd ever want to connect the ground plane of high-performance circuitry to the dirty ground of your household power grid. Asked whether he thought that Gutwire's approach could still be beneficial, he granted that since we lived remote and rural to likely enjoy a relatively clean AC earth, it might be. But to make for a representative review, I really ought to try this concept in an inner-city flat of a multi-unit building. Since I couldn't, the reader is advised to keep this in mind.