So our Simon and his alter ago are multi taskers. What's this one look like under the hood? 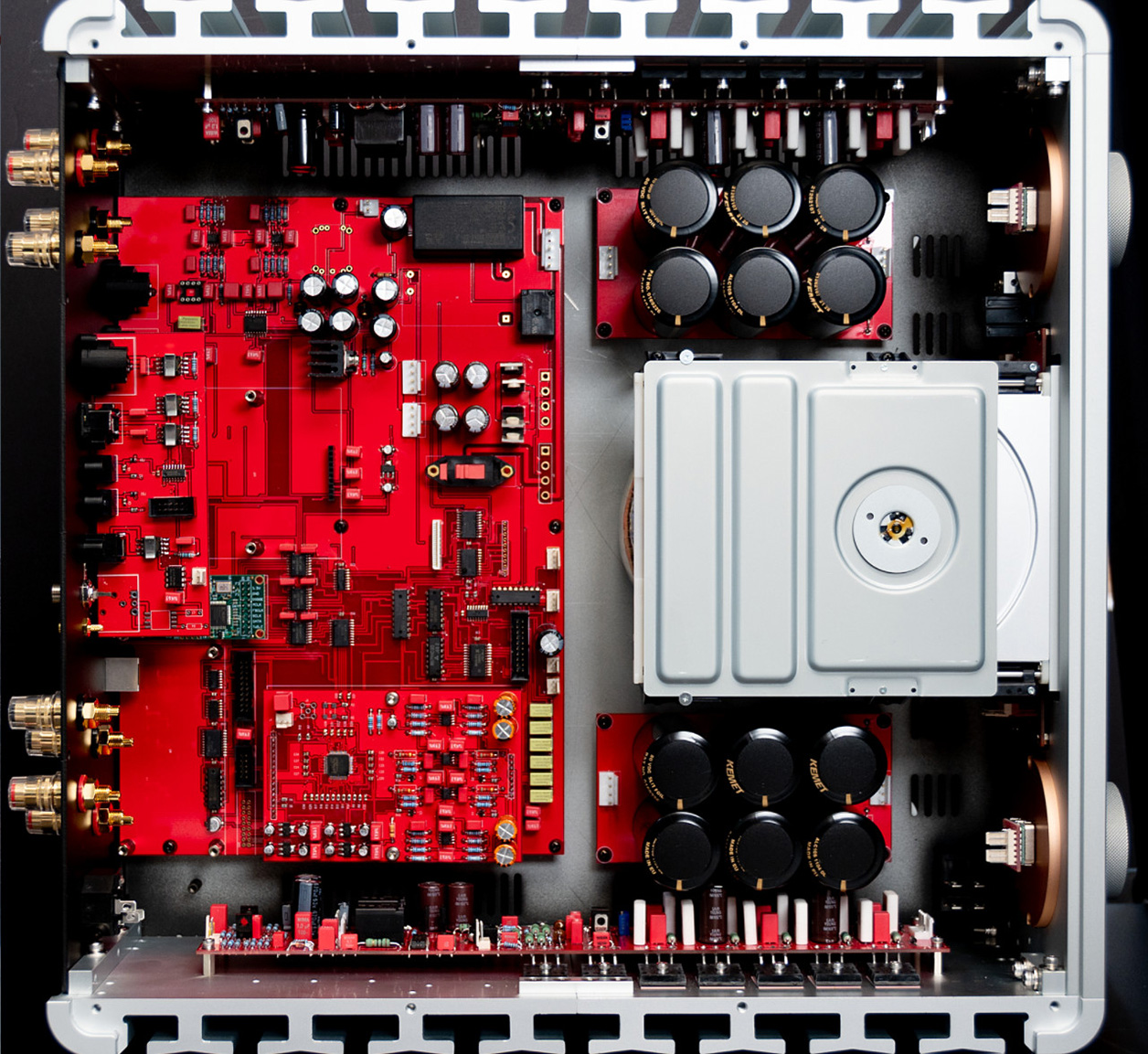 Here are some of the bipolar output transistors biased in class A/B. 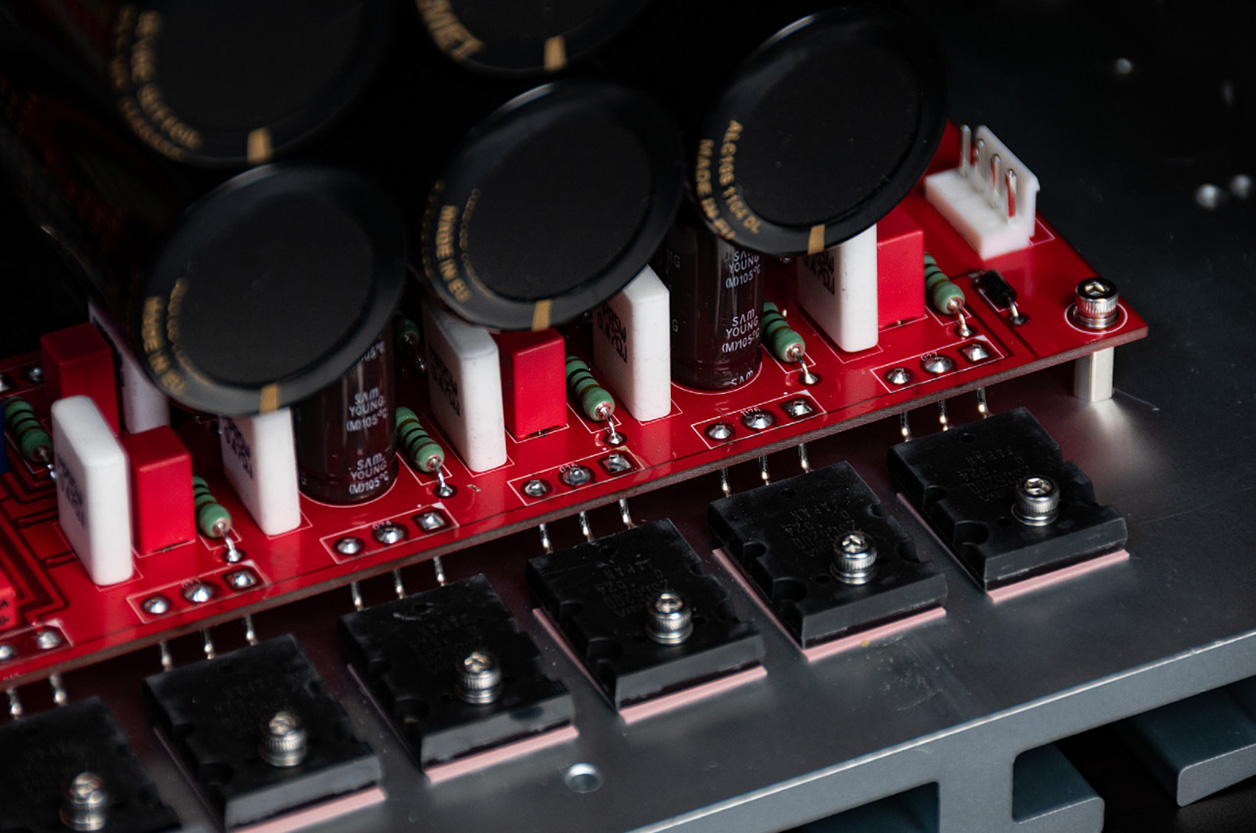 Not to be outshone…

… here comes a look at the disc transport and its display portion. 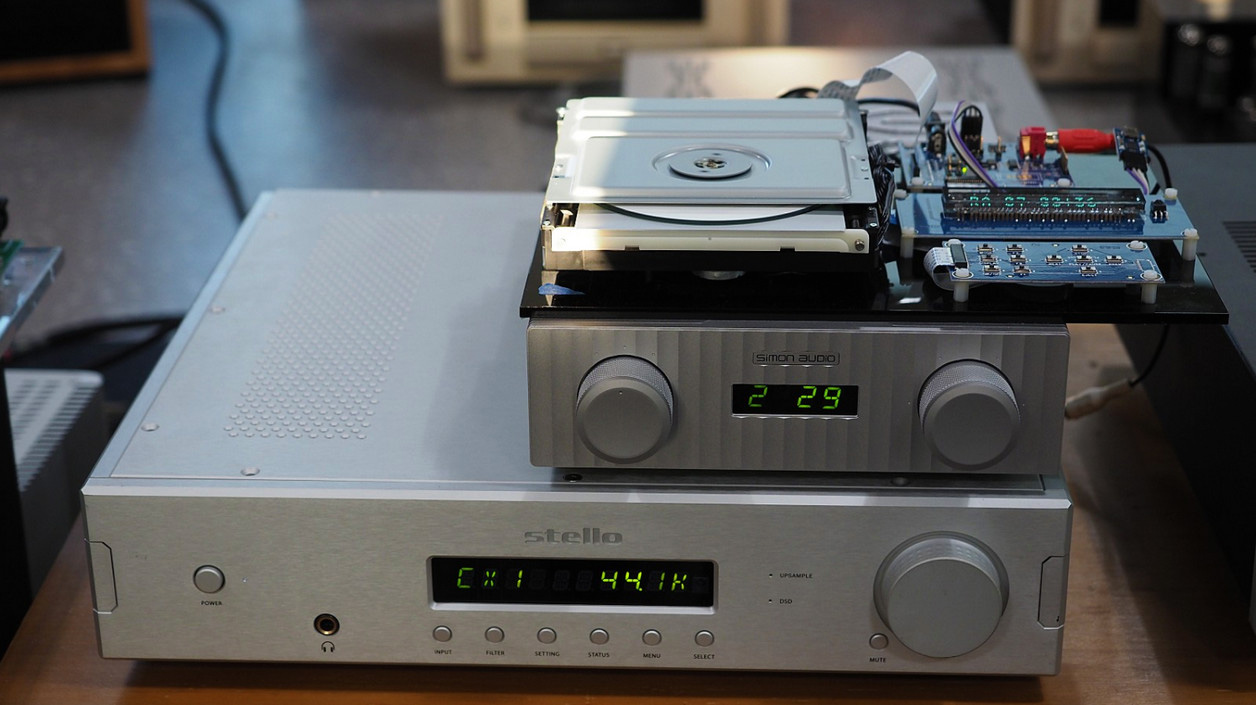 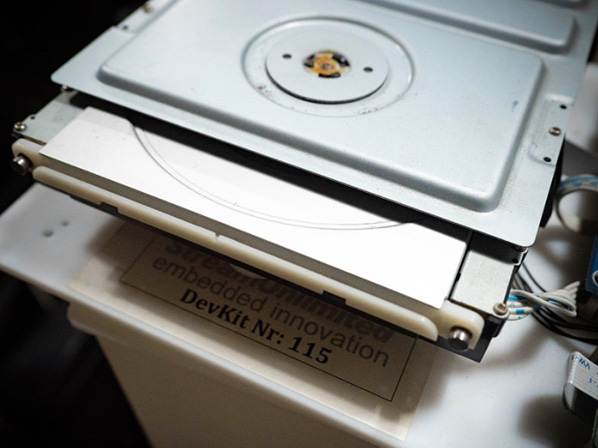 At present we don't yet have full specs. We do know that the USB module is by Amanero and we've seen an ESS 9038Pro to know high sample rate support for both PCM and DSD and MQA. Given the number of transistors, 100wpc/8Ω seemed a fair expectation but it's actually 150wpc with a 500VA power supply. The CD mechanism is a Philips, the network module from Converse so Roon ready with MQA, AirPlay and various Internet radio. Phono is MM & MC. With a 44x44cm foot print, 18cm height and 25kg of look-here, it's quite the bruiser.

In short, our Simon is a very serious attempt at shoe-horning packed functionality into a single rather high-endy box. With a review unit promised, we'll learn soon enough how such intense integration translates.

For now we've been just teased 'n' tickled. We've not taken one on the chin, traded in body parts or parted with one dinky dime. Some might simply start saving up the latter; or plan on which of the former they could do without. Do we really need a spleen, gall bladder, appendix or prostrate?

Best stop here before we enter the gruesome realm of organ snatchers. But once more, I'm putting in my personal vote for making the name permanent.

It's proper cheeky. It's got balls but rolls off the tongue very easy. It won't freeze the brain. There's no dragging knuckles, no fighting us tooth and nail by twisting a tongue with strange combinations of letters and numbers—no SKX3i MkII here—though it might just bend a knee or two. It's not underhanded. It's straight on the nose and most certainly won't be chopped liver either. The Simon. Thumbs up. What body part did I forget?

There's even the 'f' version which trades the amplifier section for more i/o to become an all-in-one source component.

But wait. Most don't believe there is such a thing. It's like saying that measurements can describe a component's sound in full. If a particular sound triggers us more or more powerfully than another, how do our soft emotions correlate with hard specs? Simon has his own ideas on the matter. He calls it soft power. It's what he pursues in all of his designs. It's more of a bottom-up boots-on-the-ground look at things than a detached Air Force One bird's eye view obsessed with the nth detail. So perhaps we won't call that perspective and tonality the Simon's soul. How about its signature? Would that be the Simon's signature or that of its soul? Perhaps we better call it the heart of the matter. Nobody has an issue acknowledging the heart's existence. When it stops we die though a few manage to come back if the stoppage wasn't too long. 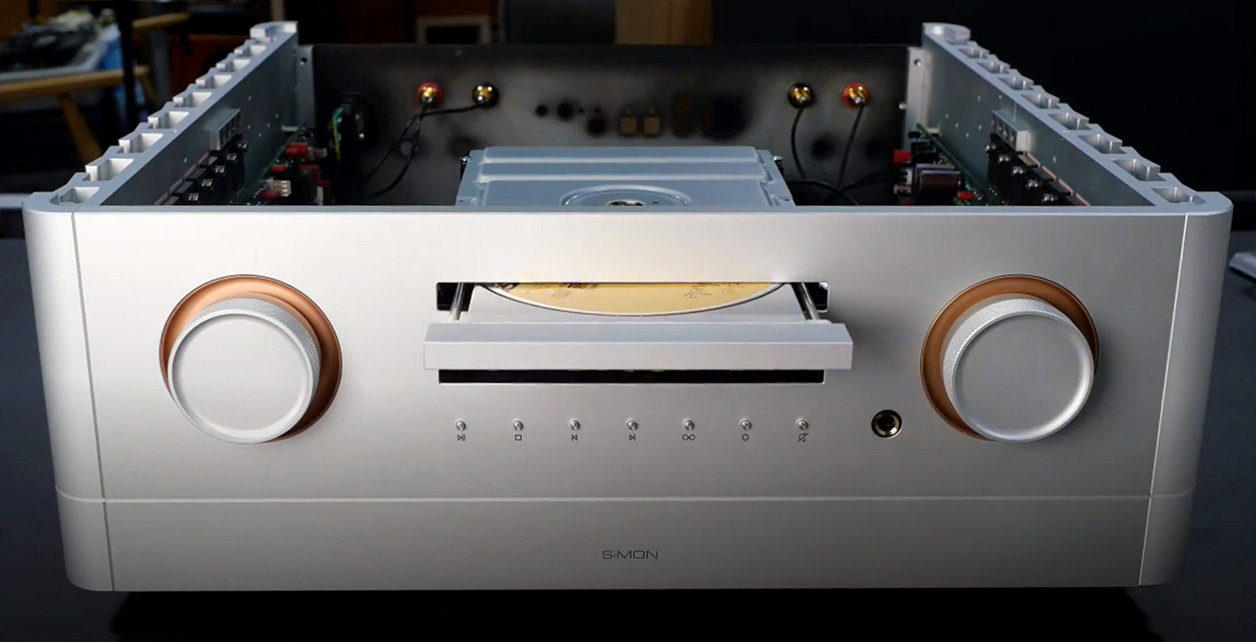 Some even tell surprising stories about where they went while the machines had them flat-lined and clinically dead. Machines don't know everything. Just designing for a perfectly flat-lined frequency response may not know everything either; especially if we're not on about the perfect or absolute sound but the most compelling and persuasive one. What is it that guides a designer now? Experience must play a part. On that score Simon Lee goes on 40 years. Perhaps that's why this deck is named as it is. It contains all Simon learnt over four decades in one chassis. All in one. Or is it the one that goes all in?