Out-of-box experience, no near death required. Box speakers trap driver rear emissions entirely or partially depending on being sealed or ported. During playback, the loudest part of our room is inside the speaker. Its contained acoustic energies attack the enclosure and try to escape through the driver membranes for time-delayed smear. The result is box talk. To combat it, designers of upscale box speakers spend ever-greater resources on stiffer more highly damped enclosures. It means bolted or extruded metal builds like Magico, Stenheim or YG Acoustics; metacrylate-based composite affairs like Wilson; synthetic stone bonds like Mark & Daniel or Kroma; Panzerholz like Kaiser Acoustics; nano-based metals like Æquo's Diluvite™. It tends to mean bigger heavier speakers. Eliminating thru-cone bleeds is still more difficult. It would require 100% absorptive internal wall and chamber treatments. 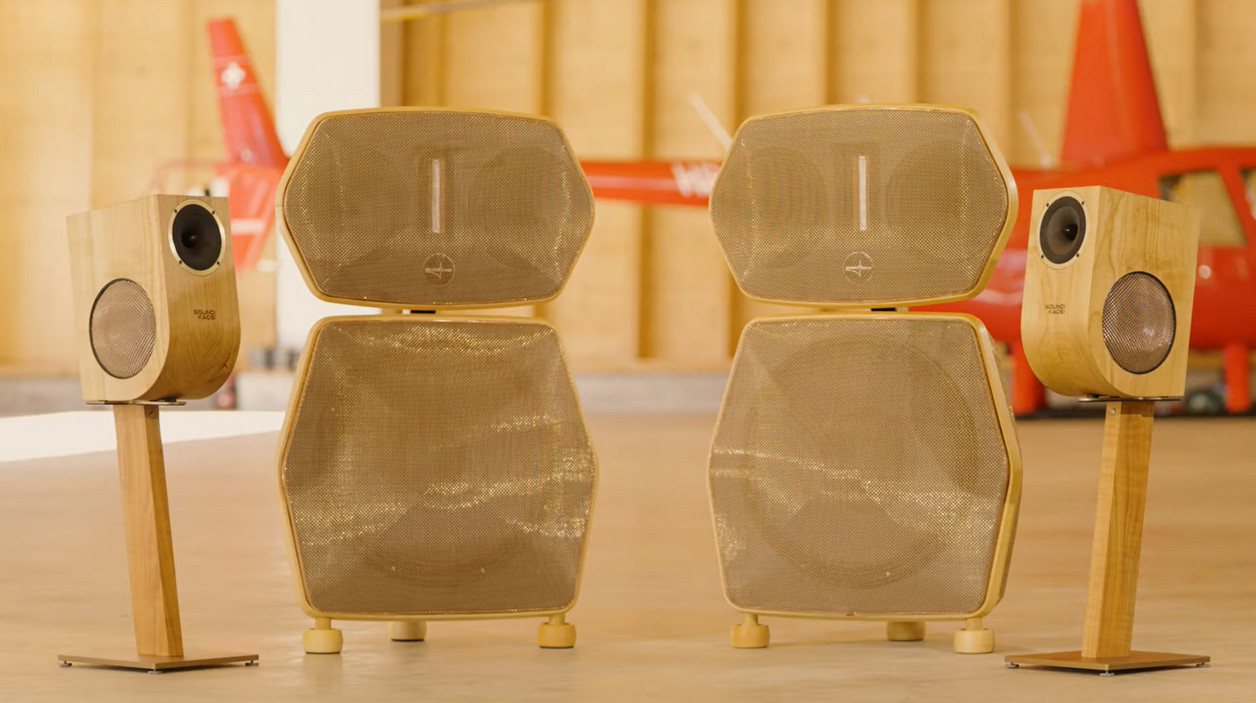 sound|kaos Libération flanked by Vox 3a.

The easiest way to eliminate box talk is to get rid of the box. That couples all driver-generated energies to the room not half to a box. Now dipole radiation wraps around the baffle whose width determines the frequency where out-of-phase cancellation begins to create lateral nulls. Their cancellation zones avoid sidewall reflections to behave like virtual room enlargers. But they also throw away low bass since it's the long wavelengths which do the wrapping and cancelling. To compensate, open-baffle woofers get big. A designer not keen on the brute-force approach of DSP and kilo-watt amplifiers either picks a mega woofer like Libération's 18"; or spreads the needed cone surface across multiple parallel smaller woofers like Liber|8. Either way there's far more effective radiation surface at work than equivalent ported speakers apply to the same bandwidth. An OB's dynamic impact and raw air motion displacement thus play in a different league.

Bolting a few drivers to a Plywood sheet held upright with L brackets is DIY 101. Making such designs fit for fine homes takes more. Driver magnets, hookup wiring and filter parts no longer have a box to hide in. A cosmetically slick open baffle speaker demands more. Yet potential savings over big heavy enclosures make even simpler designs from Emerald Physics to Spatial popular. In Australia Kyron Audio pursue these paths at the very high end. In Italy, Diesis Audio do. As I wrote in a preview for their Aura, "it should come as no surprise that an open baffle's core operational principle of greater room involvement, larger cone surface and categorical absence of box bass with or without port effects lends itself particularly well to classical music. Its repertoire contains no electrical bass whose highly damped textures are perhaps best rendered with active sealed speakers and high-feedback class D for maximum control and violent smack. It contains no synth-generated infrabass beyond the reach of open baffles. It promotes a listener perspective surrounded by copious space and distance to prioritize reflected over direct sound

Walt Disney concert hall of the L.A. Philharmonic. It visualizes the audience reality of classical music.

"As a genre, classical music relies on broader recorded dynamic range—the difference between wispiest pianissimo and most brutal fortissimo—than compressed Pop mastered for invariable loudness. The sheer scale and air-motion power of a 60-80-head symphony is perhaps best rendered by the open-backed hence doubled-up displacement surface of dynamic dipoles. Big sound warrants big artillery. That classical isn't the exclusive domain of old fogies with vast LP/CD collections but just as accessible to inveterate streamers is shown by this spliced screen shot of idagio's purely classical streaming service headquartered in Berlin. Searching by composer and work, in this instance Johannes Brahms with his 3rd Symphony, brings up all available readings by conductor and orchestra. And that's just one example of a cloud-based avenue catering to the specialized search parameters of classical music listeners. 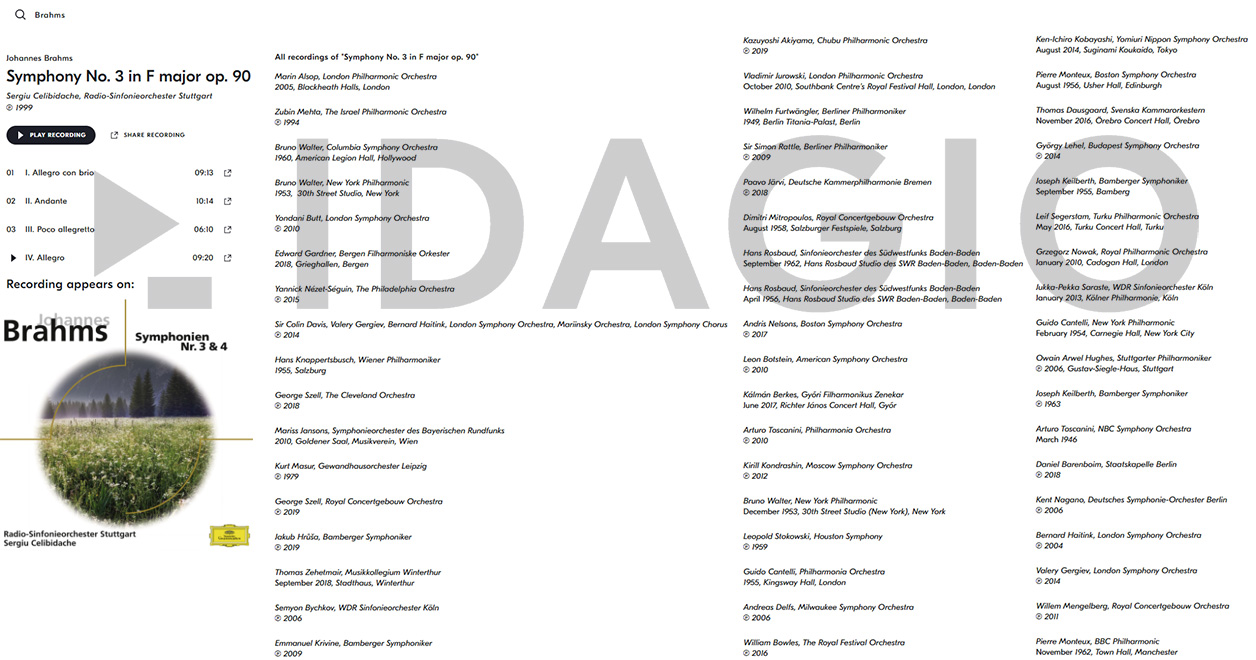 "The takeaway is that you can be young, hip and not own a record or CD player yet partake of this repertoire at greater depth than all but the most vociferous of collectors. If that's you, an OB aka open-baffle speaker could well be in your future." To which I'll add today that if good looks are part of that picture, sound|kaos become uniquely attractive.