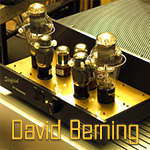 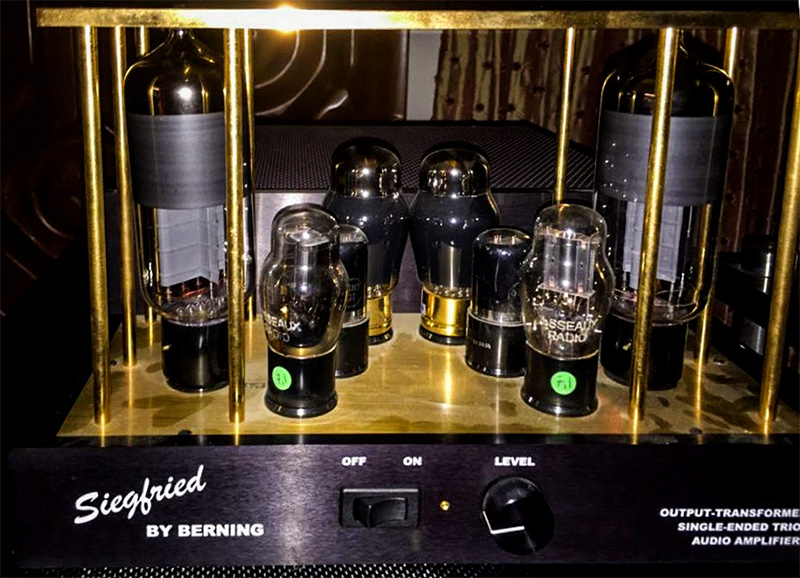 On Thomas Mayer's Vinylsavor blog stores a 2014 post and this photo.

"Like many others I was very curious to try the new 300B* as thoriated tungsten is such a precious ingredient. First I had the chance to listen to an Elrog 300B amp in Thomas' place. All I can say one month later, it was the "best"-sounding tube ever. Now a pair of them has replaced WE300B in a Berning Siegfried. The changes aren't subtle. There's more soul and presence of tonality, the sound blossomed and the immediacy reminds so much of my old-time favorite, an NOS globe 45.

"There is no shortness of breath in large orchestral works and especially the bass now is in a different league from the classical (soft) 300B. So what can one tube-glow addict do? I ordered a new amp with 10Y/300B Elrog to drive the new wunderkind on the block."

Apparently only seven of these amps were ever made.

Reviewing it now would be an arslinger move were it not for the fact that Berning circuits have long since become available with the Linear Tube Audio brand. Whilst you cannot get a Siegfried of legend unless one appears used, you can get the same patented core circuit with less boutique output glass and more power from LTA.

* If you hadn't yet made the connection, Thomas Mayer took over the design and manufacture of Elrog tubes when the founder went into receivership. He also designs and builds his own valve gear.

Even those of us not fluent in schematics will recognize that Berning's valve circuit with its regulated resonant 250kHz switch-mode power supply and constant-current resonant power converter loads for the output tubes is most alien to known textbooks. Whilst output-transformer-less is a bit of a misnomer given his puny RF transformers to extricate the music signal from a "radio-frequency remapping" carrier wave, they only operate at a fixed 250kHz. That avoids parasitic losses and bandwidth limitations of particularly gapped single-ended output transformers yet allows a 30:1 step-down ratio (80:1 for the amp's SV 811-10 version) to become more efficient impedance converters (1.5Ω Z-out). 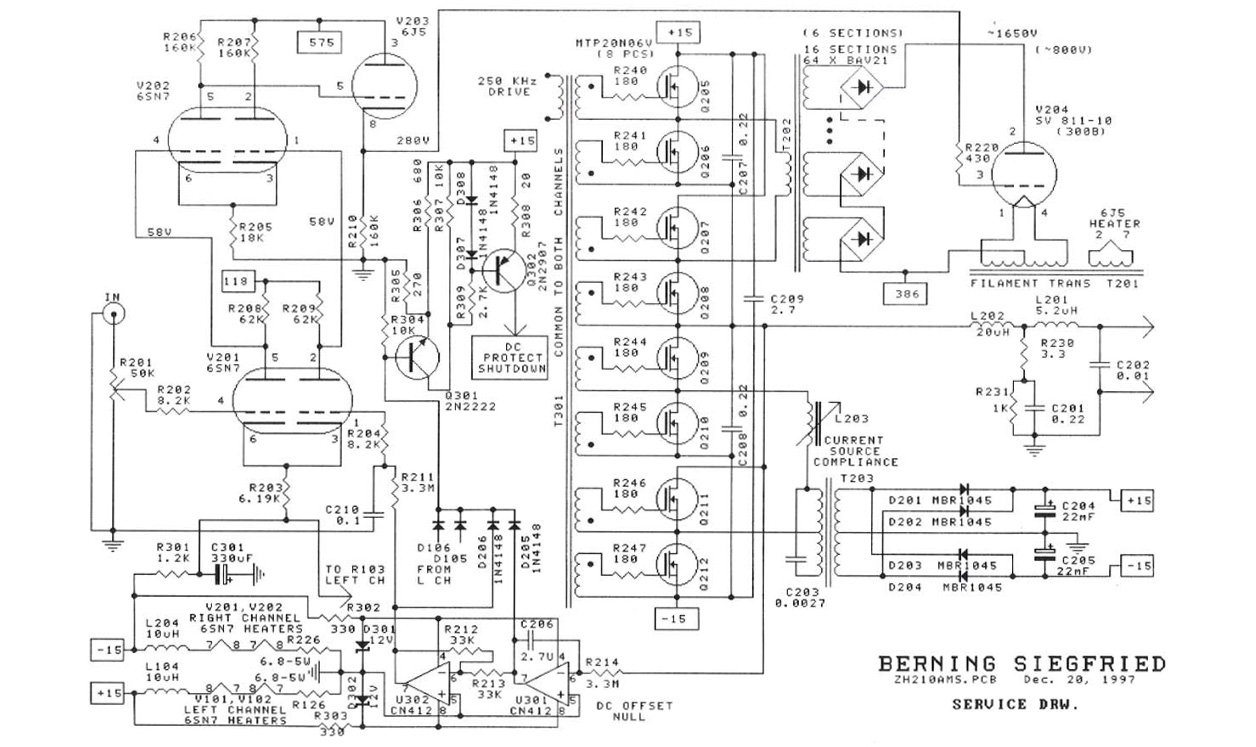 As someone who owned a number of classic valve amps from Ancient, Art, Octave and Woo only to subsequently abandon the breed in favor of wide-bandwidth DC-coupled class AB transistors, I did review a number of LTA amps. That's because I'd heard my friend Dan's Siegfried numerous times in  his home. I knew it to be made of very different stuff. I'd subsequently gone on record saying that the only valve amp I'd still own would be a Berning. Alas, I'd already acquired a Vinnie Rossi L2 Signature preamplifier and Dan followed suit. After working his way through a cache of rare bottles for that preamp, he gifted me with pairs of Elrog 300B and ER50 plus NOS Western Electric 300B and VT52. The 7V Elrog 50 as a modern kind of 'super' 45 is my favorite. Running direct-heated triodes in a linestage whose grounded-grid circuit eliminates signal-path capacitors and transformers has satisfied my tube Jones since. I'd all forgotten about tube amps – even Berning's DC-coupled zero-feedback types. 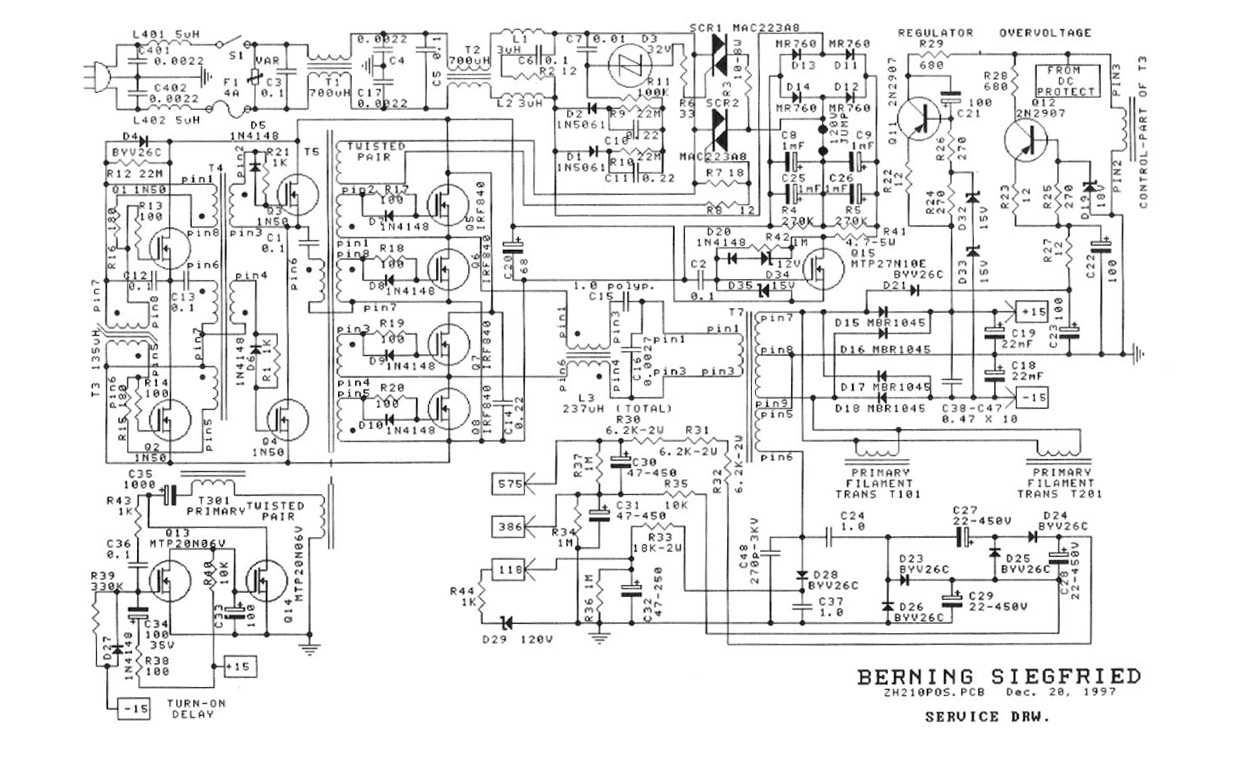 That's until Dan asked me whether I'd like to inherit a pair of classic 300B monos with outboard PSU; or his lightweight single-chassis Siegfried. As you can appreciate, my choice was kismet. I decided to informally review Siegfried here so that readers who cross paths with it in my future reviews have a reference.  As pure unobtainium, it'd be unrelatable otherwise. Power output is 7wpc into 8Ω, 5wpc into 16Ω and 4wpc into 4Ω, hence very much a special ops force. When Dan announced imminent dispatch, "Siegfried got pregnant with an Audio Consulting wooden ovoid, Elrog 300B and is Slagleformed". Had Serge Schmidlin transferred Berning's entire circuitry inside one of his signature wood casings? I hadn't a clue what to expect. I only knew it would be Xmas in September…