Green wins. However Frankie equated Eire with moss to outwit my antipathy of gear masquerading behind burglar black I'll never know. But sending me a green thumb was a big up from me. After unpacking, first order of biz was transferring more music onto a 128GB floater SD card. 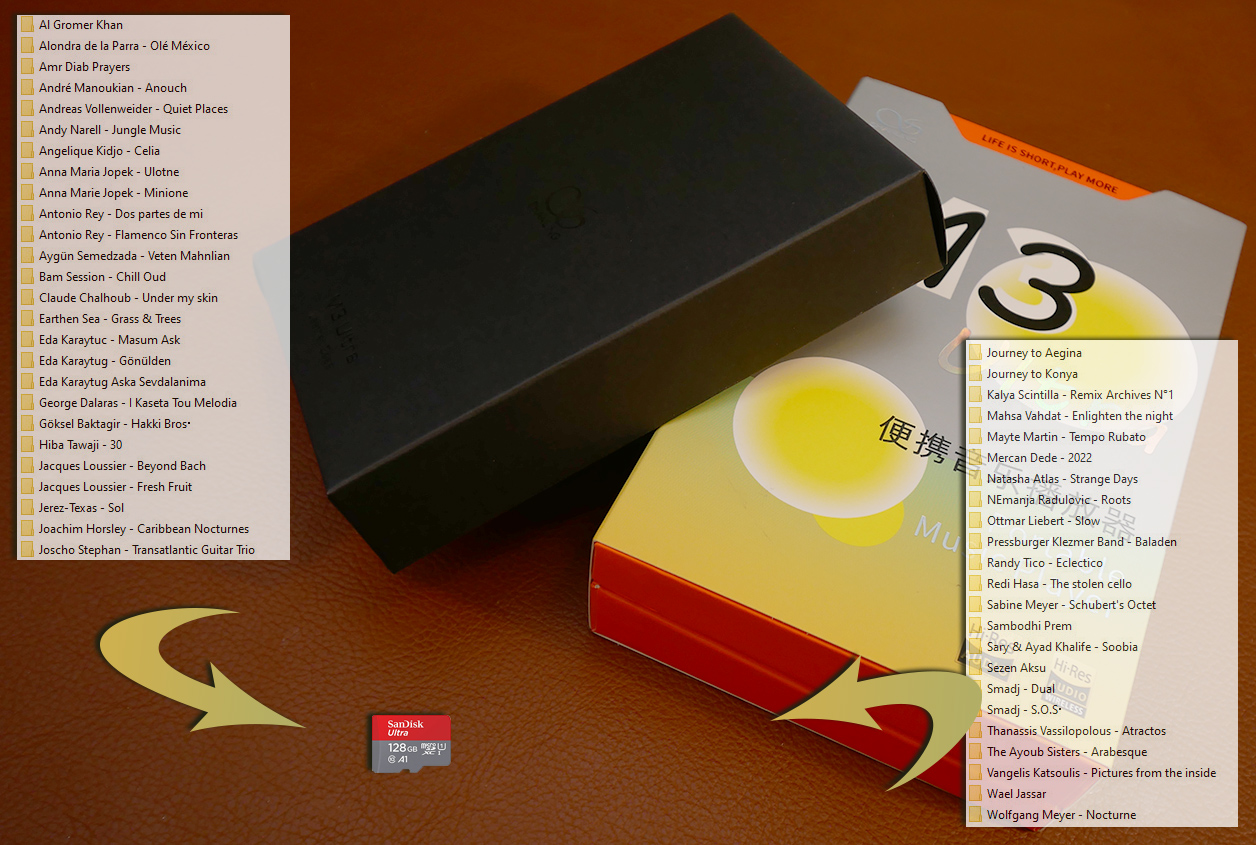 Shanling had included their optional leatherette case to spruce things up. With Xmas 'round the corner, spruce was very timely. 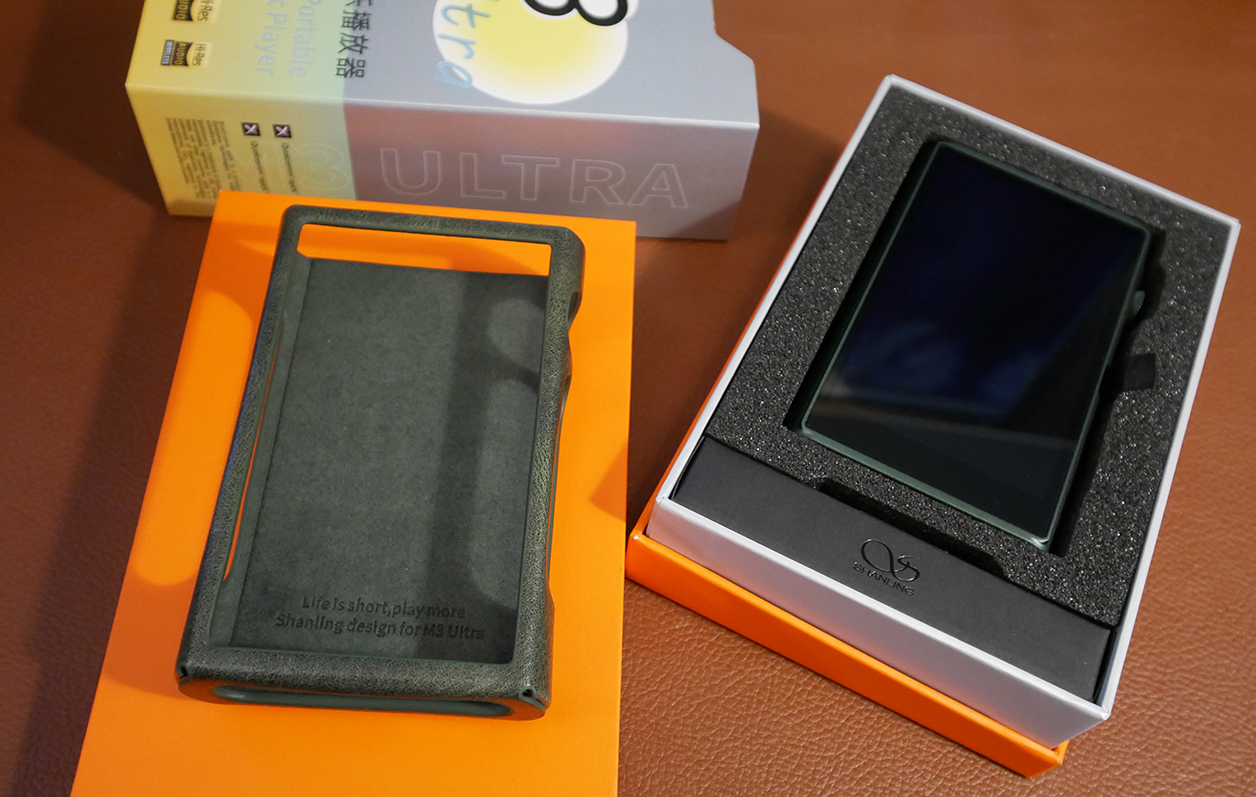 Included accoutrements were pre-fitted screen protectors on both sides; a pair of spares; a generic USB C to A charger cable; basic manual; quick-start guide; and Shanling history booklet. Sharpie pen for size reference only. 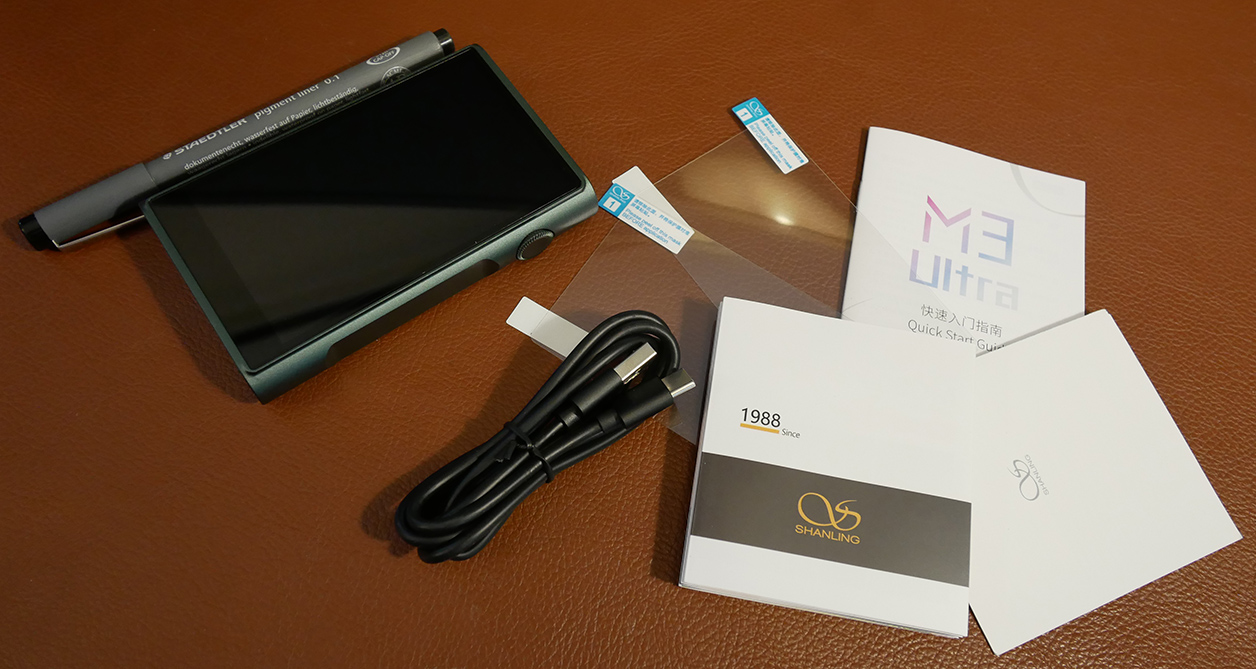 The next business was personalizing the display settings, defeating WiFi/Bluetooth, setting time/date/location, importing my ~1'000 tunes—a surprisingly quick process—and topping off the battery which had arrived at 40%.

All cover art migrated painlessly. As the next photo shows, Shanling's font recognition stalled at a basic 'é' to render André Manoukian as Andr?. A firmware update should easily add basic characters beyond the standard alphabet's. 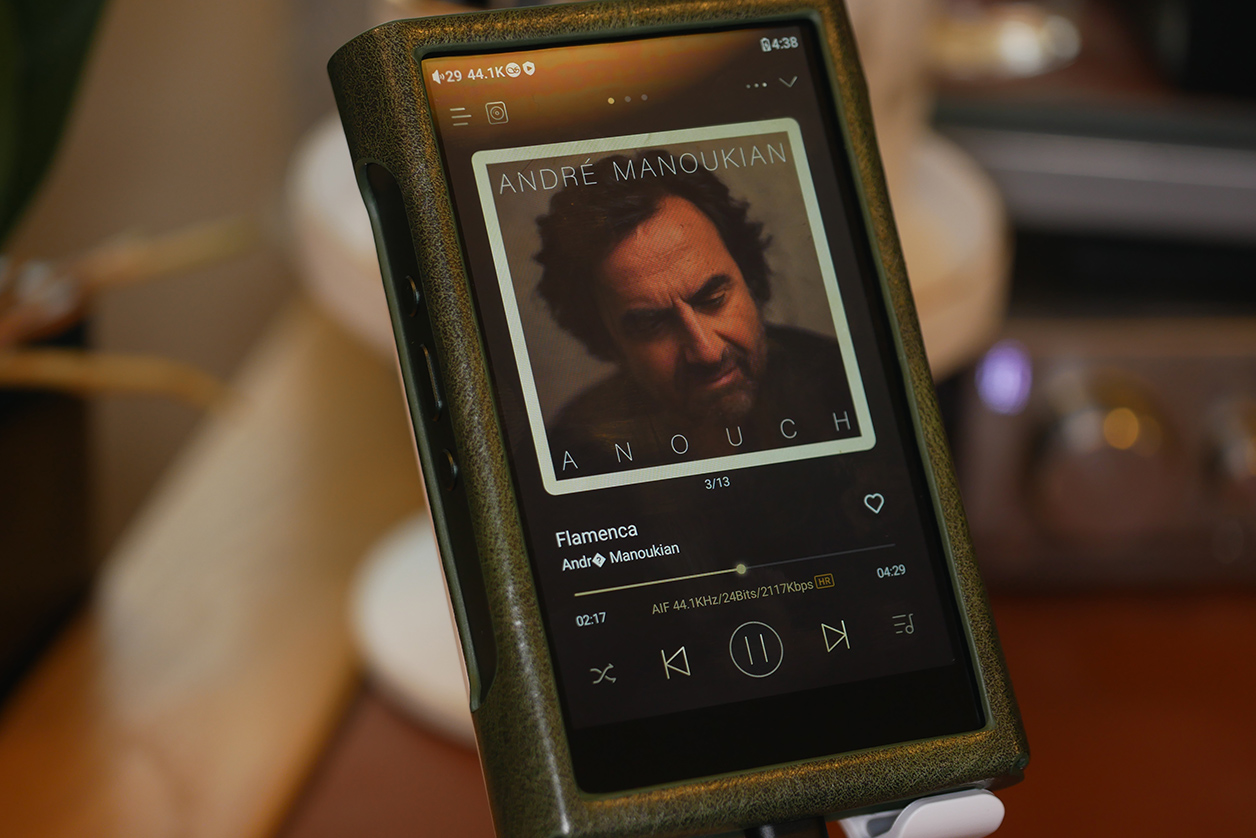 In the preset sizing, album view showed nine covers at a time. 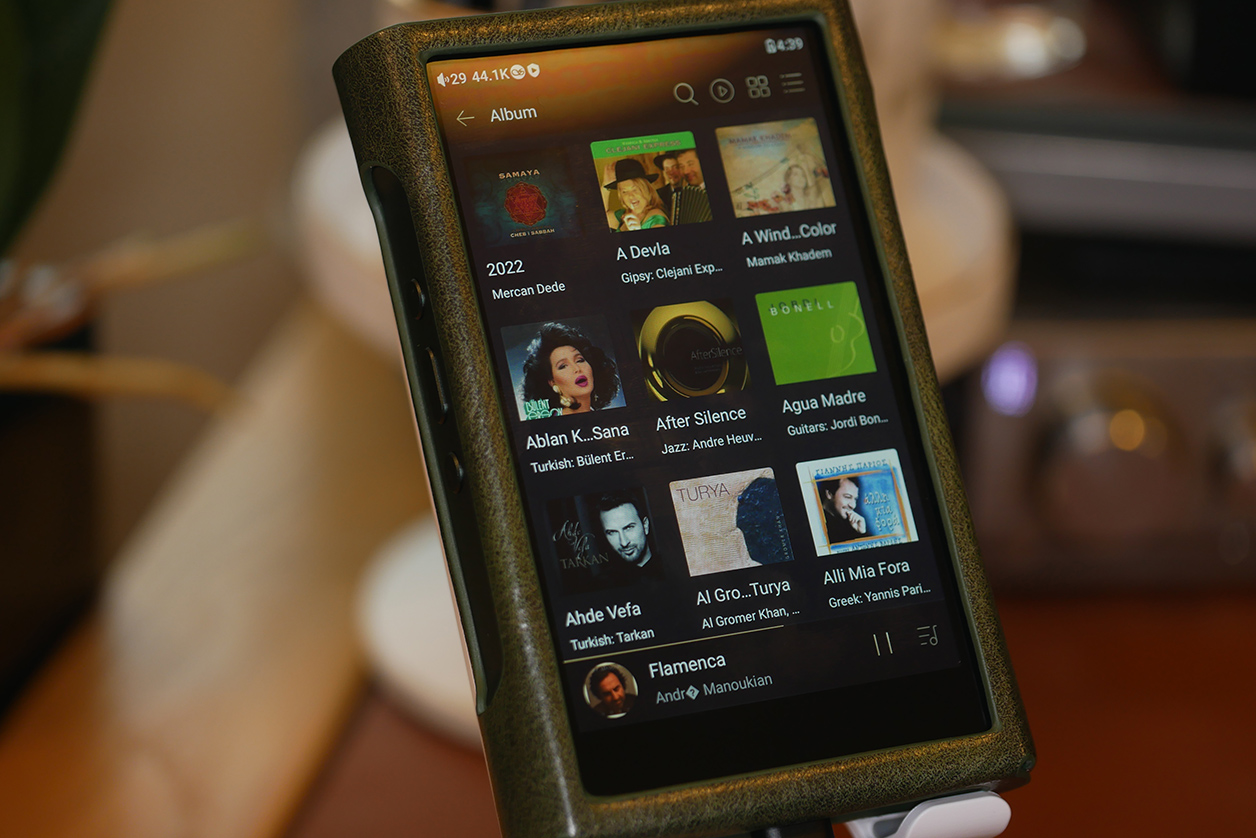 Here you see my wired small-rig source scenario where the M3 Ultra fronted iFi's iDSD Pro Signature into DMAX Super Cube actives. The Soundaware Esther M1 Pro beneath it would be my in-house competitor. Plugging direct into the Shanling, Meze's 109 Pro headphones sat at 35 on high-gain's volume for plenty of untapped headboom. 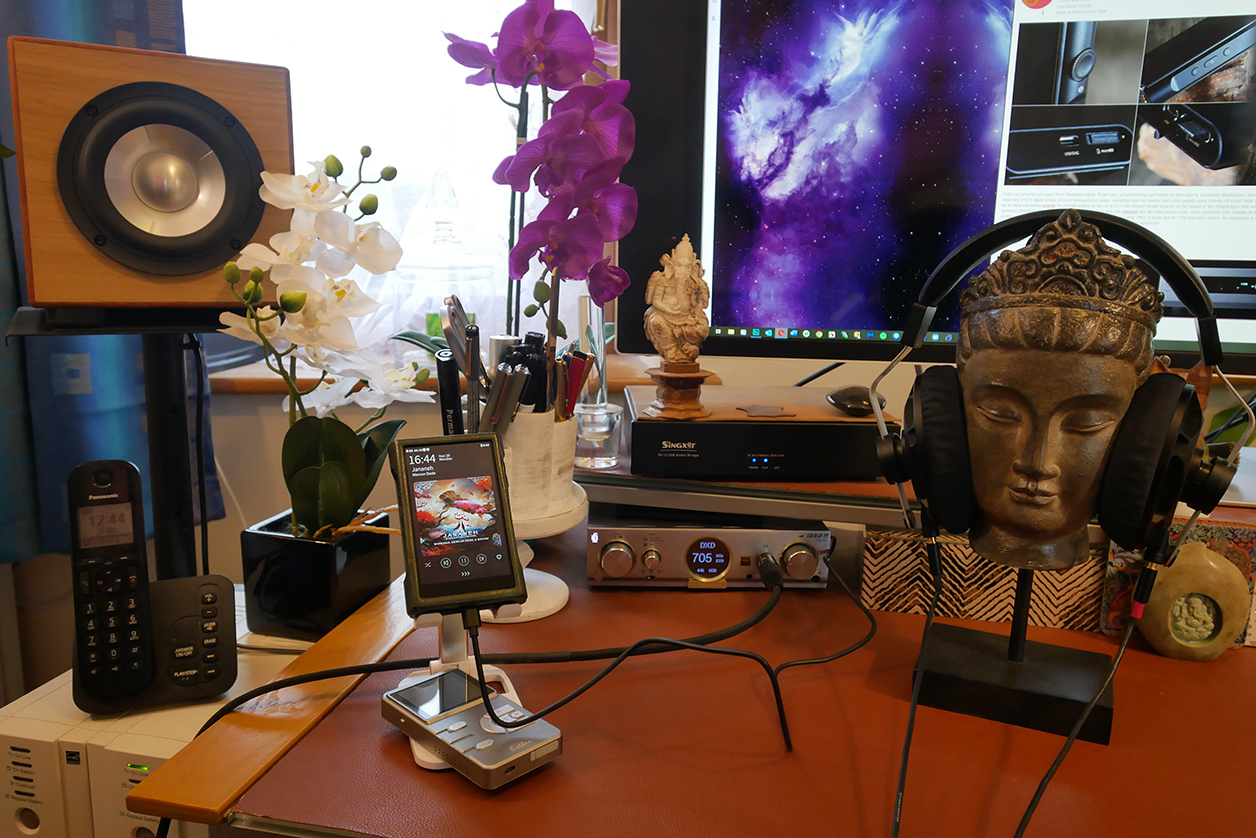 In my upstairs system, the M3 Ultra set up within easy reach/sight of the listening chair. 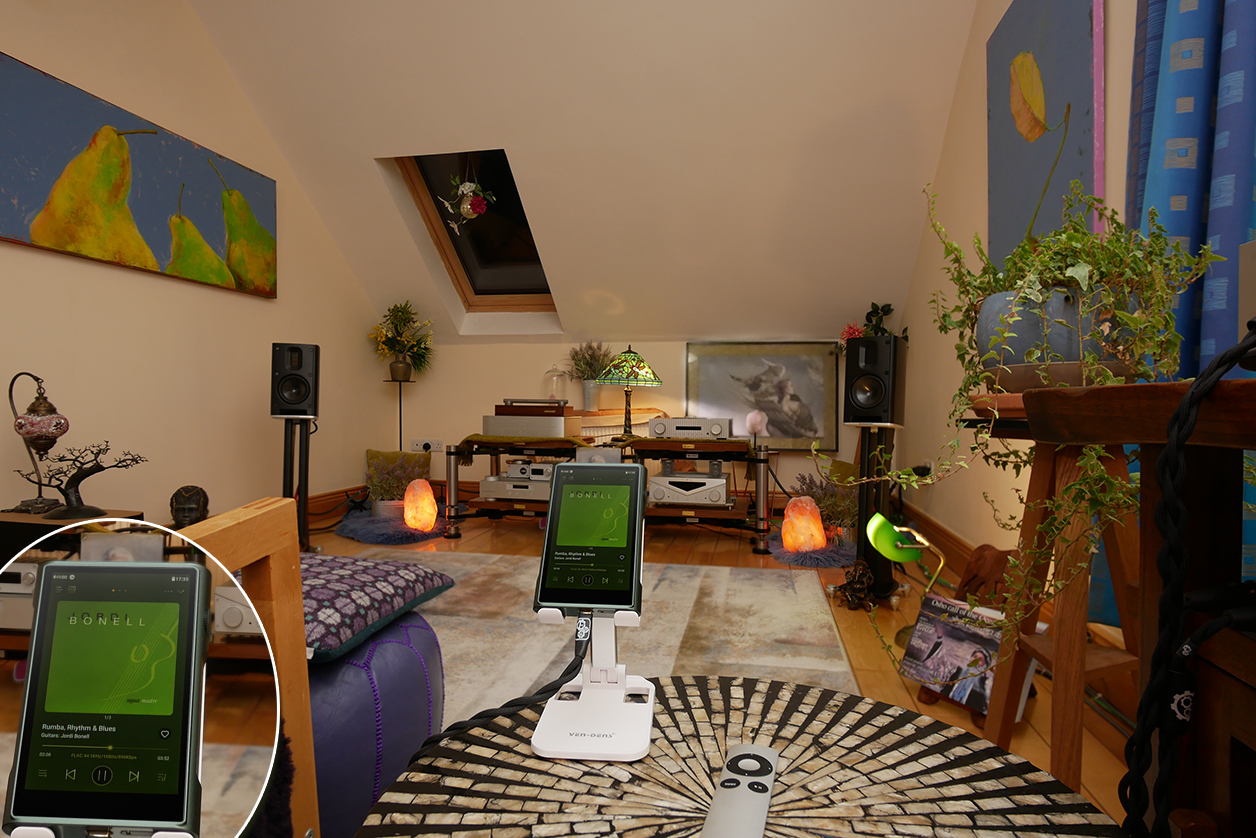 With Forza AudioWorks 2m custom USB C to B cable.

And that's all this teaser intro said. For the main course, await our podcast. But there's already this.