For years Jacob relied on modifying full-range Lowthers but never was 100% satisfied. So at some point he decided to mint his own. This was outsourced to Milind Patel who previously worked as R&D chief at Peerless and in 2010 left to fund his own company Hermit Audio. Maarga's 6" widebander (96dB @1W/1m/1kHz) runs without filter and sports a neodymium motor, foam suspension, pointy phase plug and a paper cone with six-holed whizzer. The basket rim is covered by a generously perforated trim ring which mitigates FR diffraction and contributes to the product's singular look.

My loaner was Maarga's third most current incarnation. The original released about a decade ago and underwent two sets of changes. In 2016 Jacob swapped out his own class AB amp for a 180wpc class D Hypex plate amp, then changed his 6" woofers to oval 6×9" variants which made the cabinets 5cm deeper. More fundamental rework was done last year. The new Hypex bass amp now does a stout 400wpc. The sealed chamber behind the internal woofer increased in volume and Maarga's enclosure became a bit wider. The whizzer modified to decrease occasional shout for more smoothness. Regular spikes became more effective ball-bearing decouplers. New finish options launched as did several enclosure changes. A thick plywood piece behind the widebander was removed to substantially increase lower midrange output. The inner labyrinth plus bottom were modified which Jacob called a major job well worth the effort. The older Maarga had both vertical tubes open at the bottom. The latest one has only one mouth at the front to perform significantly better in the upper bass/lower midrange. Two mesh panels make today's version more monolithic and visually coherent.

In Sanskrit 'Rethm' means harmony and Jacob's model names progress through several stages in a musician's journey; 'the search' is Trishna, Maarga is 'the method' or 'means' and Saadhana stands for 'practice' or 'training'. Once practice becomes masterful, enlightenment is possible. But that's a story for another day. What matters now is what Maarga ticks off. Fine aesthetics? Check. Compliance with low-power amps? Check. Reasonable sizing and plenty of adaptable bass? Check and check. Sound quality? Let's get to that. 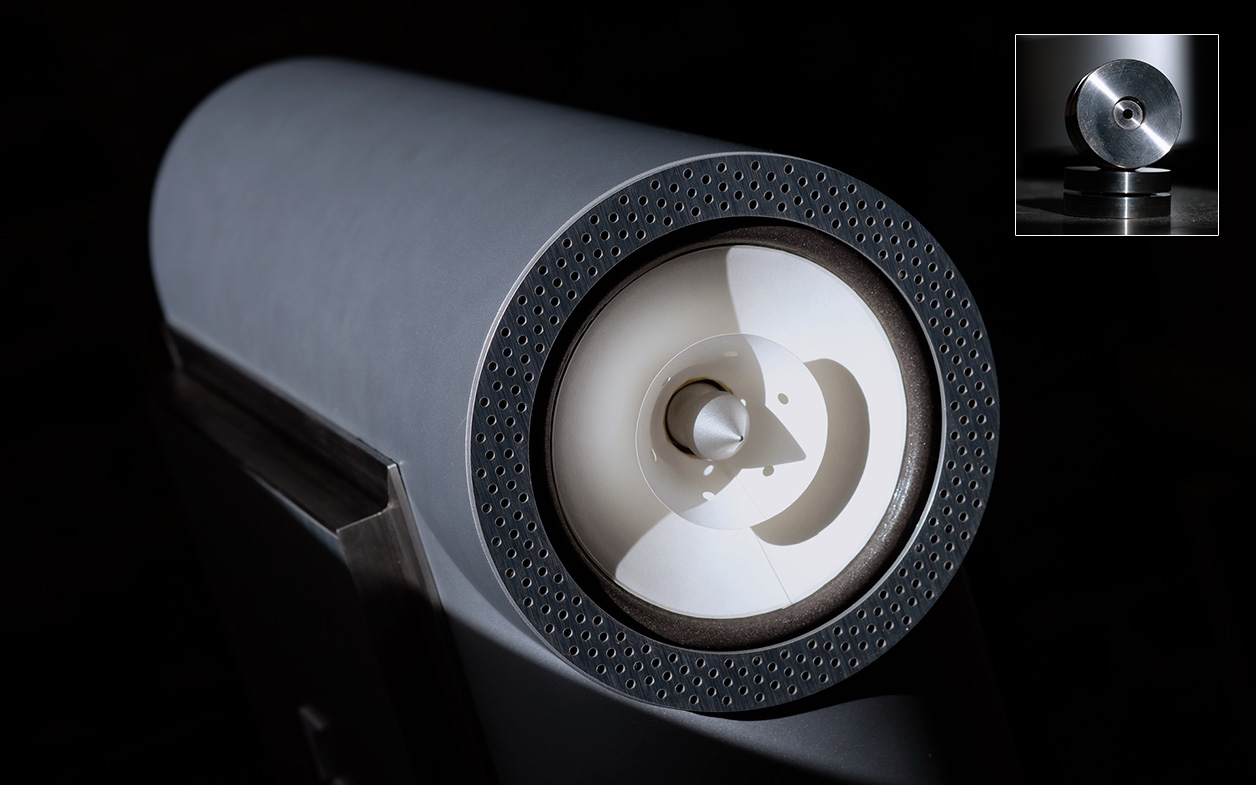