Maarga's exterior isn't comparable to any other speaker I'm familiar with. It's quite clear that as an architect into aesthetic modernity, Jacob aimed at a cosmetically slim sporty ornament of your living space, not a regular box intruder. Whether the effect is appreciated is up to debate but distinctiveness and personality aren't. I found Maarga very tasteful and appealing. Curves come from three large fiberglass pipes bonded into a down-facing C which houses the widebander at one end of the horizontal pipe. This pipe meets the two upright pipes at right angles. 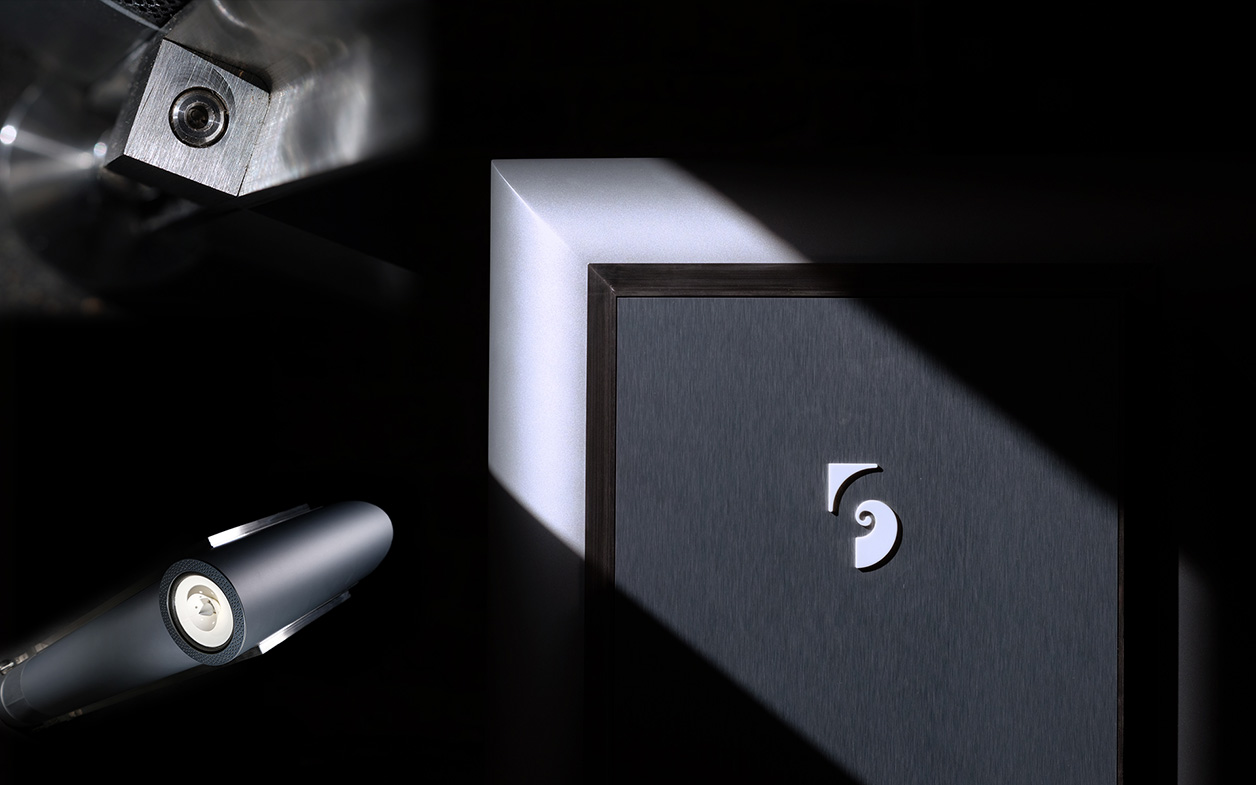 These elements partake in Jacob's 2m-long prison break which funnels the widebander's rear-firing upper bass energies back towards the front. After the rear line makes its second 90° turn at the speaker terminals, it runs across a short horizontal section underneath a triangular bass reflector to finally escape out the front through a mesh above the floor. My loaner had its side panels in brushed silver metal to match the primary color of the painted pipes but the cheeks can be veneered or painted gloss back. Each side panel sits within a frame of steel bars with two sets of eight cubes. The four lower ones thread to leveling footers. Those are flat to lock into provided decouplers. Each of those consists of two round steel discs separated by three ball bearings. This roller-block formation is known for its effectiveness and usually must be purchased separately in the aftermarket. Maarga's bill includes it. Good stuff.

Each speaker's bottom section incorporates a large rectangular opening with diagonal reflector facing a downfiring 6×9" woofer a hair above it. But this active bass module actually runs two isobarically loaded woofers (91dB @1W/1m). Those get the same signal from the internal bass amp but only the one assisted by the reflector propagates into the room. The other fires into a sealed 20-liter chamber to create variable pressure on and added output for the outer woofer. That now behaves as though in free space while it's not. Costlier than standard solutions, isobaric bass involves no ports but for a given output power reduces necessary cubic volume by half. 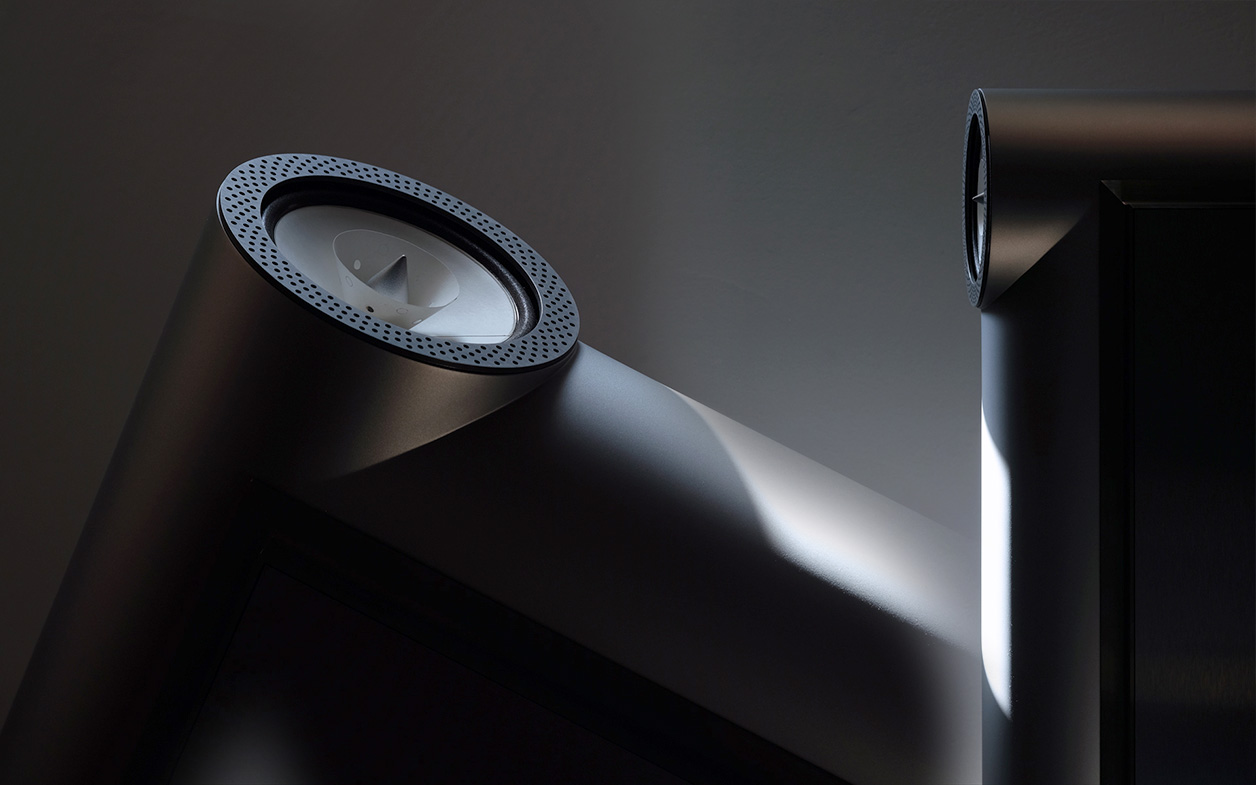 These twinned woofers run off a 400wpc Hypex class D plate amp in the base. That connects through an acrylic rear panel with an IEC socket with replaceable fuse, speaker terminals for just bananas, an on/off and ground-lift switch, then two knobs for bass volume and low-pass (60/120/240Hz). Although Maarga can operate like any regular passive speaker with its active module off, its bass then naturally goes nowhere near as low or loud.