Then Rethm's CEO tackled the narrow tonal window which any of his speakers must fall within to have him consider it correct. This particular tonal truth must be evident. Ditto imaging prowess. Jacob views soundstaging as the single most important quality to create a life-like experience which compensates for our lack of visual cues during playback. He wants listeners to see each performer, layer and space itself – effortlessly, explicitly and in full glory. Due to their point-source pattern, filterless widebanders thrive on spatial intricacies. I was told that many elements in Rethm products are specifically designed to optimize and enhance this quality. 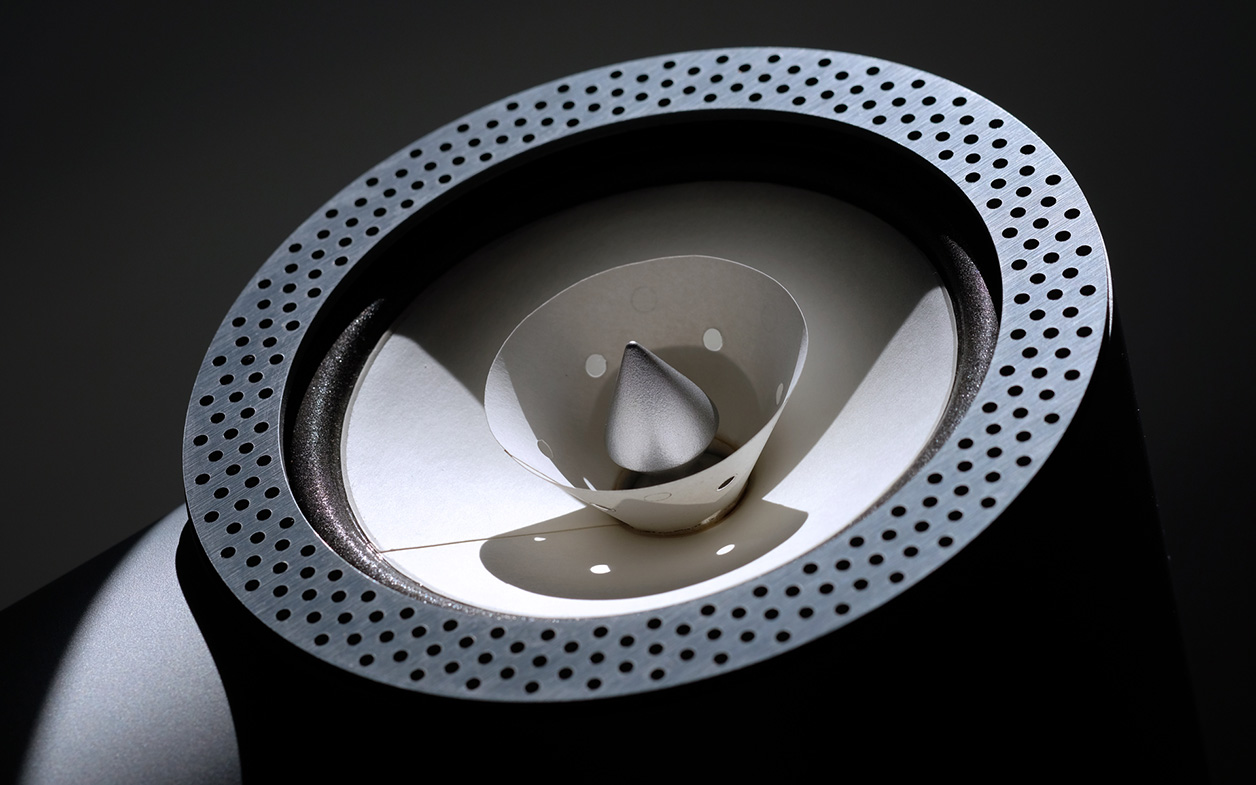 Although their unusual topology and aesthetics are reason enough to call Rethm's offspring unique, there's one more important factor. After years of being faithful to the passive one-driver genre, Jacob finally wanted more bass and in-room flexibility. That required a different approach. He thus scrapped his entire lineup to begin augmenting full-range transducers with powered bass modules. Rethm's first such effort debuted officially as the Saadhana model. That was January 2007 at The Show in Las Vegas. It became the first commercially available specimen of its kind. Feedback was so promising that Jacob has implemented active woofers ever since. It's become a signature Rethm trait.

As enjoyable as they can be, purist widebanders are also demanding so not exactly easy to please. To make decent bass they require capacious loading which in most cases spells large clunky cabinets fit for a solitary man cave perhaps but not necessarily a living room. Jacob's way of connecting the lot's key virtues with the dots of full bandwidth and more reasonable size arrived with active bass. It not only relieves the core driver of LF duties but shrinks the rear horns thus overall enclosure dimensions. That's a triple win for practical, visual and aural points. As a bonus, petite active subs can easily set up where classic widebanders loaded by monstrous horns won't. The only exception to mind is Cube Audio's amazing €15'900/pr Nenuphar but even that requires 127 liters of cubic volume and is 11cm wider than Maarga so a lot bigger. It's worth acknowledging that Jacob's active agenda wasn't trivial to execute. The major difficulty was integrating his woofers with their speedy high-sensitivity neighbors to remain coherent in the time domain. Many manufacturers would agree that this challenge alone can take years out of a designer's life. 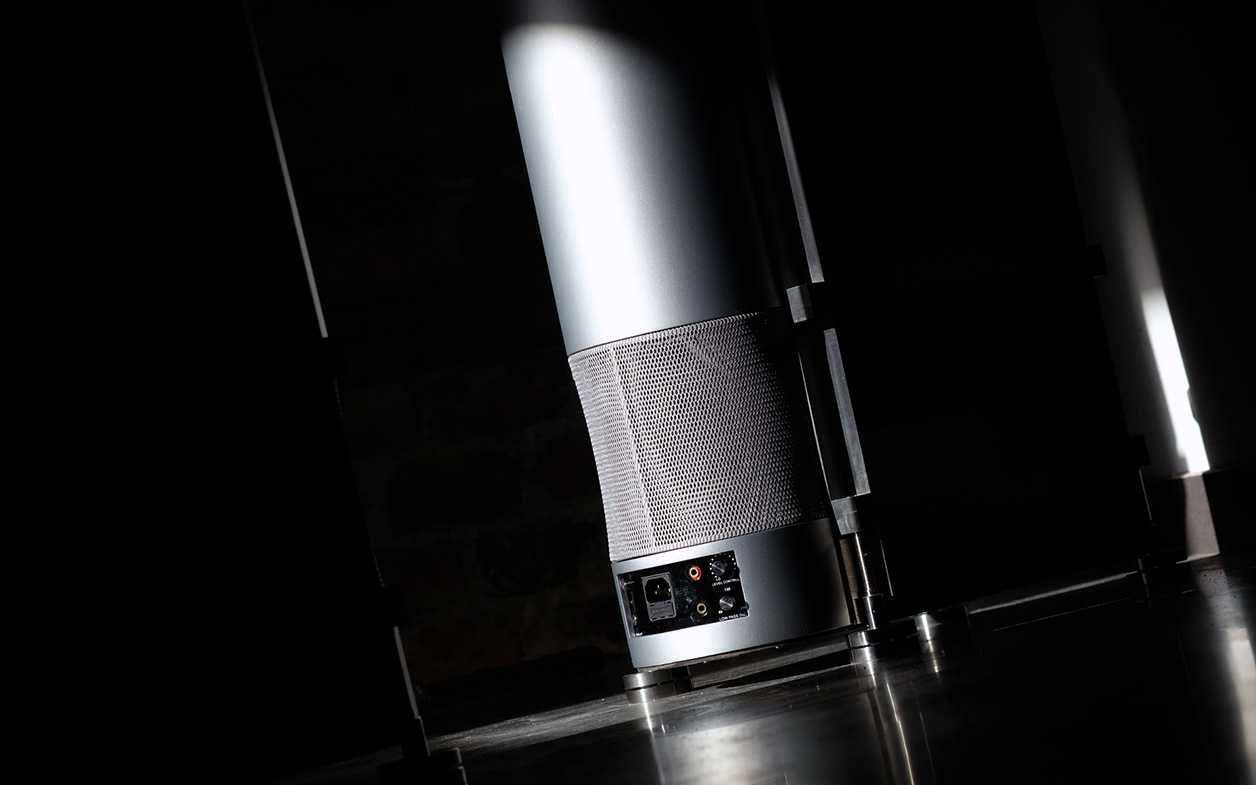 Maarga arrived in two separate cardboard boxes of substantial mass and size. Lukasz Fikus assisted me in carrying them so a tip of the hat to him. Each box was internally reinforced with two chipboard plates and loaded with foam fillers precisely cut to lock the contents in place. All in, the clam shell packaging was made well enough to withstand multiple trips. As far as specs, each speaker measures 19 x 55 x 103cm WxDxH and weighs 28kg, thus is reasonably easy to handle by one person. Nominal impedance is 8Ω and efficiency of 98dB/1W/1m makes flea-power amps of 2wpc+ viable.