Today, the Monitor Audio Group remains privately owned by Andrew Flatt, the last remaining member of the original four. Michael explained that their engineers enjoy free rein to improve all products as new materials and processes arise and/or their learning and understanding deepens. None of it ever stops so the passion of each day showing up at work to make something even just a little bit better remains alive. They sell in over 70 countries and needn't even farm out industrial design to any outside consultancies. Monitor Audio cosmetics are designed right in house. That flows into the coupled systems engineering approach. For our British/Chinese team, it's important to make timelessly beautiful products which neither pander to fashion fads nor any macho hardware fetish. Though as Michael put it, it's not just about designing beautiful and functional furnishings that sound great. It's about them being manufacturable to consistently high but still cost-effective standards produced en masse. For Concept 50—not the final name—cabinet manufacture and final assembly will remain in the UK. That suits a far more bespoke product to be priced above £50K. The particular challenge for Platinum G3 was being situated right at the cusp of a product that already looks luxuriously bespoke but can still be mass-produced to taut tolerances and sell for less. If they produced Platinum 3G in the UK, the consumer price could nearly double. Instead the Group prefers to serve a larger audience. Given the operation's market penetration, that's clearly met majority approval. 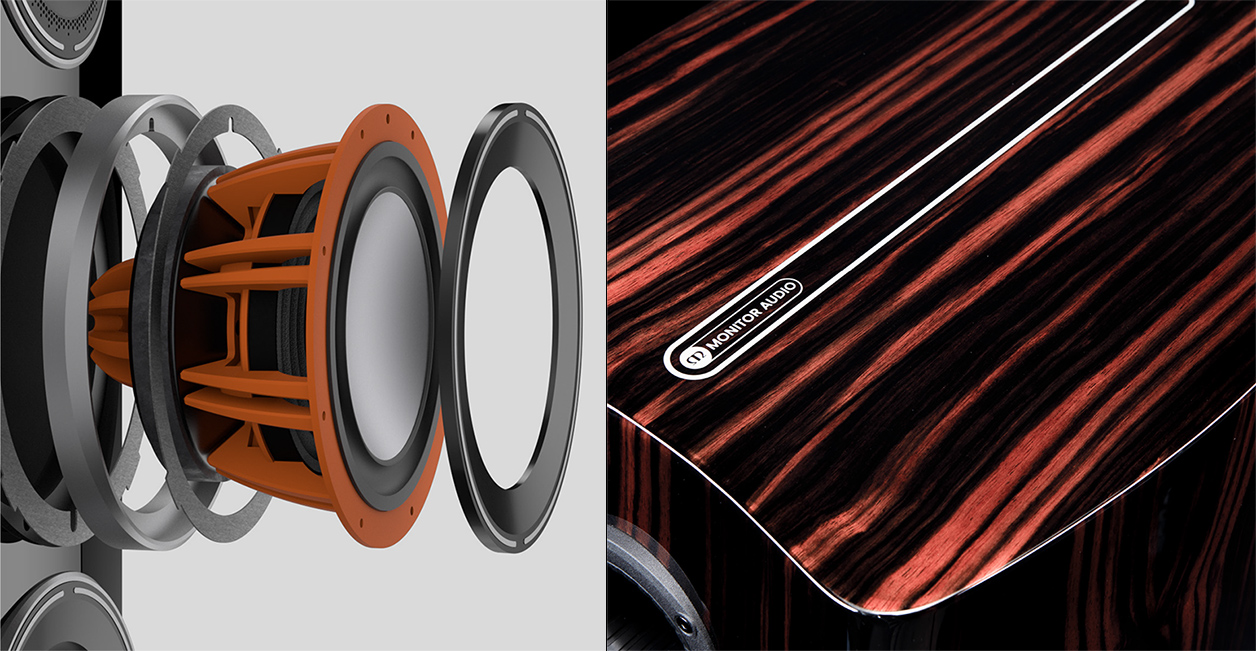 Eco patriots considering fellow Brit brands B&W, KEF and Tannoy should know that Bowers & Wilkins are owned by DEI Holdings which itself are owned by private US equity firm Charlesbank Capital Partners. The same electronics umbrella includes Definitive Technology, Polk Audio, Denon, Marantz and Boston Acoustics. KEF are owned by GP Acoustics International Ltd, a subsidiary of Gold Peak Technology Group Ltd of Hong Kong. Tannoy are owned by Music Tribe of the Philippines. Of this quad, only Monitor Audio remain British owned. In a blurry picture it's a fine detail for those keen on supporting local economies to keep revenues inside their chosen country. There's also this. 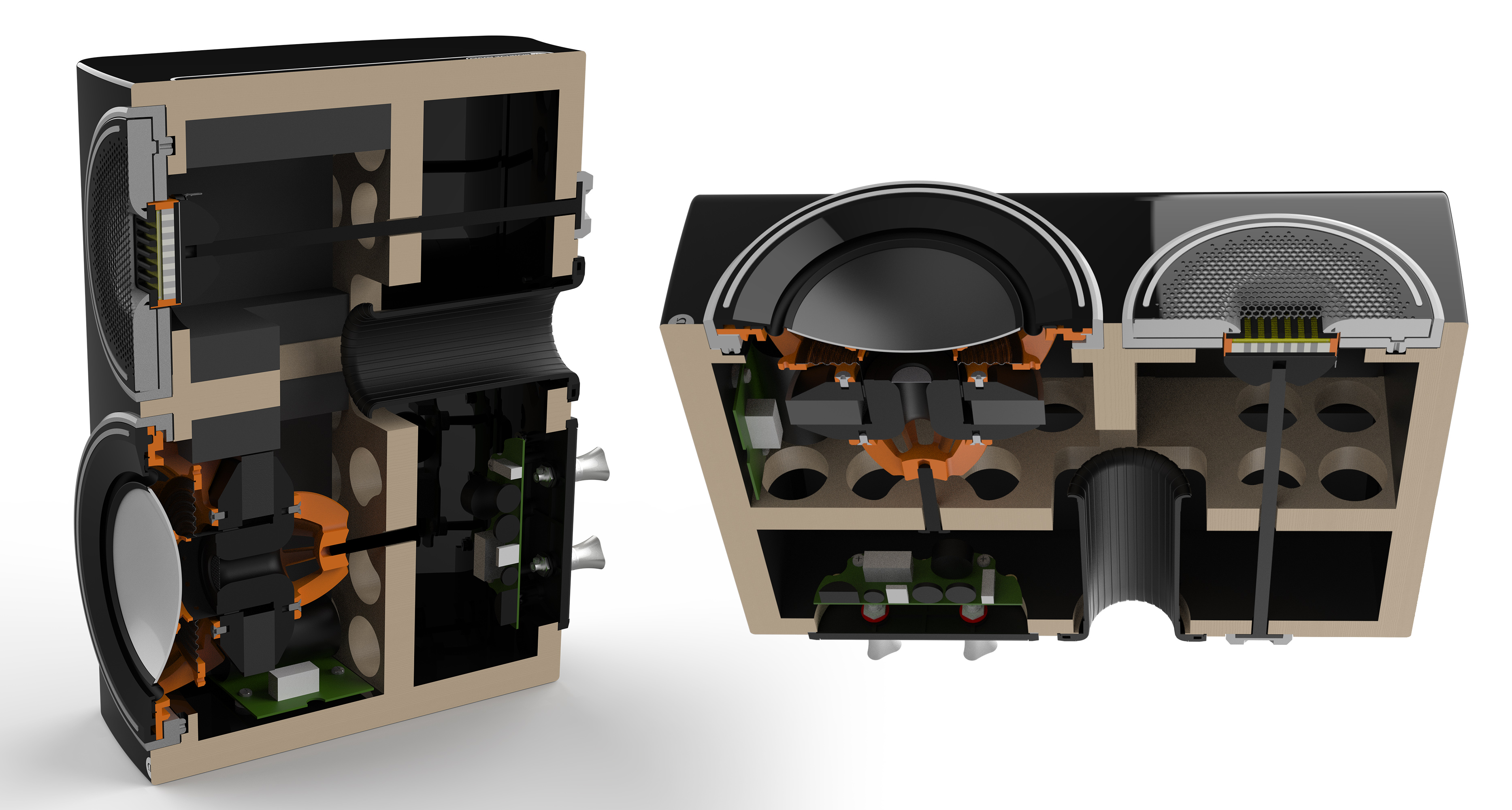 Use mouse-over for loupe function. Note the tension bolts between tweeter pod and back panel and mid/woofer magnet and vertical cross brace plus the deeply inset front-baffle driver rings.

… to be continued when the well pre-booked loaner pair becomes available; which won't be soon I'm told. Supply, demand and all that Jazz…