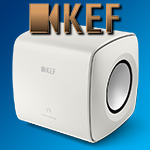 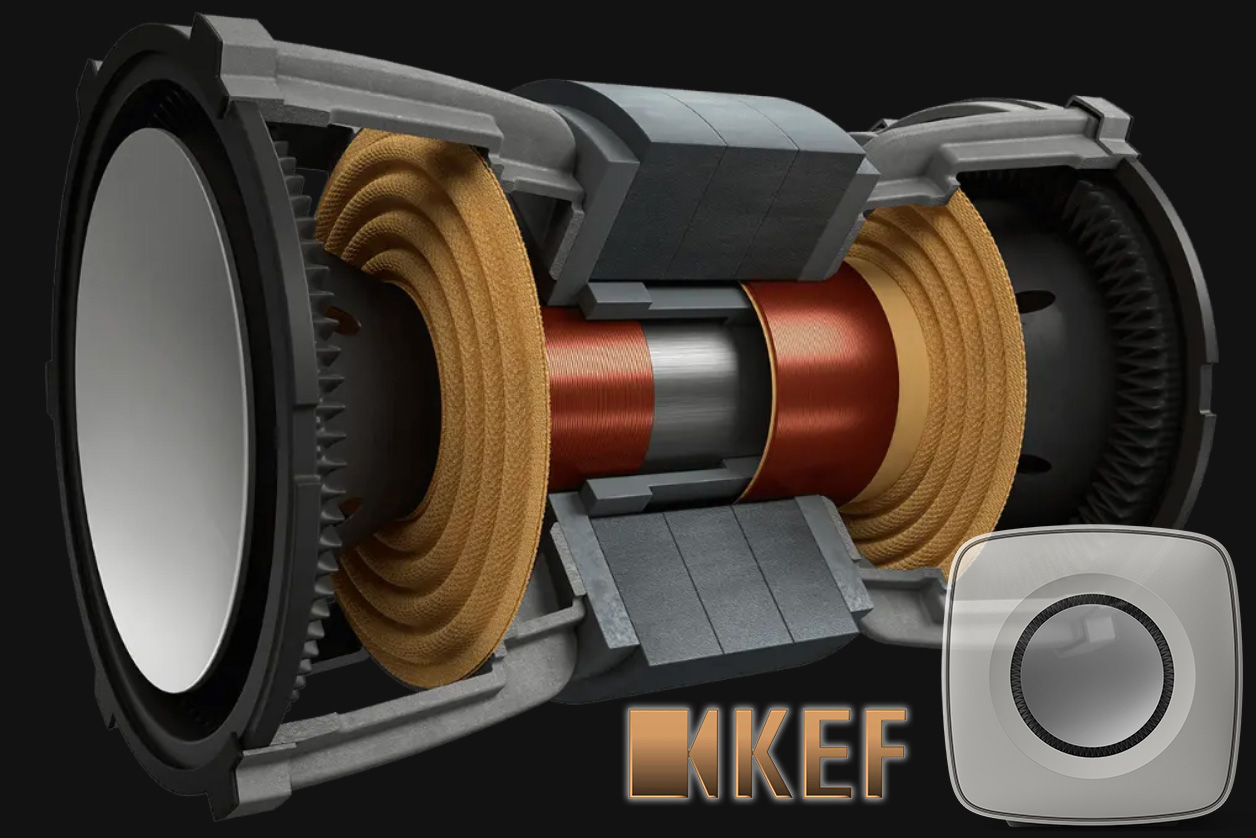 Unicorn sighting? Only if you misspell it. KEF's Uni-Core array is real. It's a patented solution which moves two force-cancelling woofers into 1/3rd closer proximity by sharing one motor system with concentrically sleeved voice coils. The first model to exploit this invention is the KC62. It's a black or white micro subwoofer. It combines two 6.5" woofers with 1kW class D inside an extruded 14kg curved aluminium shell of ultra-compact 246 x 256 x 248mm proportions. That metal enclosure doubles as heat sink for the electronics. DSP presets go by room, wall, corner, cabinet and apartment to input boundary gain compensation. That DSP also includes a dynamic smart limiter to avoid clipping and driver failure.

Next come 105dB max SPL and claimed 11Hz reach at unspecified decibels. The ModalAkustik MusikBass began its 6dB/oct. acoustic roll-off at 35Hz. That had it -6dB at 18Hz despite dual 12" woofers. It was from so-called RiPol loading. Whilst avoiding room pressurization by operating as a velocity converter instead, it suffers out-of-phase cancellation. With KEF's standard 360°-radiating pressure generator, that's no issue. Rather, corner loading invokes maximum room gain. 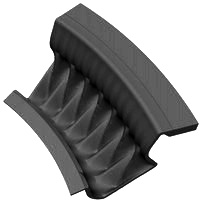 An RCA-based 4th-order 24dB/oct. low-pass is 40-140Hz variable. LFE signal already filtered in an AV receiver or pre/pro will bypass it. A matching high pass on RCA outputs can alternately daisy-chain a second wired subwoofer. Speaker-level inputs via Molex connector are also supported. The woofers showcase another KEF exclusive. It's the P-Flex or pleated origami surround shown at right. As Fostex and Purifi do with their suspensions, complex geometry in the flexible rubber increases its rigidity. Here that's done to resist deformation caused by high pressure inside the cabinet. A third KEF innovation is patent-pending real-time motion feedback. It reduces distortion by measuring the electromagnetic counter current created by the driver's motion, then deduces diaphragm acceleration from that current which informs the DSP engine. Philips had early sensor-based motion feedback decades back. Various servo subwoofers from Genesis and Velodyne still apply their own. KEF call theirs Smart Distortion Control Technology.

These three innovations follow KEF's earlier meta material. That's a Medieval labyrinth-shaped diffuser which absorbs 90% of rear radiation behind a tweeter. Someone at the company's R&D lab must be drinking hyper-caffeinated brain juice. Innovation stimulates evolution. Those who insist that nothing new happens in hifi must keep an eye on KEF. Their team clearly aren't content to rest on their laurels. Of late they've bowed a number of inventions which promise to advance the state of our audio arts. With the KC62, it's about shrinking the physical package whilst still offering true subwoofer performance.