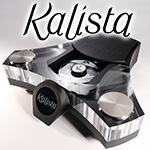 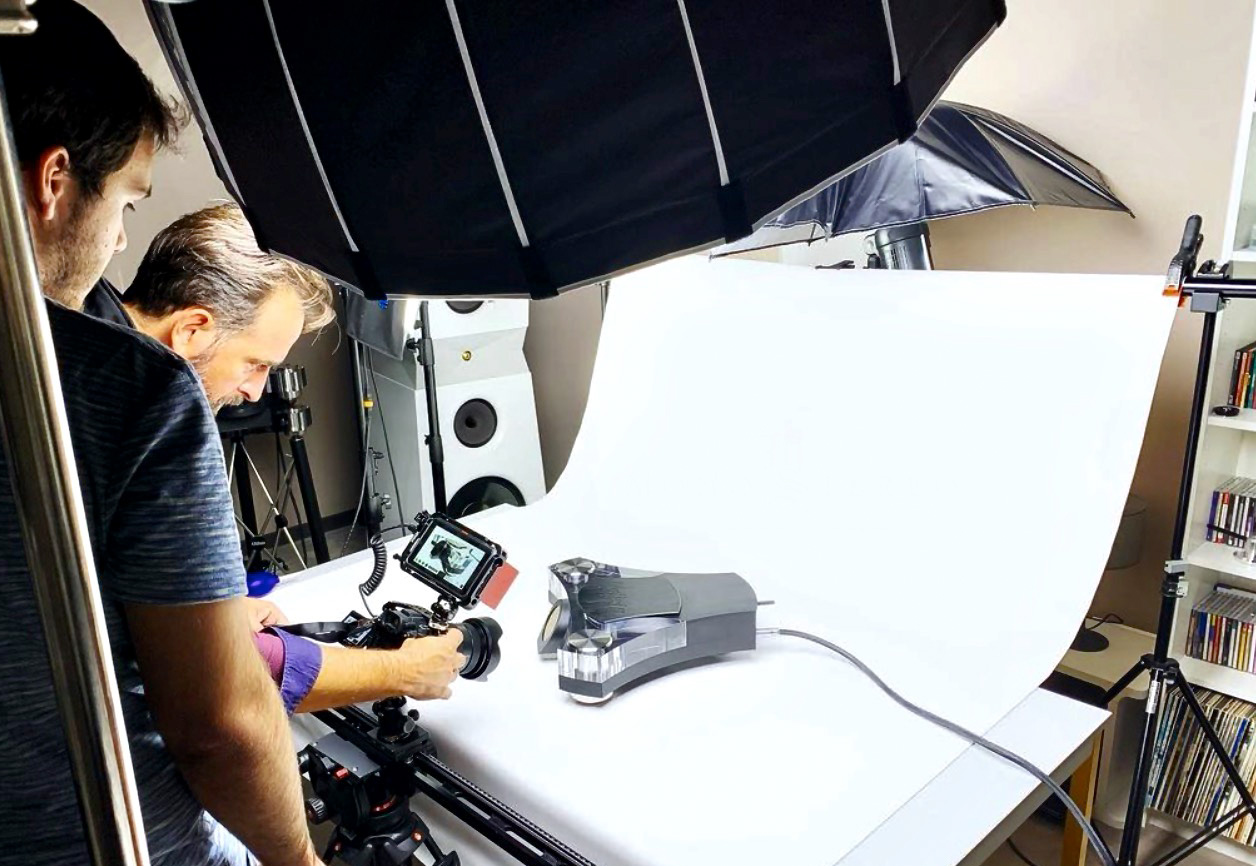 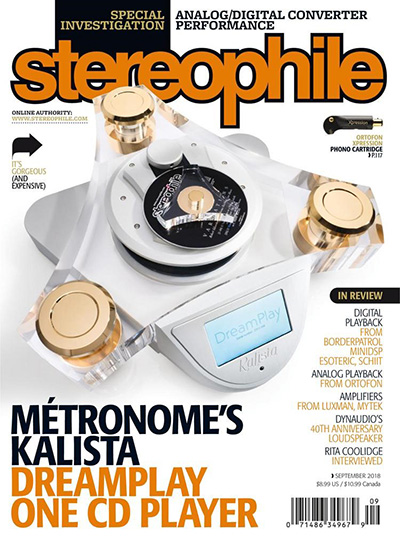 Kalista. It's to Métronome not what the AMG division is to standard Mercedes-Benz. Kalista models look radically different than do their Métronome counterparts. Higher performance is expressed in far more than just an extra sticker above an exhaust pipe. In fact advanced industrial design and a new materials palette are an intrinsic part of Kalista's performance equation. This goes well beyond go-faster stripes. It's why this range has its very own website like a Maserati dealership that locates far removed from Car Row's Volkswagen and Honda lots.

That Kalista engineering transcends mere eye candy our Gallic team demonstrated elegantly with their DreamPlay Twenty-Twenty turntable below. Nobody saw that coming. Even the confident engineers at Schiit who admittedly ply the opposite end of the pricing tracks had to admit that building a turntable fell beyond not their design chops but manufacturing consistency when the Schiit Sol discontinued soon after its release. 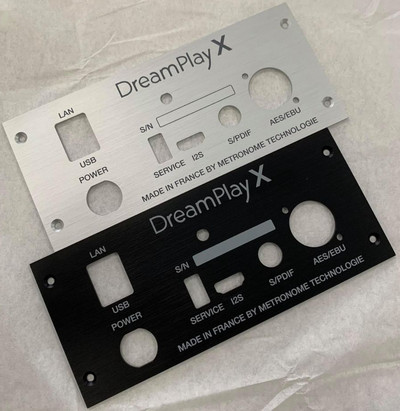 Prior to formal production, we had to take our first hint of the new DreamPlay X from the company's own photo shoot above. It put us on notice of a slanted circular display. Until now that had been rectangular like that of the DreamPlay One player on Stereophile's 2018 front cover.

Art Dudley's review ended four square with "… although it's been a long time since I last heard Naim Audio's 555 CD player, a discontinued product that until now I considered the world's best, I'm confident in saying that the more vivid, more spatially accomplished, and no less musically accomplished Kalista DreamPlay One goes it one better. Music, sound, ergonomics, appearance – the DreamPlay One is without flaw in every regard but price."

The inwardly bowed triangular footprint remains as a signature design cue. So does the application of very thick clear methacrylate. To learn what boss Jean-Marie Clauzel had done for its D/A converter option to gain the 'C' suffix, I had to await my loaner. That the Elektra power supply remains external goes without saying. That the fire which leveled Asahi Kasei's Japanese DAC chip factory to the ground might have prompted a switch to another supplier is likely. It's something many competitors had to do and Métronome/Kalista have long favored the AK4497 chip. That on-the-fly resampling to DSD would still factor was also likely since it's been an ongoing feature of recent Métronome DACs. That the i/o panel features LAN, USB, I²S over HDMI, S/PDIF and AES/EBU we already knew from this earlier FaceBook sighting. Was part of the machine's top an access panel to hidden tubes or just exposes the transport? The inset of the first photo past the sponsor space is the metal skeleton which the new machine ensconces in Perspex. 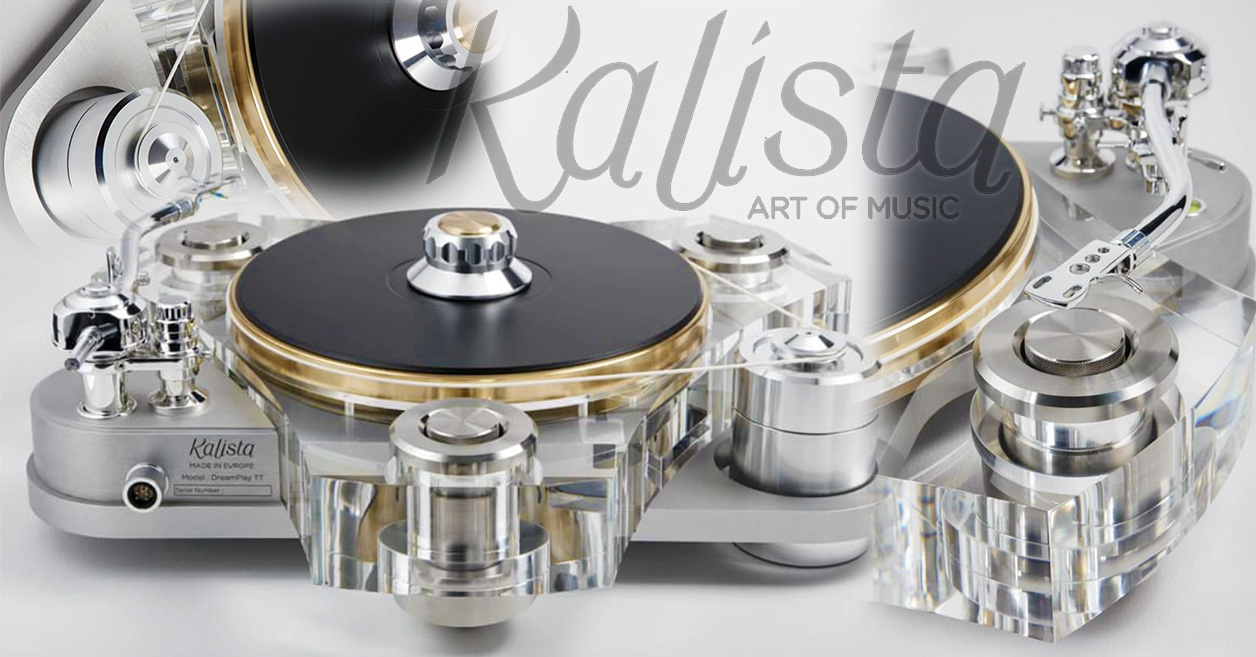 How the whole bag of specs shakes out we'd know by mid December. 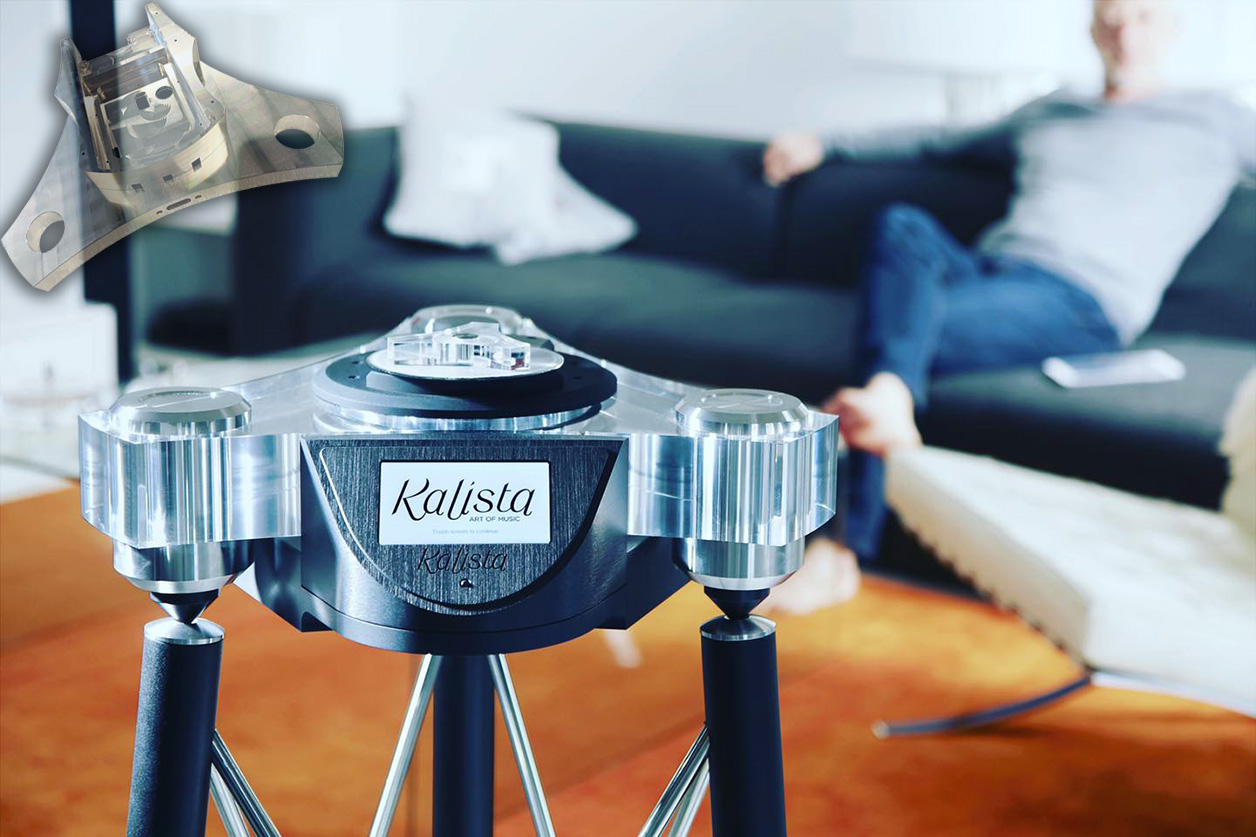 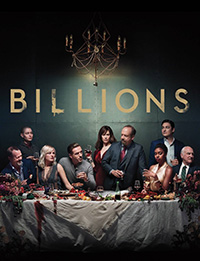 For dedicated Kalista tripod stands, we look as always to the artisans of Spain's Artesanía Audio rack company whom I visited here. Which gets us at "The third Ortolan". It's a scene/episode in the 3rd season of the TV hit series Billions. In a French restaurant heads bowed reverently low, hedge-fund manager Bobby Axelrod and his lieutenant Mike Wagner wear starched skull napkins. As the custom has it, it's to hide their shame from God. They're about to eat ortolan served up by real-life celebrity chef Wylie Dufresne. "At the climax I felt the crack of its little rib cage and the hot juices rushing out down my gullet," Wagner exults. "Sublime. Got any more? I'm still a little peckish." Dufresne cautions, "you know what they say about ortolan. One is bliss, two gluttony." Our rapacious scumbag Wags retaliates as only he can: "How 'bout three?"

Like foie gras that other French delicacy, there's real cruelty involved. Ortolan birds are fed a grape/grain diet in constant darkness. That triggers gorging which fattens them up to twice their natural size. Finally they get drowned and marinated in Armagnac. Ostensibly outlawed, the rich still find ways to indulge. That's our cue. When hifi publications cover very expensive gear—particularly gear which dares to make bold design statements like Kalista—reviewers often get defensive. It's as though such coverage rubs up against venal Billions characters to demand immediate safe distance. "I only write about this stuff. I neither partake nor condone." Part of the reactivity probably stems from the gear eclipsing what the writers themselves could ever aspire to. It's like dating someone far out of our league. Insecurity beckons. We're on the wrong side of town. Forum hyenas not equally blessed can't abide that. Witch hunts ensue. That most affluent buyers come by their wealth in perfectly unimpeachable ways gets lost in the noise. Ditto that paying premiums for exclusivity, unique looks and elite finishing can be happily worth it if you demand them all. Be gone or gorgeous. One needn't be a Wags to ask about three… Kalistas for a full source set. Alas, that won't be today. I merely signed up for one. Bliss?