6moons will bring Bellatrix to Ireland for a few short weeks past the Warsaw show when a pair with a massive 1'000 hours on it has been earmarked. After that an enterprising dealer here or in the UK must formalize a more permanent arrangement. "Got piece of heaven. Care to visit?" Given Ireland's famous rain, few of course would believe it. Perhaps a Spanish or Portuguese dealer would do? Divine don't have one yet. They do in Italy. That too gets sunny. Personally, I prefer it when even in August everything remains emerald green rather than gets the dirty brown it did when we lived in Cyprus or Southern California.

Bellatrix plays backpacker so the loudest part of the room (inside the speaker) doesn't see the microphonic filter components.

If you work from home, the weather matters less, commutes disappear and so do the costs of separate business premises. The upshot can be lower pricing. That may grow still more competitive when salaries aren't paid out in Germany or Switzerland but Poland; and when the staff is mostly just one man. That production volume can't compete with big factories to extend potential lead times is part of the same picture. Blessed are those who discover what they love to do and are good at—both mutually reinforce each other— then get to make their livelihood from it. Perhaps that's part of what's behind company name Divine Acoustics? 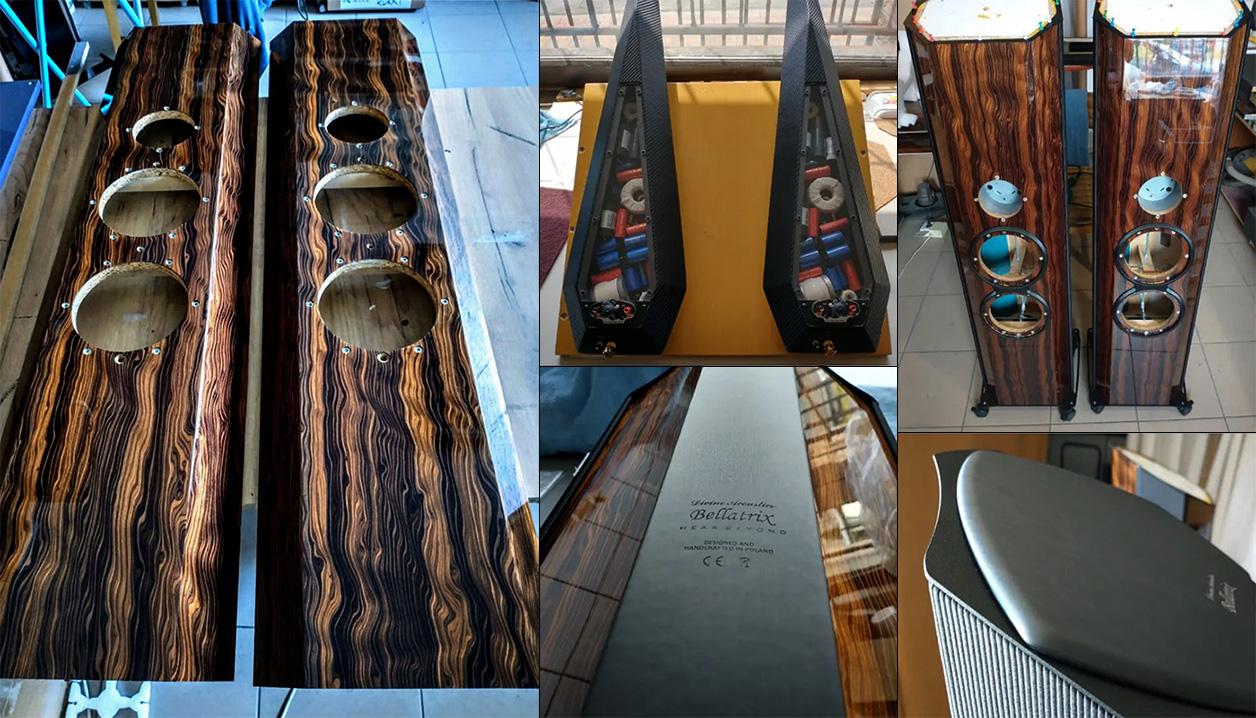