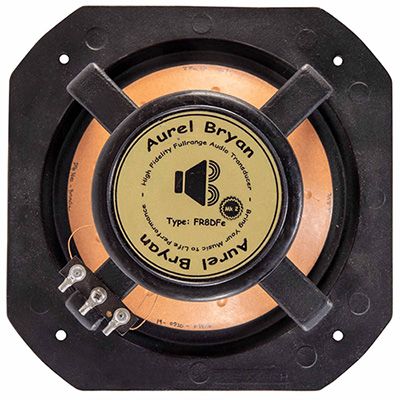 "Magnet system. This consists of the magnet itself and the iron to create the magnetic gap for the voice coil. Ferrite, neodymium and field coil all have their own sound and cost which reflects in the final price. Cheapest is ferrite to be our entry-level choice. Neodymium is the step up to a stronger motor with better detail and resolution. Field coil is best but needs a dedicated power supply to generate the non-permanent magnet. It has even better inner detail and transparency like an open window on the sound.

"The magnet's diameter was another variable relative to its power and becoming a reflector for the cone's back wave. Iron composition and quality, magnetic gap thickness and face plate thickness based on magnet strength and targeted Xmax ability all were issues. I use a high-quality iron rod for the face and back plates plus pole piece to support my motor. A bandsaw and precise milling machinery handle production. Learning how to machine the iron for a perfectly consistent voice-coil gap meant chasing higher-quality iron which didn't come cheap. The final balance was between magnetic gap thickness and highest voice coil travel.

"Cabinets. When we launched first product in 2016, I started with a standard bass-reflex cabinet for all our drivers. It was a simple cabinet for customers to build over a weekend. I still used a resin-doped cotton surround for our 8-inch driver (2016 – 2020). At the beginning of 2021 I started developing a new surround with rubber-doped cotton which became a starting point to think about better cabinets for superior bass extension. The new driver with new surround has the bass character of a mid/bass driver to appreciate a more advanced cabinet. I opted for a transmission line to secure the best reach. Remembering that our drivers still have a high Qts even with the new surround, it could meet a TL's basic needs. A total of five big design changes not including tens of small improvements for each occurred across a 9-month R&D cycle.

"Starting with a textbook 5-fold tunnel, I continued to experiment with placing my driver at different points along the throat-to-mouth progression, playing with Sd for better weight and lower midrange warmth. The single mouth port changed to a distributed concept along the end of the tunnel and lastly placed a cover across it to fine-tune the result for a loudspeaker that can be placed freely in the room whilst providing well-balanced lower midrange warmth and weighty low bass." 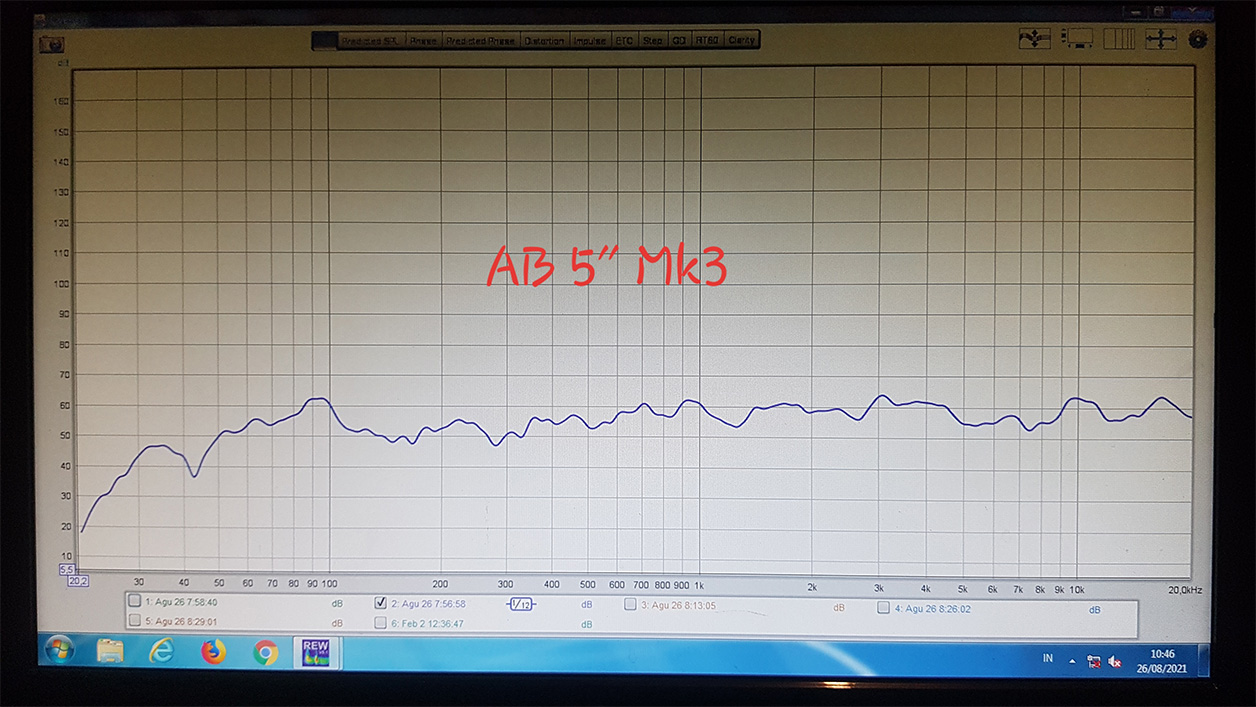 "The internal wiring also played a significant role when a single-driver speaker consists of just three major components of driver, cabinet and internal wiring. Each must support the other two. 11-gauge 4mm² cable to each terminal was a must. As we know, one of the negatives of widebanders is their thinner lower midrange and lack of bass weight and reach. Each cabinet progression and cable choice pursued more body and weight from 400Hz down to its driver's Fs with many measurements and auditions. The final cabinet named Rev 5 provides a flat response for each driver diameter. Obviously the sub 100Hz band is dominated by the room so speaker placement efforts must still be made for best results." 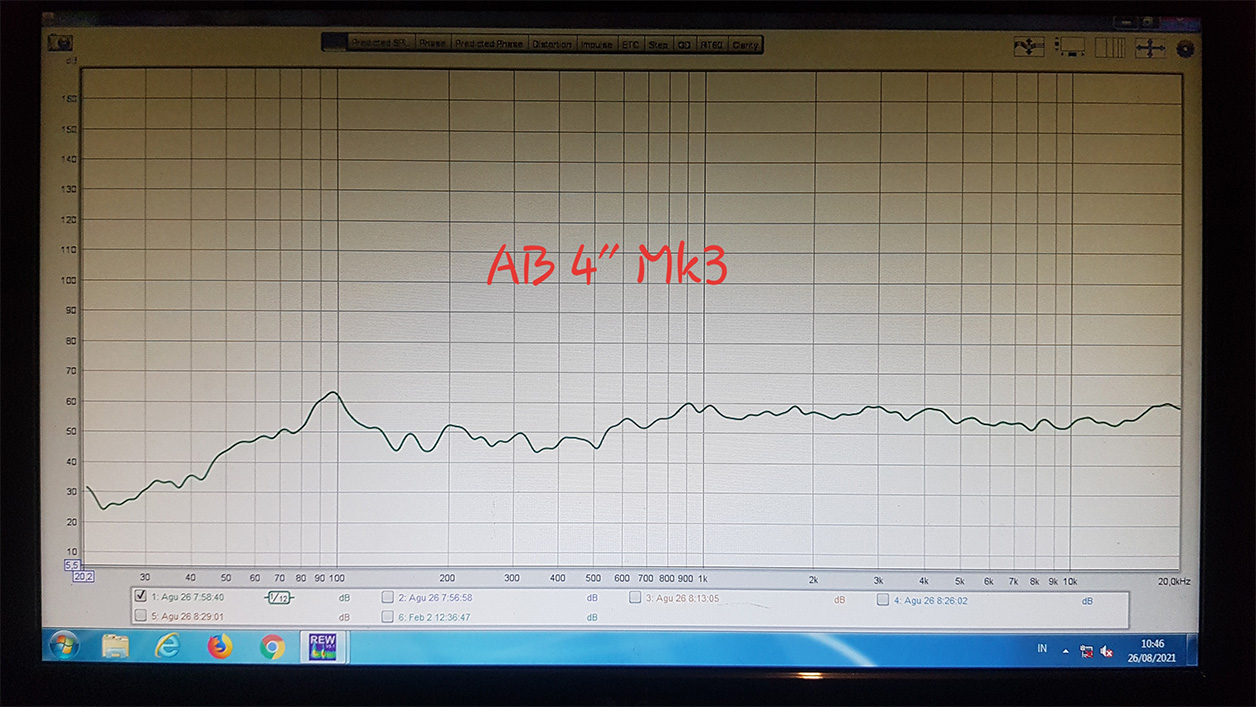 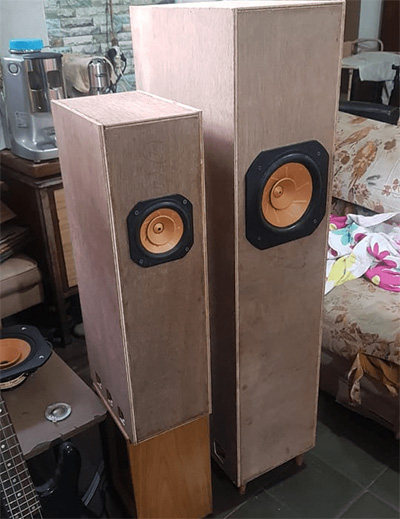 "In conclusion, Aurel Bryan launched in November 2016 at the Indonesia High-End Audio Club (IHEAC) show in Jakarta. 5 years of continuous improvements led to our Mark 3 iterations. Every aspect of the first generation has been perfected in the drivers and their supporting cabinets. The upper response is flat to 20kHz combined with bass down to 30, 40, 50 and 60Hz for the 8, 6, 5 and 4-inch drivers respectively. All have the same critical organic midrange quality. My speakers are easy to drive, with voice-coil wiring of 0.1-0.2mm almost as thin as a hair. A minimum of 5wpc will drive them and up to 30 watts of music power are fine. Both transistors and tubes perform well. Living in Indonesia as an emerging country is an advantage because resources are easily available and affordable. That helps us set a high price/performance standard for users everywhere. I handcraft each Aurel Bryan driver with a small staff to help with certain other production stages. I insure that everything is built precisely to my specs and handled with care for perfection. Of course any single-operator enterprise is limited on production quantities so we apologize in advance for the required patience when ordering from us."

With Rudy's next email, his offspring had gotten named.

"The 4-incher is Pico and recommended for desktops or 9-15m² rooms and 15-30wpc, with 1.8-2.5m of speaker-to-speaker distance and a speaker-to-ear distance 1.2 times greater. For intense voicing, have the speaker axes cross in front of the listener so that from the chair you see just a bit of the cabinets' outsides. Mild voicing crosses the axes behind the listener. These setup options apply to all models. In the monitor version, a pair of Pico weighs 16.5kg including packaging. The floorstanding pair weighs 24kg. Their F3 is 50Hz.

"The 5-incher goes by Nano and claims -3dB bandwidth of 40Hz to 20kHz. To Pico's double ferrite and neodymium motor options, it adds a field-coil version. Nano aims at 12-18m² rooms and 6-30wpc." Rudy recommends a 2.2-2.9m distance between with again a listener distance 1.2 times greater. The ferrite and neodymium pairs weigh 34kg shipped, the field-coil version with power supplies 54kg.

In the flat-packed versions—glued-up samples above—a pair of Pico monitors with packaging weighs 13.2kg, the floorstander 20kg. The Nano kit hits 27kg, Micro 35.8kg and Mega 48.5kg. Now we've got the big picture and the closeup. Technical-minded DIYers can still pursue Rudy for a full breakdown of each driver's specs. To the average reader, those would be gibberish so we won't do it here. What we will do by way of anticipation is revisit a key word Rudy used to describe his fascination with widebanders. Raw. That word can stand in for a range of qualities. Uncensored so brutally honest. Coarse. Intense. Immediate. Raggedness. Ultra direct. It's not about prettifying sounds or measurements. It's not about perfect linearity. It's about just enough linearity to not disturb or distract us from the headline act of rawness. It's not about extreme bandwidth. While today's 8-incher makes very little apologies on paper, as diameters and cabs shrink, bass reach diminishes. That's obvious. It simply bears mention when it speaks to the same mind set. 'Sufficient' is good enough on certain fronts as long as the most important quality remains as potent as possible. Here detractors call out lack of balance. Aficionados retort with a riff on the famous Duke Ellington lyrics "it don't mean a thing if it ain't got that swing". If your core playback button matches Rudy's, none of it means a thing if it ain't got that rawness. In anticipation of Mega Neodymium's arrival, that seemed a fair statement. The obvious question was, how much linearity or smoothness had Rudy sacrificed at his altar to rawness? Would my ears agree with his or consider it all a cheap trick? In these leagues, $1'350/pr prior to shipping certainly is its own trick—just not a deception—and an affordable one if the sonic reality matches these promises.