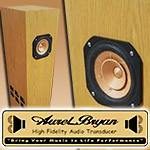 Backing in reverse, stand clear please. That's how the email from Joshua Jacobson aka Bob from Estonia began. "I have thought hard on this letter as it has a weight, a certain gravitas. I have trusted you for decades, now I am coming in reverse. I have enjoyed our walks, reviews, emails and gear bought equaling my yearly teacher salary (Vinnie Rossi Lio and Boenicke 5w+). Followed my pied piper away from vinyl and into digital. During our last emails in October I was close but not yet there with the natural sound I was after. I said I was giving it one more push before calling it quits with digital and I was ready to go all in. You sent me on a beautiful walk. I found my sound in the direction you pointed; the natural sound I was after: a humble single-driver speaker designer in Indonesia, Rudy Gunawan. Only has a FaceBook page with videos. He is living his dream called Aurel Bryan named after his two kids. 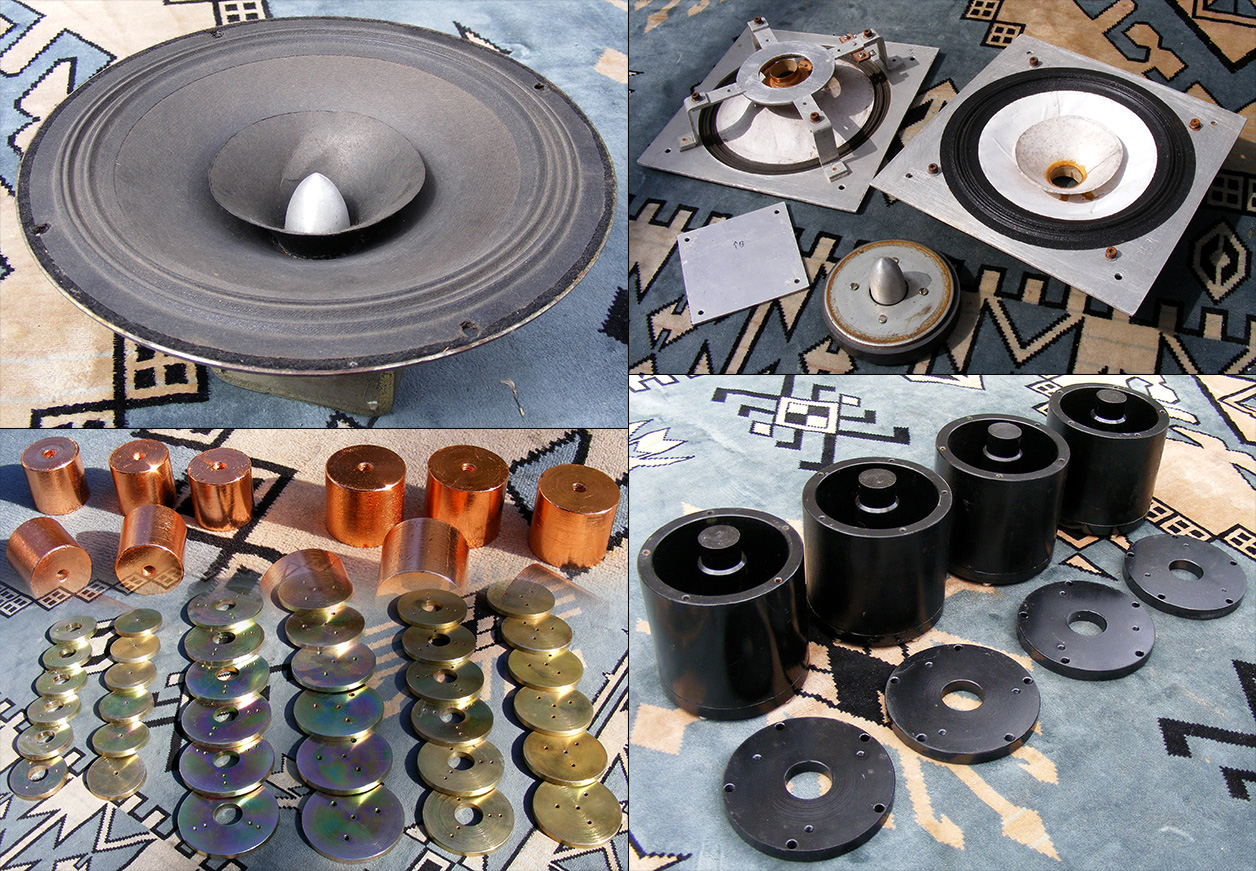 "I don't know how to convey this to you as to me this story also conveys the spirit of 6moons. Rudy is in reverse. When I asked how he does what he does, he said that his gift is his ears. He hears a natural sound and always has it on his mind. There were 9 months of Rudy and I teaming up since I first heard his drivers in a simple card-board baffle in my living room. Before the first song had finished, my wife left the kitchen and said wow, so real. Then she sat down and listened for the full next hour. Her reaction was a shock, the drivers were even more so. They also erased my only hanging doubt over your integrity. Apologies to you and your wife. 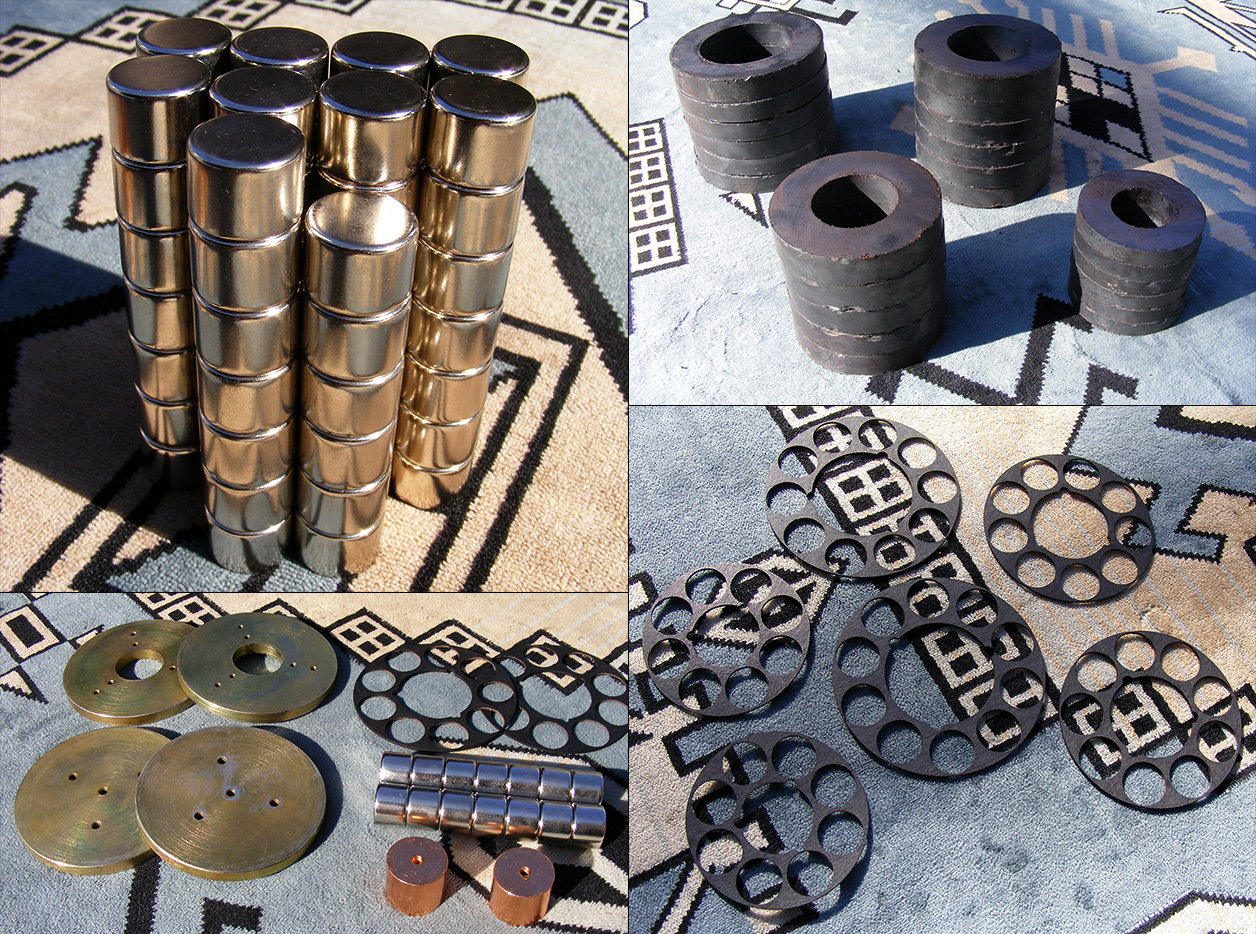 "Rudy has been struggling to get sales going for several years. I struggled to help him until I understood him better. In our work I helped him to push the sound, I got feedback from designers—about a better midrange than Gallo, impressively no shoutiness, "I've some really high-end stuff here, might be the best midrange I've heard"—and observed improvements from initially no bass, doesn't rock, isn't balanced, suffers some peakiness. Rudy made four redesigns with all our collected feedback, each somehow besting the former. Previous customers could send their old drivers back and he rebuilt them. Helping build his sales model fell flat until it took off with the same enthusiasm of his redesigns. It happened last week when I understood how Rudy's vision only moves in reverse."

"All at once I realized that I hadn't really been listening to Rudy. Then I knew that his superpower was the perfect match for his sales model. I wrote out his sales plan in a single go. He said he was bad at it but he is not. I was bad by doing things the normal way. I knew that when I sent him the reverse plan, it was right as it was taken from all the moments you and I walked together. So when I sent the new plan, it was like waiting for me. Rudy's part was all there firing off. My part was to start the reverse sales model. Rudy's speaker design starts with the natural sound. His sales model would start where most hope to end, 6moons.

"I have no idea what you must be thinking. Working with Rudy, his passion and sound over these past 8 months, it just feels right. It is the craziest idea. All I can think is that somewhere in Rudy's story, you can relate to how crazy your idea of 6moons sounded when you first started but here we are. Someone must have understood your vision then too. To them it wasn't so crazy, even felt right. So I thought on how you and I go back, how I contributed the Scheu turntable review. Hey, I'm Bob from Estonia. I love this site. I am just a poor teacher. There's nothing in this for me. I just make an introduction. So my letter ends back up top."

When I asked for Rudy's FaceBook page to learn more, Joshua sent this link. "I got there from a 2017 comment by Leon Huijgen, user name Leonidas, on DIY. His usage of the word aliveness of the Aurel Bryan stood out.  Not sure who I googled first, I think Leon then Aurel Bryan. I found out how one was a big name in speaker design, the other an unknown. The earlier pics are of where we got to by now. The largest version is the 8" driver. The speakers are flat-packed designs of Baltic birch which just need glue. They have lots of partitions so aren't for the faint of heart but are done properly on a CNC machine. The samples in the photos are finished in veneer. Flat pack reduces costs since Rudy's mission is affordable true high end. Finished pairs are an option. The drivers' sound has seen lots of revisions and four complete redesigns across 8 months. The midrange magic has been the constant. Vic of Transfi Hifi and John of Temple Audio were extremely helpful. Both thought that these have possibly the best midrange they ever heard. Vic had Gallos on hand, John lots of big-gun speakers. Neither felt confident without side-by-side comparisons which was best. They had version two and noted lots of weaknesses, especially Vic.

"Rudy took our collective criticisms and delivered. Balanced sound especially in the bass but also highs and more grunt were major goals. His drivers have not been picky about components. Rudy and I prefer EL34 amps and vintage CD players, Vic and John run transistors and computers. Rudy's improvements each time were noticeable straight off, like the same spectrum just more of it. The best description is perhaps an ever better seat in a good music venue. With the very first version, you were still in the laps of the violinists. We have a website under development, limitlesshifi.com. My sense is that Rudy needs some final 'formal' input before he feels he got them to their ultimate potential, one final revision. Your question about pricing is a total reverse move and one we need."

In his pursuit of the perfected widebander, Rudy is joined by Lii and Tang Band amongst just two other outfits.

In his next email, Joshua's backed off his involvement. "Read my last email. Gave a false sense of my role moving forward. Doesn't sit well. I don't want to skew Rudy's chances by falsely making myself look big. Maybe OEM is best for him, maybe there is a perfect partnership that pops to mind? Logistics from Indonesia will be a bottleneck. Product, price, service and quality are all fantastic. In reality I'm just an enthusiastic customer who enjoyed the experience, knows a bit but lacks industry know-how." It was time to ask for Rudy's email. Rather than start there, I simply wanted to lead with Joshua. He painted the proper picture of how many sole-trader enterprises begin not just in audio. Hello midnight oil. Hello winning a few enthused then committed clients who bounce around honest feedback then want to help. Hello perfecting a product. Hello wondering how to transition from there to a proper business especially if you live in a remote corner of the globe relative to easy commerce. 6moons started in a modest earthship in Taos, New Mexico. I could relate. Nearly 20 years later, perhaps I now was in a position to help Rudy out a bit. If so, this page is how it started. Here's Rudy's email: grudy77 at yahoo.com.