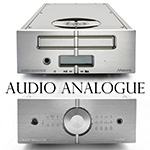 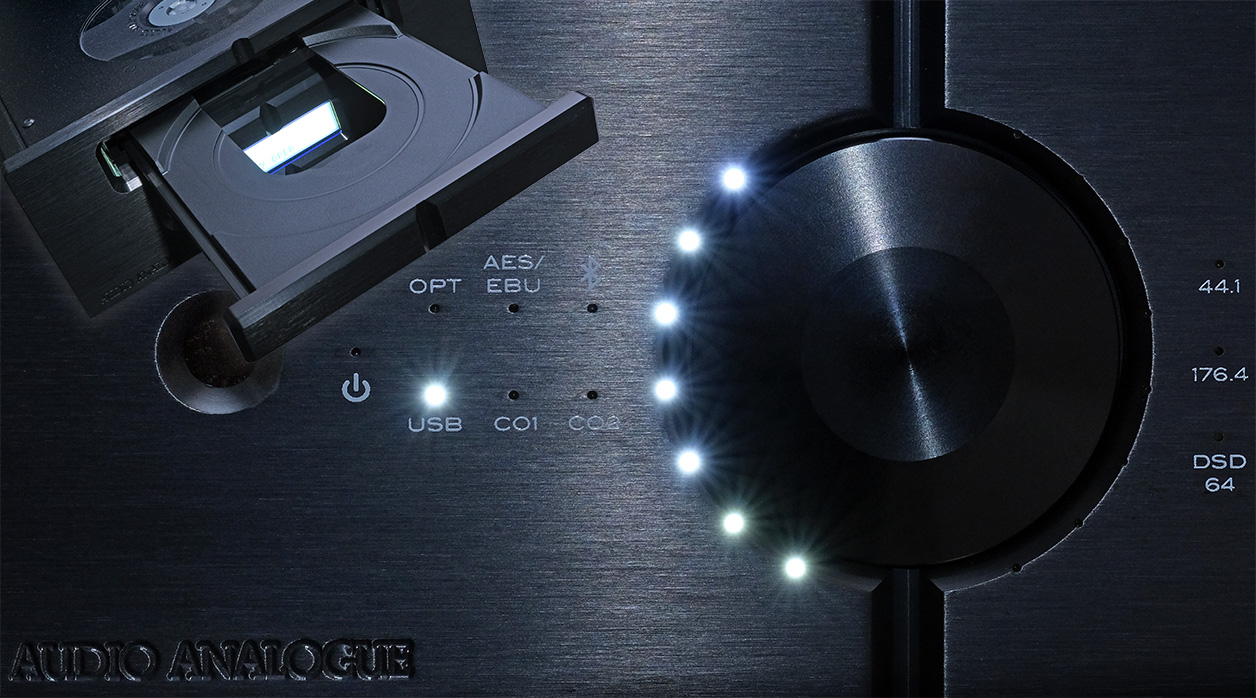 Researching 'analogue' in Italian to learn whether its meaning differs there, I hit up leo.org's online dictionary. Epic fail. In the Roman language, the word doesn't even exist. I now wondered why this arch-Italian firm proudly situated in Tuscany calls itself Audio Analogue, particularly when they'd just sent me two digital decks christened AAdac and AAdrive. But with them established since 1995, this had obvious method when their very first product was the Vivaldi DAC. The present PureAA Line extends beyond my loaners to the AAphono and class A/B AAcento integrated, the latter the only one of standard 445mm width. At 220mm each, the other three are approximate half-size contenders. 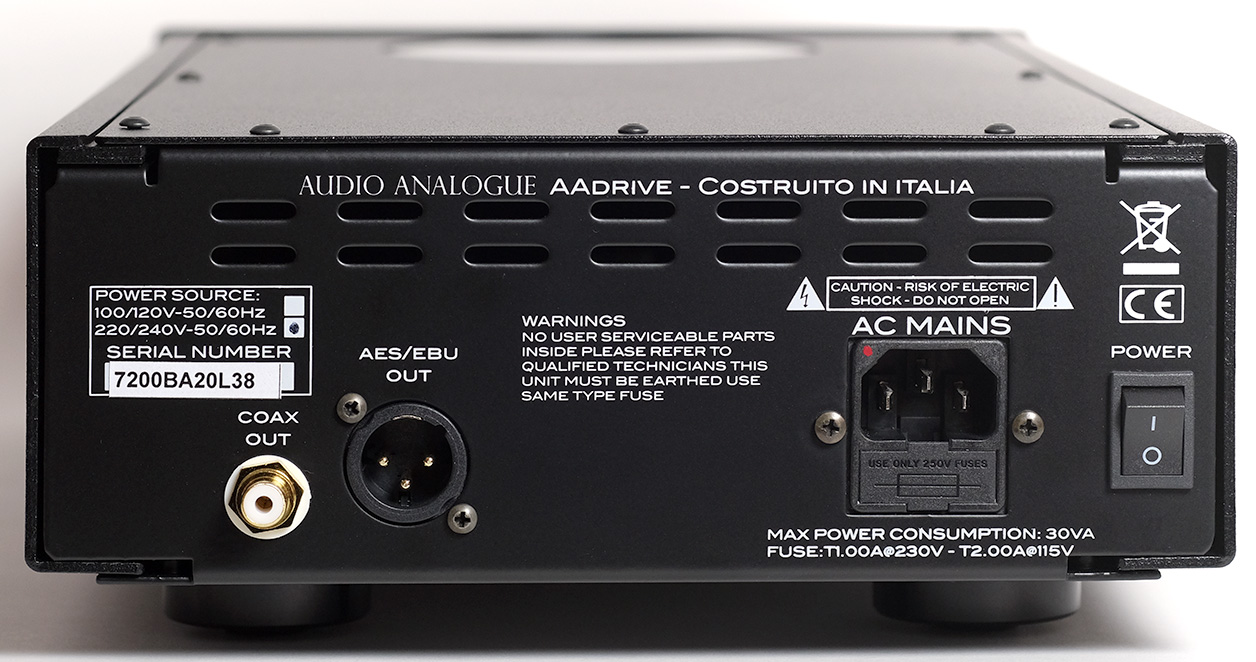 Delighting me personally, these machines don't just come in silver but also black and I found their industrial design very well executed. Italians tend to ace that if often not with commensurate fit'n'finish. But here too Audio Analogue cater to high expectations. My samples looked bello. For completeness sake I should mention the Anniversary Line which bowed in 2015 to celebrate the company's 20th anniversary. Here they offer a big preamp, stereo amp and two integrateds.

Despite the PureAA line's self-declared 'pure' bit, the AAdac is no minimalist puritan but full featured including volume control. Should you run digital sources exclusively, you could go RCA/XLR direct to amp/active speaker and eliminate a preamp. There's even a 6.3mm headphone out. Purists can bypass the volume control and run this as a fixed DAC. For digital inputs there's USB-B, 2 x coax, Toslink, AES/EBU and Bluetooth, a lovely convenience for smartphone visitors who consider aptX sufficient. For higher sample rates, the AAdac relies on the Sabre ESS 9038Q2M originally created for advanced mobile apps with a compact form factor and low power draw but otherwise loaded with all of Sabre's usual tech. Audio Analogue deliberately stayed clear of their top Pro chip to instead focus on a more elaborate fully balanced analog output stage which has the sonically longer legs. The conversion silicon interfaces with an Amanero USB transceiver to support up to 32/384 PCM, DSD512 and MQA. 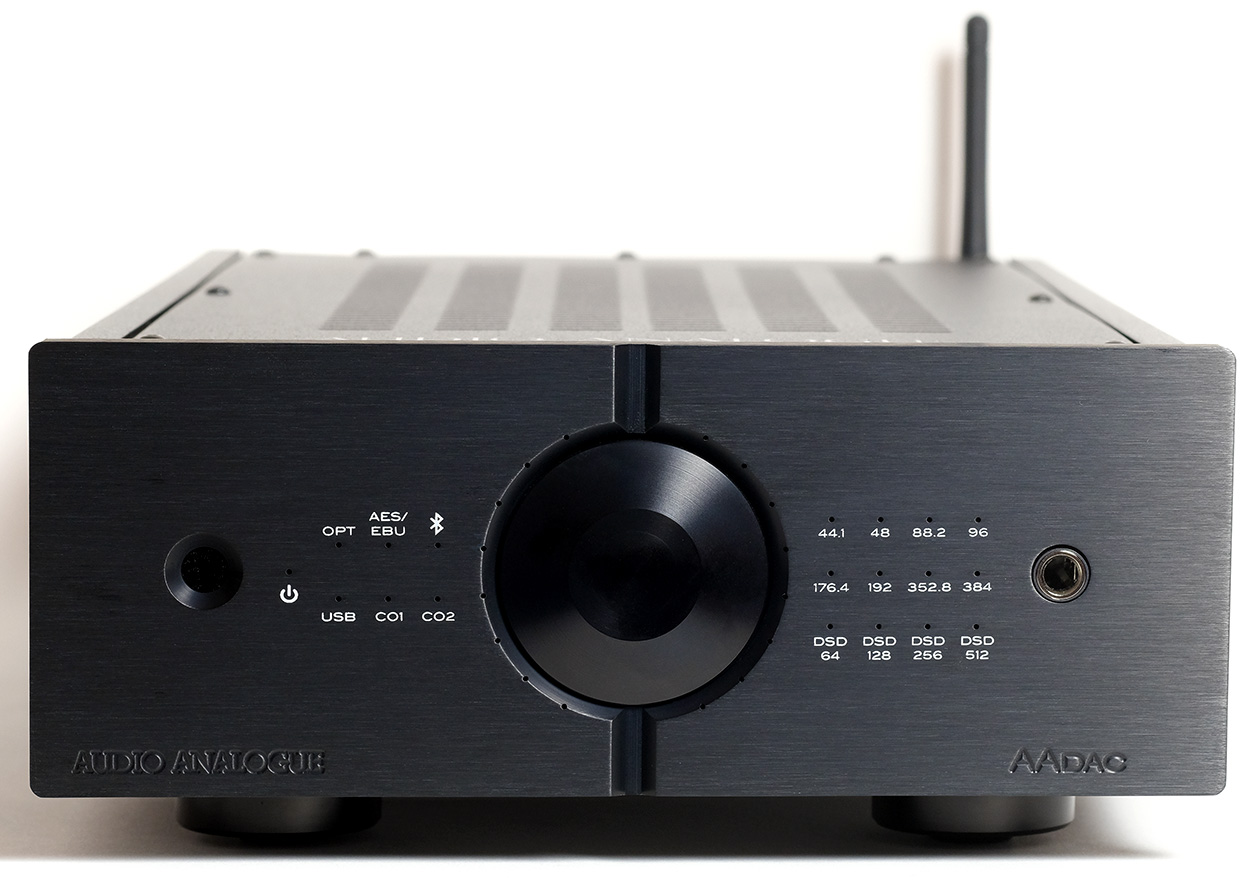 Active input and incoming sample rate are indicated by LED instead of a display to remind me of an hour-long discourse from Ivo Linnenberg. During my data gathering for his Teleman DAC review, he had explained just how difficult it is to source a display which won't impact sonics. Presumably Audio Analogue avoided a display for the same reason. Instead they apply separate boards and power supplies for digital and analog, discrete circuitry and symmetrical outputs. For creature comfort there's a classy remote.